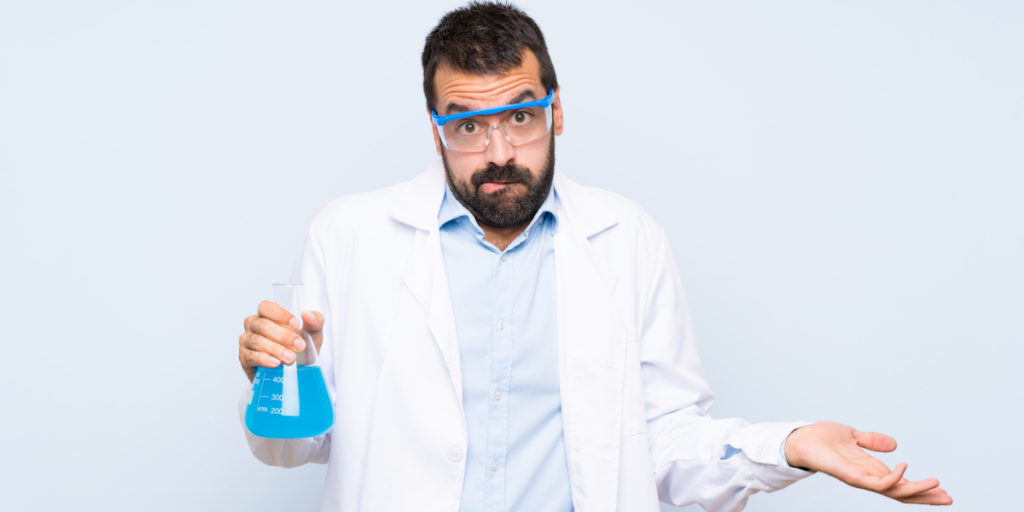 If you’re at all familiar with cell culture, you’ve probably heard of HEK293 cells. HEK293 cells are one of the most commonly used cell lines in laboratories across the globe. But what are they? Why should you use them? And what does the ‘293’ mean? Are HEK293T cells the same thing?

Read on for answers to these questions and more.

HEK293 cells are Human Embryonic Kidney cells, originally isolated and grown by Dutch biologist Alex Van der Eb in the early 1970s. They were transfected with sheared adenovirus 5 (Ad5) DNA by Frank Graham, a postdoc in Van der Eb’s lab. It was his 293rd experiment, which is why they got the tag HEK293. (1)

So, are HEK293T cells the same thing? Not exactly. The ‘T’ in the name of this daughter cell line comes from the incorporation of the SV40 large T antigen into the HEK293 genome – this means they are able to produce large amounts of protein from plasmids vectors carrying the SV40 origin of replication.

What’s So Great About HEK Cells?

There are many advantages of using HEK293 cells. They are a hardy, semi-adherent, low-maintenance cell line and divide rapidly, doubling about every 36 hours. They can be utilized for both transient and stable expression, can be cultured in suspension or as a monolayer, are easy to transfect (and can be transfected via a variety of methods), and are able to produce large amounts of recombinant proteins.

Because of their advantages and versatility, they are the second most widely used cell line after HeLa cells, the first-ever human cell line. HEK293 cells are used in cancer research, vaccine development, protein production, signal transduction and protein interaction studies, drug testing, and receptor de-orphanization, just to list a few!

HEK293 cells have been used to create various derivative cell lines that have their particular uses. Table 1 below summarizes some of the common HEK293 derivatives.

The needs of HEK293 cells are pretty simple. Non-negotiables include a humidified incubator kept at 37°C with 5% CO2 and a diet of high-glucose media such as Dulbecco’s Modified Eagle’s Medium (DMEM), supplemented with Fetal Bovine Serum (FBS). Culturing media can also contain broad-spectrum antibiotics such as Penicillin-Streptomycin-Glutamine in order to prevent common bacterial infections – but the use of antibiotics in routine cell culture can be detrimental to cells and results.

As I mentioned above, you can use a variety of methods to transfect HEK293 cells, so you have plenty of choice. You can even get specific HEK293 transfection kits with all the reagents you need included to make it super easy.

Because they grow quite rapidly, you can passage your HEK293 cells every couple of days (in our lab, we typically passage on Mondays, Wednesdays and Fridays). Similar to other cell lines, it’s pretty standard procedure to split the cells when they are in log (growth) phase, meaning that they are not quite 100% confluent.

High reproducibility of results is an advantage of HEK293 cells. However, if they are cultured for an extended period of time their health degrades. This can affect growth rate and translation efficiency, so they tend to become less reliable in terms of experimental results. If your cell line has been in culture for more than 20 passages, it’s best to thaw a new stock and start again. In our lab, for example, we typically won’t culture a cell line beyond 13 passages.

One key disadvantage of using any human cell line is that there is a risk of contamination with human-specific viruses – this risk can be mitigated, but it’s still an important consideration. Of course, the key to any successful cell culture is consistency and an excellent aseptic technique to avoid infection.

However, even if you are an absolute cell culture wizard, you can’t always avoid a mycoplasma infection. Mycoplasma can wreak havoc with your culture by affecting the health of cells, gene expression, and downstream experimental results, so avoid it by testing regularly.

The HEK293 cell line (and its derivatives) are incredibly useful in research and can be used for a variety of applications across different fields of research. If you need a cell line that can produce large amounts of recombinant proteins, or if you’re a cell culture beginner looking for a low-maintenance cell line, HEK293 might be for you!

Share this to your network:
TwitterFacebookLinkedIn
Written by Rebecca Roberts
Image Credit: