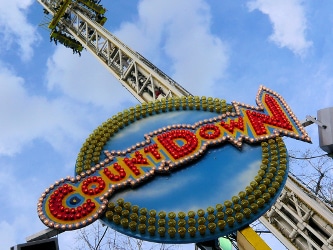 Cell lines are an invaluable scientific tool. They allow us to dissect the internal workings of tissues in a controlled environment without the ethical implications of working with whole organisms. Starting with the first successful immortal cell line HeLa, the number of available cell lines has since diversified into a plethora of options. Just like model organisms, the cell lines we work with define our scientific tribes.

Welcome to Bitesize Bio’s hit parade of the Top 5 cell lines used in the lab and beyond!

Well, we didn’t say that it would just be human cell lines, did we?

Derived from the ovaries of the fall armyworm moth (Spodoptera frugiperda), these cells are probably related to all insect cell lines in labs worldwide (1). Sf9 cells can be cultured as adherent or suspension cells. Most cell lines are adherent cells, which grow only on the surfaces of culture vessels. This limits the amount of cells you can expect to obtain from each culture. Similarly to E.coli, suspension cells can grow in the entire volume of the medium, thus increasing the amount of cells that can be harvested from a vessel. Furthermore, and because of the high volume: cell number ratio, suspension cultures allow a much more effective use of medium than adherent cultures. Sf9/baculovirus systems are typically preferred for large-scale protein production including industrial manufacture of mammalian proteins, including the vaccine for cervical cancer CERVARIX®   (2).

Chinese hamster ovary cells (CHOs) are clearly ovary-derived cells, but this time, we are talking mammalian cells. Similarly to Sf9 cells, they can exist both as adherent or suspension cells in culture. CHO cells are used in various applications such as recombinant protein production (3) and studies of the epidermal growth factor receptor (4).

Some may consider it cheating to use a cell line collection instead of a single cell line. But depending on your favorite object of study, you may end up using a collection such as those from the NCI-60 NCI-60 Human Tumor Cell Lines Screen (5).

Alternatively, you might be interested in working with Jurkat or HL-60 (white blood cells), MCF-7 (breast cancer), Saos-2 cells (bone cancer), PC3 (prostate cancer) or many others.

Let’s move on to the top unquestionable leaders of our cell lines hit parade.

HEK293, or human embryonic kidney-derived epithelial cells, are arguably one of the most widely used cell lines in cell biology research. HEK293 is a rapidly dividing, robust line cell with a good reputation for post-translational modification of its heterologously expressed proteins. Therefore, it’s hardly surprising that it is often the cell line of choice in transient and stable transformation experiments, for protein expression and production, and even in electrophysiological experiments (6).

And now for the undisputed leader of them all, the first immortal human cell line established in 1951. Drumroll, please….

Unlike the other cell lines above, HeLa is named after an individual, an American women called Henrietta Lacks. If you don’t know the HeLa story read about it here. Shortly after establishment of this cell line, HeLa cells were used to proliferate the famous polio vaccine, and they continue to be the most widely used cell line in research labs worldwide. According to the British newspaper The Guardian, HeLa “has led to hundreds, if not thousands, of new pieces of knowledge, and helped to shape the way medicine moved in the second half of the 20th century and the first decade of this one”(7).

What cell lines would you have in a Top 5 hit parade? Get in touch with us by writing in the comments section!

Not seen your favorite cell line here? Find out about other cell lines in these related articles:

Share this to your network:
TwitterFacebookLinkedIn
Written by Vicki Doronina
Image Credit: DocChewbacca