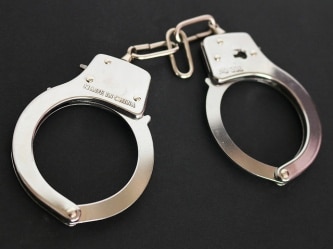 The cell cycle has been very well documented over the years because of its dysregulation in diseases such as cancer. Many different processes contribute to cell growth and replication, which is ultimately controlled by a series of tightly controlled cell cycle phases. For some areas of research, especially within drug discovery and cancer research, cell synchronization in a particular cell cycle phase can help to determine at which point, if any, their sensitivity to a drug is heightened. Alternatively, you might want to study the activity or properties of a particular cyclin or cyclin-dependent kinase. These experiments may be challenging when only a small fraction of your cultured cells are in the desired phase.

Here, we present a small toolkit to help you on your way to cell synchronization to enrich the populations in various cell cycle phases. These methods are compatible with simple cell cycle flow cytometry analysis.

During G1, cells synthesize all of the molecules needed for a new round of cell division. The serum in growth media contains everything needed for this, including growth factors, which are important signals for cell division. Therefore, starving cells of serum can prevent them from dividing. You may need to carry out some optimization steps, but this is by far the cheapest way to arrest your cells! Bear in mind though that it doesn’t necessarily work for all cell lines or cell types.

How to perform serum starvation:

Excess thymidine is an effective inhibitor of DNA synthesis, thereby arresting cells either in G1 prior to DNA replication, or in S phase. This use of thymidine is known as a thymidine block. A double thymidine block ensures that any cells that were in mid or late S phase during the first block will be captured in late G1 or early S phase in the second block (1).

How to perform a double thymidine block:

G1 Arrest by Inhibition of CDKs

Specific pairs of cyclins and cyclin dependent kinases (CKDs) govern each phase of the cell cycle. Progression between phases is strictly controlled so that cells cannot grow and divide without passing stringent checkpoints.

We can take advantage of this by using a number of commercially available small molecule CDK inhibitors, which can effectively stop cell cycle progression, thus arresting or synchronizing cells in the desired phase.

CDK4/6 inhibitors are very effective at arresting your cells in G1 phase. Many of the marketed CDK inhibitors were actually developed by large pharmaceutical companies as anticancer drugs. You can take your pick from palbociclib (Pfizer), ribociclib (Novartis) or abemaciclib (Eli Lilly).

As long as you optimize inhibitor concentrations and the duration of treatment for your cell type, you can arrest your cells in G1 phase using this strategy. However, bear in mind that small molecule inhibitors can have off-target effects, and you should control for these in your experiments.

From personal experience, CDK inhibition works well across a wider panel of cancer cell lines than serum starvation does. Many cell lines are not amenable to serum starvation and will die in protest! Thymidine block is also an effective method but is more laborious and time consuming to perform.

Before mitosis, where your cells divide into two daughter cells, chromosomal segregation occurs, ensuring the correct number and complement of chromosomes in daughter cells. The microtubules carry out segregation, by attaching to the kinetochore on the chromatid, thus physically pulling chromatids apart. Inhibition of microtubule formation is therefore a very efficient way of preventing mitosis, resulting in cell arrest at the G2 to M phase boundary. Colcemid, nocodazole, paclitaxel, vincristine and vinblastine are popular examples of microtubule inhibitors for synchronization in G2.

G2 Arrest by Inhibition of CDKs

CDK1 controls the G2 to M phase boundary. CDK1 inhibition by the small molecule inhibitor RO-3306 (Roche) can arrest cells in G2 phase. Again, success may depend on the cell line or cell type, but you can usually identify the right concentration and incubation time for successful G2 arrest with some optimization.

Many researchers prefer CDK inhibitors over microtubule inhibitors since they are generally less cytotoxic. This means your cells will still be alive after treatment, which is quite useful if you plan on further experimentation!

During S phase, DNA synthesis occurs in preparation for subsequent rounds of cell division. A small molecule called 2[[3-(2,3-dichlorophenoxy)propyl] amino]ethanol (2,3-DCPE) was described as a potent inducer of apoptosis. This molecule works by activating certain caspases and reducing levels of the Bcl-XL protein (2). Through an unknown mechanism, this molecule works very well at arresting your cells in S phase (3). This is a case of who cares how it works, as long as it works!

How to Confirm Cell Synchronization

As well as optimizing your synchronization protocol, is it also important to be able to show cell arrest in the desired phase. Microscopy is one interesting way to actually see what is happening inside your cells.

Alternatively, you can use flow cytometry to confirm synchronization by comparing your treated cells with an asynchronous control as follows:

Cell synchronization can be a tricky business because you are trying to stop the cells from what they naturally do: divide! These tips provide foundations that you can build upon in your own experiments. If you have any further cell synchronization tips then please share your experiences in the comment section below!

Share this to your network:
TwitterFacebookLinkedIn
Written by Colin Shepherd
Image Credit: o.did