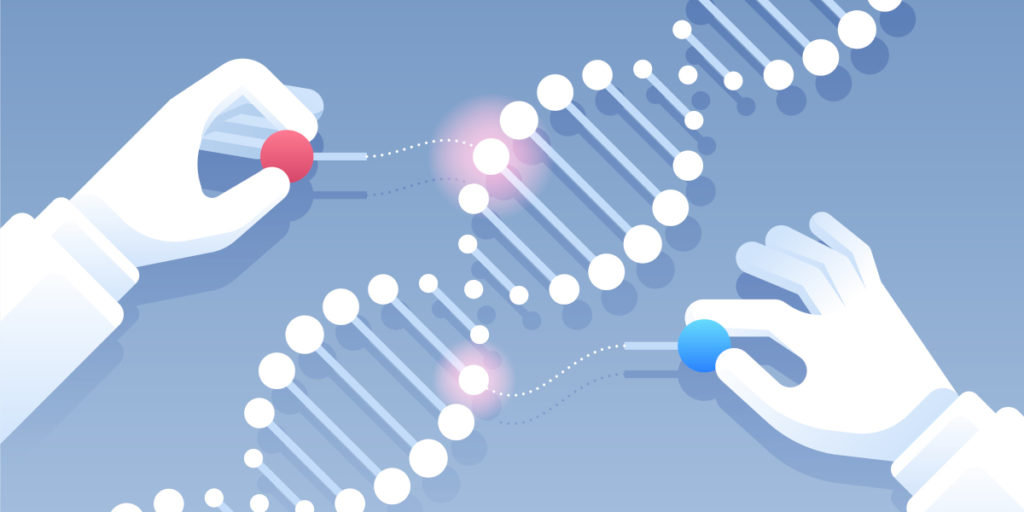 CRISPR-Cas9 in the Spotlight

CRISPR-Cas systems, such as CRISPR-Cas9, are adaptive immune response systems that protect prokaryotes from bacteriophages. They work by cleaving the nucleic acids of invading viruses, thus protecting prokaryotes from viral infections.

The use of CRISPR-Cas9 to edit genes was thrust into the spotlight in 2012 when George Church, Jennifer Doudna, Emmanuelle Charpentier, and Feng Zhang harnessed it as a tool to modify targeted regions of genomes. Given its potential to revolutionize gene editing, Science named CRISPR Breakthrough of the Year in 2015.

Clustered regularly interspaced short palindromic repeats, otherwise known as CRISPRs, are repeating DNA sequences in the genomes of prokaryotes, such as bacteria and archaea. CRISPRs were first identified in E. coli in 1987 by a Japanese scientist, Yoshizumi Ishino, and his team, who accidentally cloned an unusual series of repeated sequences interspersed with spacer sequences while analyzing a gene responsible for the conversion of alkaline phosphatase. [1] However, due to the lack of sufficient DNA sequence data, the function of these arrays remained a mystery.

In 1993, researchers led by J.D. van Embden in the Netherlands discovered that different strains of Mycobacterium tuberculosis had different spacer sequences between the DNA repeats. They characterized M. tuberculosis strains based on their spacer sequences, a technique known as spoligotyping. [2] Subsequently, these sequences were identified in several other bacterial and archaeal genomes. Researchers Francisco Mojica and Ruud Jansen were the first to refer to them as CRISPRs. [3]

When CRISPR systems were first discovered, they were thought to be a novel DNA repair mechanism in thermophilic archaea and bacteria. [4] In the early 2000s, Mojica and coworkers noticed that the spacer sequences were similar to sequences found in bacteriophages, viruses, and plasmids. They discovered that viruses cannot infect bacteria-harboring homologous spacer sequences, suggesting that these sequences play a role in the adaptive immune system in prokaryotes. [1] Briefly, when a virus infects a prokaryote, the spacer sequences in CRISPR arrays are transcribed to generate short CRISPR RNA (crRNA), which guides the CRISPR-associated sequence (Cas) protein to cleave complementary DNA or RNA viral sequences, depending on the type of CRISPR-Cas system. In this way, CRISPR-Cas systems function as a defense mechanism to prevent repeated infections by the same virus.

Other Components of CRISPR-Cas Systems

The role of Cas proteins as nucleases that cleave at specific sites was discovered by Makarova and colleagues, who conducted a comparative genomic analysis of CRISPR and Cas genes. They predicted that the function of CRISPR-Cas systems was similar to that of RNA interference, in which protein complexes silence genes by cleaving mRNA. [5] While some Cas proteins cleave DNA, others cleave RNA. For example, Cas9 cleaves DNA while Cas13 cleaves RNA.

In addition to Cas proteins, protospacer adjacent motifs (PAMs) are essential components of CRISPR-Cas systems. As the name suggests, PAMs are short 2–6 base-pair sequences in the viral genome found adjacent to sequences targeted by Cas nucleases. Cas nucleases recognize PAMs and cannot cleave DNA unless a PAM is present. PAMs play an important role in ensuring that only foreign viral nucleic acids are cleaved but not CRISPR arrays. [6]

In 2012, George Church, Jennifer Doudna, Emmanuelle Charpentier, and Feng Zhang discovered that by designing guide RNA to target a specific region in the genome,  “the CRISPR-Cas9 system can be used as a “cut-and-paste” tool to modify genomes. As a DNA-editing tool, CRISPR-Cas9 can remove or introduce new genes as well as silence or activate genes. CRISPR-Cas9 has been used to switch off genes that limit the production of lipids in microalgae, leading to increased lipid production and higher yields of biofuel. [7] In the near future, CRISPR-Cas9 may also be used to cure genetic disorders such as sickle-cell anemia and cystic fibrosis. [8] In fact, there is already a wide range of CRISPR applications in disease, including cancer and infectious diseases.

The Future of CRISPR-Cas9: Beyond Genome Editing

Since the discovery of the CRISPR-Cas9 gene-editing system, researchers have modified the Cas9 nuclease to perform targeted epigenome editing. This modified Cas9, known as enzymatically dead Cas9 (dCas9), can be linked to one of several enzymes that change the epigenome, e.g., DNA demethylases, methylases, or acetyltransferases. Like unmodified Cas9, dCas9 is directed to the targeted genomic region with a guide RNA. However, instead of cutting the DNA, the dCas9-enzyme complex modifies the epigenome at the site.

It is still early days for CRISPR-Cas9 technology. As more applications are uncovered, the sky is the limit!

Whether you want to know how to get started with CRISPR or find new applications of this genome editing tool, head over to the Bitesize Bio CRISPR Research Hub.