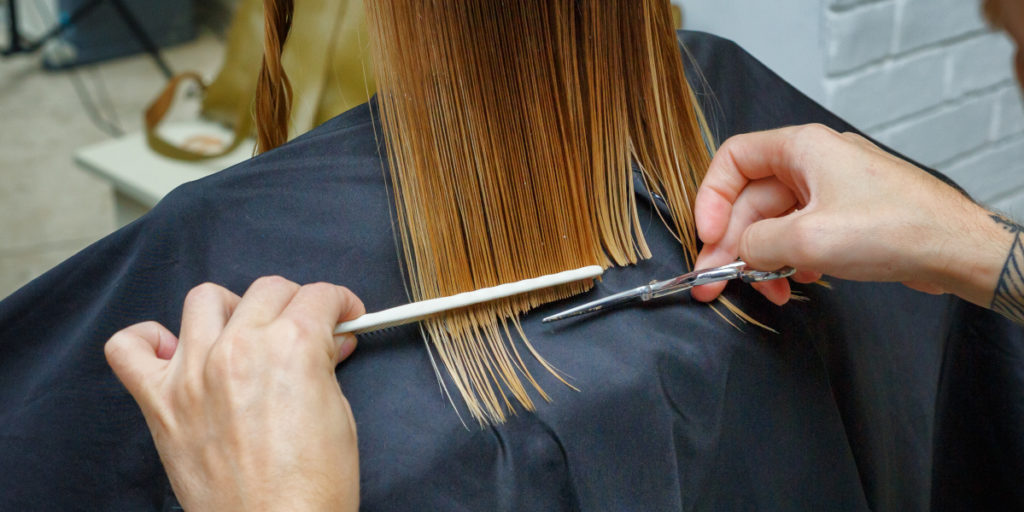 Blunt and sticky might sound dull and dirty but knowing how these different cloning methods work is important when choosing which method to use. Here we give you a guide to how blunt-end cloning works.

Blunt-end cloning is the cloning of DNA fragments containing no unpaired bases at the 5’ and 3’ prime ends (i.e. blunt ends) into linearized vectors with the same.  This is unlike sticky-end cloning where both the insert and the vector contain single-stranded overhangs that are complementary to each other.  Blunt ends can be generated in a variety of ways, such as end repair with T4 DNA polymerase, where 5’ or 3’ single-stranded protruding ends are filled in, or perhaps more commonly, by restriction endonucleases that produce a straight cut in the DNA backbone. The blunt end cutter EcoRV is a great example of the latter and below we’ll see how blunt-end cloning works and when it might be the right tool for your cloning project.

Why Would I Want to Use Blunt-End Cloning?

Imagine you wish to clone a PCR product that contains many common sticky end restriction endonuclease sites, such as EcoRI or HindIII, at the ends and within the sequence.  It would be challenging to perform partial digests that generate the sticky overhangs without also cutting up your PCR product (see Fig 1.). (NOTE: this is only true if you use a DNA polymerase that has a proofreading function such as Pfu.  More on that below in the discussion on how blunt end cloning works).

Figure 1:  The presence of restriction sites within the insert make it challenging to digest and clone into the MCS of the vector.

Consider another scenario, you wish to clone fragments of genomic DNA after physically shearing and repairing the ends.  You could expect those ends to be random in nucleotide sequence and to vary in the number of nucleotides at each end and from fragment to fragment.  It would be difficult if not impossible to clone these into the multicloning site of any vector (see Fig 2). However, after end repair, all ends would be blunted and compatible with a blunt-ended linearized vector.

Whatever the case may be, the main advantage of blunt-end cloning is the universality of blunt ends, whereas cloning sticky ended fragments must take the complementarity of the overhanging sequences into account.

How Does Blunt-End Cloning Actually Work?

Now let’s talk about how blunt-end cloning works.  Basically, the blunt-ended insert and linearized vector are mixed with DNA ligase, and the reaction proceeds when the insert, vector and ligase come together in solution.  The insert is joined to the vector when the ligase catalyzes the formation of a covalent bond between the 3’-hydroxyl group of one base to the 5’-phosphate group of the adjoining base.  We won’t get into detail here, but you can check out this Bitesize Bio article on DNA ligation for more detail on the mechanism of DNA ligase.

The Importance of 5’-Phosphates

The presence of 5’ phosphates in the fragments being ligated is critical, as the covalent linkage of 5’ phosphates with 3’ hydroxyl groups circularizes the vector/insert complex and allows it to be cloned upon bacterial transformation.  5’-phosphate groups can be introduced into PCR products, end-repaired fragments or linearized vectors, if not already present, by using T4 polynucleotide kinase or through the use of PCR primers synthesized with a phosphate group on the 5’ terminal nucleotide. Table 1 shows the phosphorylation status of inserts and vectors following various treatments.

While 5’-phosphate groups are critical to create a circular construct, their absence can also be used to your advantage.  If you are using PCR to create the insert or to amplify a linearized vector, PCR primers lacking 5’-phosphates are useful to reduce the background of re-circularized vector during cloning.  Likewise, enzymatic methods can be used to remove phosphates by treating the DNA fragments with alkaline phosphatase.

How to Create Your Blunt Ends

You can create blunt ends by filling in single stranded overhangs remaining after physically shearing (see Fig. 2) or cutting with restriction endonucleases that generate sticky ends.  The single-stranded overhangs can be repaired using a mixture of DNA polymerases such as T4 polymerase and the Klenow fragment. You can also simply cut the DNA with a restriction endonuclease that leaves blunt ends.  SmaI and EcoRV are two such endonucleases that can be used to linearize circular plasmids or cut off sticky ends leaving blunt ends ready for ligation (Fig. 3).

One important consideration for generating blunt ends by PCR is the presence of 3’ adenines (A) post-amplification.  Taq polymerase, which lacks 3’ ? 5’ proofreading activity, will leave an A on the 3’ end of the amplified product. While this is useful for TA cloning, this will prevent blunt end ligations.  So, when using a PCR polymerase without 3’ ? 5’ proofreading activity, the 3’ adenine (A) overhang must be removed by exposing the amplified material to an enzyme possessing proofreading activity.  This is known as PCR polishing and is usually performed using the Pfu polymerase. Of course, you could also amplify your insert or vector with Pfu in the first place to avoid 3’ adenines, but this comes at the expense of speed.  For more information on benefits of Taq vs. Pfu polymerase, you can check out this Bitesize Bio article.

Compared to sticky-end ligations, blunt-end ligations are less efficient, in fact, 10 – 100 times less efficient.  This is because, unlike sticky end cloning, there is no hydrogen bonding between the complementary nucleotide overhangs to stabilize the formation of the vector/insert structure.  For this reason, a blunt-end ligation requires more ligase, and more of your linearized vector and insert. More is not always better though, because too much ligase and too much insert can lead to concatenation of your insert and even multiple inserts being cloned into the vector.  This will likely require some optimization of your ligation conditions to get it exactly right. For more information, consult this Bitesize Bio article on how to improve blunt-end ligations.

Related to this relative lack of efficiency is the potential for re-ligation of the linearized vector, as an intramolecular ligation is much more likely than an intermolecular ligation.  This problem is easily overcome by de-phosphorylating your vector prior to ligation or by amplifying your linearized vector with PCR primers lacking 5’ phosphates. While these approaches add additional steps, they effectively solve that problem, and are the way to go if you are not concerned about the orientation of your cloned insert.

Inserts Can Be Ligated in Two Directions

As mentioned above in describing how blunt-end cloning works, a 5’-phosphate group is covalently linked to the corresponding 3’-hydroxyl group of the adjoining base.  This happens on both complementary strands and for that reason a blunt ended insert could be ligated into the vector in two orientations (i.e. in both directions).  Blunt ends are universally compatible with other blunt ends, so the directionality you can achieve by using sticky ends with different overhang sequences is not possible.

So, what if you are hoping for a directionally cloned insert?  In that case, simply dephosphorylating your vector will not be enough – that will help with background as we mentioned above, but not with orientation.  Luckily, there are a few techniques that provide workarounds for this problem. One, as described by Costa and Weiner (1994), takes advantage monophosphorylated vectors and inserts.  The strategy here is to create 5’-phosphate groups on only one of the DNA strands in the double-stranded vector and insert in such a way, that a complete circularizing covalent linkage is possible in only one orientation (see Fig. 4).

Another technique developed by Delphi genetics uses what they call the Staby® system.  Here, the cloning vector is engineered containing a truncated anti-toxin gene known as ccdA.  A region of 14-base region is incorporated at the 5’ end of the insert, and when cloning into the linearized vector the ccdA gene is restored when the insert is ligated in only one direction (Note: both vector and insert have blunt ends).  The desired orientation of your insert can be controlled by which way you connect to the 14-base pair section of the ccdA gene.  Only clones possessing the insert in the desired direction will be selected upon transformation of the specialized E. coli strain that is cultured under selective pressure of the toxin.  Clones with the insert in the opposite direction do not produce a functional ccdA gene because it is still truncated, and the selective pressure prevents propagation of those clones after transformation.  In addition, a re-ligated empty vector will also lack a functional ccdA gene and any transformants will be similarly selected against in the presence of the toxin.

New cloning technologies are available and overcome many of the challenges associated with blunt-end cloning.  Be sure to look out for an upcoming Bitesize Bio article on these.

Share this to your network:
TwitterFacebookLinkedIn
Written by Heinz Reiske
Image Credit: pereslavtseva