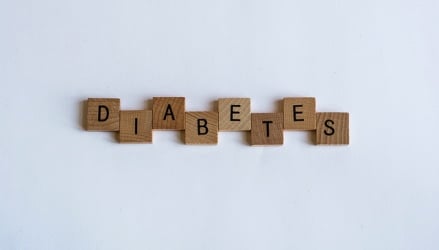 The development of new drugs requires reliable and robust animal disease models. Since the cause of many diseases is still unknown, it is often difficult to identify adequate and predictive disease models. For example, researchers developing treatments for neuropsychiatric diseases such as Parkinson’s and Alzheimer’s face a particular challenge given the subjectivity of many of the symptoms associated with these diseases1.

In contrast, diabetes is a well-defined chronic disease with a distinct aetiology. In simple terms, diabetes occurs as a result of high blood sugar levels over a long period of time. Diabetes currently affects more than 400 million individuals worldwide, and the World Health Organization predicts that diabetes will be the 7th leading cause of death worldwide by 20302. Evidently, there is a huge need for developing new therapies for the management of diabetes and its complications.

In this article, I would like to introduce you to streptozotocin (STZ), a chemical that is widely used for the induction of diabetes in laboratory animals. STZ has been used for decades, and great attempts have been made to standardize protocols involving its use. In fact, these efforts have been so great that in 2015, The National Institute of Diabetes and Digestive and Kidney Diseases Animal Models of Diabetic Complications Consortium (AMDCC) came forward with a recommendation for how to use STZ to induce diabetes in mice3.

Besides an introduction to STZ, this article will also give you some expert tips for reproducible diabetes induction in laboratory animals.

Some Basic Facts About Streptozotocin

It would be easy if GLUT2 expression was exclusive to pancreatic beta cells, right? But no, being an important receptor for sugar absorption, it is also expressed in the liver, kidneys, and small intestine6,7,8. This means that administering STZ to your laboratory animal will affect several organs at once. This is important to keep in mind when generating diabetic models, especially when studying diabetes complications.

For instance, diabetes affects the kidneys, and nephropathy represents the leading cause of end-stage renal disease in many diabetics. Since renal tubular cells express GLUT2 they are sensitive to STZ and a little dilemma arises: what are we really investigating? A true diabetes complication or a STZ-mediated effect on the tubules? We honestly don’t know, and this makes it critical to include good controls if we want to draw the right conclusions from these kinds of studies.

To Complicate Matters Even More!

As a glucose analog, the carbon atoms in STZ can mutarotate leaving you with a mixture of so-called ?- and ?-anomers. On the data sheet of STZ you will always find information about the content of ?-anomer of your specific STZ batch.

For STZ in solution bear the following in mind:

To be on the safe side, one would simply prefer to give the animals a high dose of toxic ?-anomers right after dissolution in order to induce diabetes efficiently. But keep in mind, STZ is not only specific for pancreatic beta cells but affects other organs as well. This means that you could induce other symptoms not related to diabetes.

Another very interesting feature is that STZ can reach an equilibrium of ?- and ?-anomers in solution9. This takes around 60-90 minutes with a steep curve of anomer composition changes in the first 30 minutes. This means that when administering STZ right after dissolution, the ?- and ?-anomer composition will change dramatically, resulting in varied STZ anomer exposure between animals. I recommend to wait for STZ equilibration. In doing so, you will administer a homogenous STZ solution and treat all animals in the same way. You do not need to fear STZ degradation at this point: STZ has a degradation rate of only 0.1% daily at pH 4.5 when kept at 4°C.

STZ is far from being specific for beta cells in the pancreas. Keeping in mind its chemical properties as delineated above, it is imperative to standardize the experimental procedure. This is the only way you can obtain a reproducible animal model for diabetes.

Are you working with diabetes models? Or perhaps other disease models? We would love to hear from you, so please get in touch by writing in the comments section!