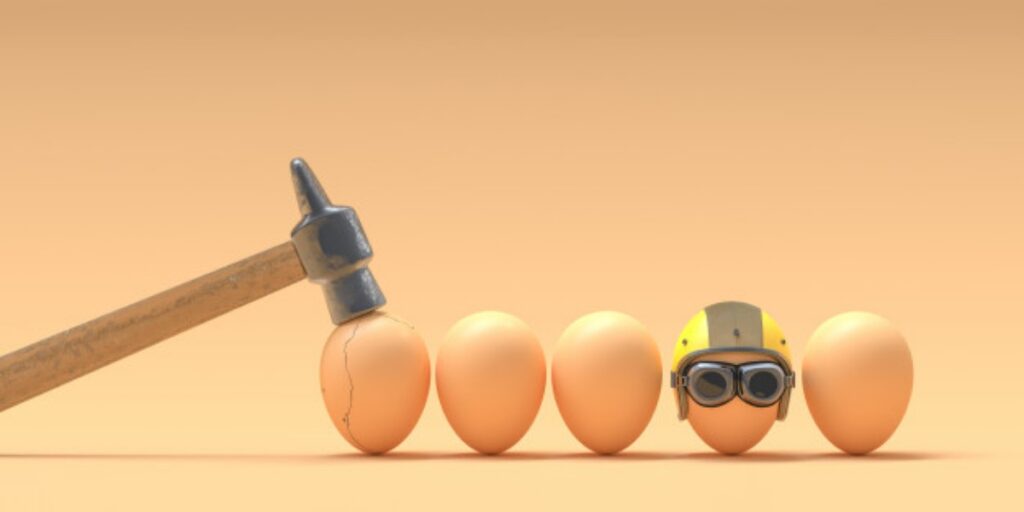 In the previous article in this series, we have discussed the details of the CAM assay as a method of studying anti-angiogenic activity. Although it may seem simple, the CAM assay requires several tricks to ensure that the experiment runs smoothly.

In this article, we discuss the dos and don’ts of the CAM assay, shedding light on how to avoid the high chances of contamination that the assay presents, tricks on how to handle the eggs and the embryos without causing damage, and how to avoid confusion when handling the huge sample size.

While candling an egg, you hold it against a light source such as an electric bulb, to create a shadow image of the embryo. Since a candler is usually prepared by placing a bulb in a cardboard or wooden box, there is no way for the heat to escape. Thus, when you place the egg on the hole of a candler, you might suddenly expose the egg to a temperature higher than the incubation temperature.

If an egg is left on the candler for a prolonged duration, it might damage the embryo because of these elevated temperatures, especially if the embryo is in its initial stages. So, make the observations on a candler quick to avoid exposing the embryo to high temperatures.

2. Do Choose an Appropriate Solvent

While choosing a solvent for dissolving the extracts/test sample, you must be sure of two things— inertness of the solvent, and absence of solvent residues on the sample discs. This is to avoid the influence of the solvent on the actively growing CAM vasculature.

Since you cannot be 100% sure that your solvent of choice is inert, you can go for DMSO, which is widely used to dissolve extracts/samples in most biological assays (mainly because it is considered inert). But, it would be wise to include a control for DMSO to assess its effects on CAM. Another benefit of using DMSO is its ability to dissolve compounds of a wide range of polarities, thus ensuring complete solubility of the extracts.

Although DMSO offers benefits such as the supposed biological inertness and excellent solubility, it has a considerably higher boiling point than other common solvents such as petroleum ether and ethanol. Thus, it takes a longer time to evaporate DMSO when drying the sample discs. This essentially means exposure of your sample either to elevated temperatures or a longer drying period and thus an increased risk of contamination.

From my experience, petroleum ether and ethanol can be acceptable solvents to dissolve non-polar and polar samples, respectively. Their lower boiling points offer lower drying temperatures (even ambient temperature works fine) and shorter periods, thus reducing the chances of contamination.

3. Don’t Put All Your Eggs in One Basket

Moving the eggs out of the incubator during observations and inoculation of samples presents a risk of physical damage to the embryo. It’ll also increase the chance of contamination, considering the large sample size being moved through a non-sterile environment. To ensure the safety of the embryos, DO NOT PUT ALL THE EGGS IN ONE BASKET. Avoid carrying multiple trays of eggs at the same time, and move them cautiously.

You may use a beaker of a suitable size to hold an egg while working on it. As a safety measure, place some cotton in the beaker to the rim to avoid damaging the egg. But, when handling an egg during drilling a hole for albumin removal, or while cutting a window, hold it in your left hand as you drill with the right one (or, vice versa). This helps you feel the pressure you are applying with the drill, and you won’t end up cracking the egg. If you place an egg on a stand such as a beaker while drilling it, there is a chance you won’t realize the pressure you are applying, and it might crack.

It takes a significant amount of time to sterilize the work area and the egg surface, to cut a window in the egg aseptically, to inoculate the disc, and aseptically seal the window. Thus, it is wise to only move the number of eggs that you can handle in a short period of time, to avoid exposing the rest of the eggs to a non-sterile environment and lower (ambient) temperatures. This helps ensure the normal growth of the embryo.

4. Do Sterilise Your Forceps

5. Do Ensure You Have a Large Enough Sample

No matter how carefully you perform the CAM assay, contamination, and/or mortality of embryos is inevitable. Thus, it is essential to have sufficient eggs in each experimental set. Usually, a sample size of 20 eggs per test sample should be sufficient to start. Assuming around 40% mortality, you’ll be left with a significant sample size (around 12 eggs) per test sample. [1]

Supposing that you’ll have at least a few samples to test and compare to the positive control/reference compound, you’ll probably be handling a hundred eggs in a single experiment.

To avoid confusion, it is wise to label the eggs using a marker at the beginning of the experiment.

For each egg, you’ll be clicking multiple photographs on the inoculation and observation days. Imagine the number of photographs you’ll be dealing with! With such a vast number of images, you are likely to get confused. Simply labeling the images (including egg number, test sample name, and day/stage of the CAM assay) using sticky notes/page markers in the background or on the side of the egg can help prevent any confusion. That way, it’ll even be okay if you forget to segregate the images for individual samples and days of the assay.

A word of caution—using labels might increase the chances of contaminating the embryo. So keep the labels ready, and UV-sterilize them in a laminar airflow cabinet before beginning the experiment.

With these simple precautions, you’ll find that it is possible to avoid contamination and to perform the CAM assay smoothly. Do let us know in the comments what you think about it and if you have any tricks of your own.

Share this to your network:
TwitterFacebookLinkedIn
Written by Sandesh Marathe