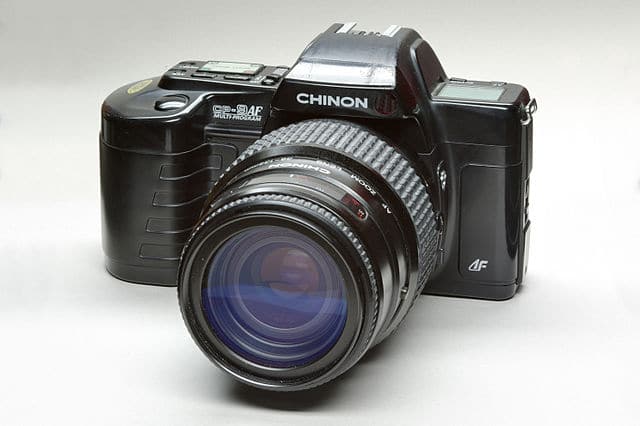 Photography has undergone great improvements in the last few decades. In times gone past, photographic film was used. Now most researchers use digital means to capture their images. But not all digital cameras are the same. For optimal results you need to know the different types of microscope cameras and how they work.

Before the arrival of consumer digital cameras, traditional film-based SLR (single-lens reflex) cameras were used to capture images from microscopes. Film cameras mounted with adapters and photo-tubes was a time-consuming way to capture images, because film had to be sent for development before determining if the image was suitable for use.

With the advent of digital cameras and mobile phone cameras, imaging has soared to huge numbers. The total number of images captured worldwide is estimated to be around 3.5 trillion, with something in the region of ten percent of all images taken in the last 12 months 1. Although there are no comparable figures for microscope imaging, the use of such digital technology has undoubtedly increased in this field. It has become so easy to take a large number of images during each imaging session. Now you can simply discard the ones which are unsuitable. No more waiting for a film to be developed and hoping you have captured something is useful!

In addition to digital cameras, it is now relatively simple to capture microscopy images even with a smartphone. There are a number of commercially available adaptors which allow phones to be attached to the microscope.

Digital imaging is vastly superior to film-based capture. Besides the ease-of-use and instant results, digital imaging has a superior dynamic range compared to photographic film. To understand dynamic range, see this Bitesize Bio article, What You Should Know About Dynamic Range. When it comes to techniques such as epi-illumination, digital cameras with Charge-Coupled Devices (CCD) can capture around 35-times more of the incident light used to illuminate a specimen. At the red end of the visible spectrum, some CCD cameras can capture wavelengths around 1000 nm, whereas film is restricted to approximately 650 nm 2.

To understand what charge-coupled devices are we have to go back to 1969 and the AT&T Bell Labs in New Jersey. In these labs two physicists named George E. Smith and William Boyle were working on computer memory and ‘shift registers’. In their notebook they termed their initial design the ‘Charge Bubble Device’. Their invention progressed rapidly and by 1971, fellow scientists at AT&T Bell Labs were able to capture images with this invention. A significant enough breakthrough that some forty years later, Smith and Boyle shared the Nobel Prize in Physics (along with Charles Kao) for their invention of the Charged-Couple Devices (CCD)3.

Physically, CCD sensors are comprised of a thin layer of silicon with a two-dimensional array of light-sensitive capacitors. In a CCD sensor, photons are captured and stored as electrical charge in proportion to the intensity of light. This electrical charge is then passed to the shift register part of the device before being amplified and converted to a digital output.

In a camera with a CCD sensor, the pixels of each of the capacitors are simultaneously exposed to the light when the shutter is open. The capacitors then transfer the electrical charge, ready for the next image capture. This method of functioning is known as ‘global shutter’ mode where the entire image is captured in one exposure. For scenarios such as live cell imaging, this complete capture is beneficial, however, the drawback comes with a decrease in frame rate. In a CCD sensor, there is only one analog-to-digital (A/D) converter which means that the more photons/electrical charge captured by the capacitors, the slower the frame rate.

Capturing high frame rates with CCD cameras can result in deterioration in factors such as dynamic range and resolution. In addition, the ‘noise’ part of the signal-to-noise ratio can become dominant leading to imaging problems for fine details in specimens especially when using fluorophores which may be sensitive to photobleaching.

Some of these drawbacks were overcome in 2000 when Andor Technology introduced the Electron Multiplying Charge Coupled Device (EMCCD) sensor. The advantage over CCD sensors comes with an on-chip amplifier which multiplies the electrical charge from the capacitors without an increase in noise. Although the amplification process produces noise, EMCCD cameras are able to detect very low light signals (down to the single photon level). While faster frame rates are achievable with EMCCD compared to CCD, only at the slower frame rates can a high dynamic range be achieved.

Six years before the ‘charge bubble devices’ were invented, Frank Wanlass was working at Fairchild Semiconductor where he devised the Complementary Metal Oxide Semiconductor (CMOS) which was subsequently patented in 1967.

Although there are many similarities between CCD and CMOS devices, the CMOS sensor is manufactured in such a way that each pixel in the detection array has its own dedicated readout amplifier and each row of pixels have their own A/D converter. The conversion of electrical charge into a digital image is therefore shared between thousands of A/D converters in a CMOS device compare to only one in a CCD sensor.

Another advantage over CCD sensors is that CMOS devices can operate in two modes- the global shutter mode mentioned above as well as ‘rolling shutter’ mode. In this mode, the photons and charge from each of the rows of pixels can be converted to a digital output. So each row is ready for the next light exposure without the need to wait for the entire array of pixels to be converted. The frame rate in rolling shutter mode is only limited by the speed of the A/D converters and the number of pixel rows in the sensor.

For routine imaging of fixed specimens, many of the modern consumer digital cameras and smartphones have the technology to produce images suitable for posters, presentations and so on.

However, a dedicated microscope camera specifically designed for the purpose (and compatible with the imaging software of the microscope) should be considered, especially for live-cell imaging or capturing images over a long time period.

For capturing a series of images over time (with samples which are not photosensitive), then a camera with a CCD sensor is suitable, although these tend to be more expensive that their CMOS counterparts. Individual image exposure times can be increased with CCD-based cameras, but this will depend on the photostability of the fluorophore used in the imaging experiment.

For dynamic imaging, the relatively higher frame-rate of CMOS-based cameras may be advantageous. When working with samples or fluorophores which may be susceptible to phototoxicity, then it is worth considering a scientific-CMOS (or ‘sCMOS’) camera. These sensors offer lower signal-to-noise ratios than CCD sensors as well as 10-times faster frame rate and are more sensitive to low light conditions.