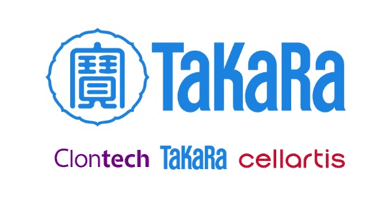 Over the past few decades molecular biologists have developed procedures to simplify and standardize cloning processes, allowing vast arrays of artificial DNA structures to be more easily assembled.

Are you familiar with all the cloning options out there?

Let’s look at five different cloning methods you can use to get your construct. At the end of this article, you can find the recommended protocols for each method.

Long considered the traditional cloning method, restriction ligation cloning permits the insertion of a DNA fragment of interest into a vector through a “cut and paste” procedure. This inexpensive, flexible method can be broken down into a basic, two-step process.

This cloning method was commercially established in the late 1990’s and has the primary advantage that one single recombination reaction moves a piece of DNA from one plasmid into another. This simplifies the process and reduces the time compared to restriction ligation cloning. While the cloning process can be completed in just 90 minutes, it is important to note that initial setup can be timely.

To perform Gateway cloning, you must first prepare your DNA fragment of interest by surrounding it with specific recombination sites (also known as Gateway recombination sites; ATT sequences).  Therefore, you must first clone your DNA fragment into a “donor plasmid”.  This can be done through traditional cloning methods or by using TOPO cloning or the Gateway BP Clonase reaction.  The resulting plasmid is called an Entry Clone.

Once the DNA fragment is in an Entry Clone, it can be rapidly shuttled into any compatible Gateway Destination vector. Thus, you can clone your gene of interest one time by restriction enzyme cloning and then use bacterial recombination to easily transfer it into a series of plasmids. This method is very useful both for transferring many DNA fragments into one type of plasmid or into many different types of plasmids.

Although specific plasmids need to be used, this method is universal for all types of DNA fragments, and has an accuracy rate of over 90%.

The Gibson Assembly method, often compared to SLIC, is the process whereby many DNA fragments are added to a construct all within a single test-tube reaction, producing clones without any scarring. You can assemble multiple parts at the same time to have flexible sequence design, and the ability to introduce promoters, terminators, and other short sequences into the assembly. Assembly is completed in under 2 hours.

Gibson Assembly does not rely on the presence of restriction sites within a particular sequence to be synthesized or cloned, so you have complete control over what is assembled. You also avoid the inclusion of unwanted additional sequences, which is often used to facilitate the cloning of multiple DNA sequences. Therefore, a greater number of DNA fragments can be joined in a single reaction with greater efficiency than conventional methods. However, beware: there is a sharp decrease in success rate when assembling more than 5 fragments at one time. Moreover, because both a polymerase and ligase are utilized during the cloning reaction, Gibson Assembly can result in sequence errors due to nucleotide mis-incorporations. As an alternative, In-Fusion cloning minimizes these errors with ligation-free technology. In-Fusion kits come as all-in-one solutions from PCR, to purification, cloning, and cells for transformation.

Golden Gate Assembly uses two Type IIS Restriction Enzymes, which cut DNA outside of the actual recognition site for the enzyme. The recognition sites are separated by at least one base pair from the sequence overhang, ensuring no scarring of the DNA sequence because the overhang sequence is not dictated by the restriction enzyme. If the recognition sequence is not palindromic, you can assemble multiple fragments at the same time and in an ordered manner. In addition, because the restriction site is altered during the reaction, digestion and ligation can happen in one tube, at the same time. Thus, this method is often considered a “one pot wonder.”

The Golden Gate ligation process is close to 100% efficient thanks to re-digestion mechanisms. Also, re-ligation is prevented, because cleaving outside of restriction enzymes sites removes them from the product. However, you might find that designing the right overhang sequences can be tedious, and Golden Gate Assembly is much less sequence independent than other cloning methods. Despite these limitations, Golden Gate Assembly is particularly good for constructing combinatorial libraries in which every fragment is flanked by the same two overhang sequences.

TOPO cloning uses a single enzyme, Topoisomerase I (TI) to both unwind and ligate DNA. TI is used in the natural process of replication; the opening/unwinding of DNA creates pressure further upstream, so to relieve this stress and prevent breakage TI binds to DNA, cleaves and unwinds it, then re-joins the nick just created.

TI is very efficient; you can complete a reaction in just 5 minutes at room temperature, and you don’t need to use restriction enzymes or ligase. The TI is cleaved out of the scene leaving a sealed DNA fragment of interest inserted into the vector. Despite the rapid reaction time, you might spend some time with the initial preparation as specific primers are needed.  In addition, the efficiency of TOPO cloning can vary depending on the polymerase used.

Cloning continues to make possible the study of the structure and function of genes and other important DNA sequences from even the most complex of genomes.

Further simplifying the cloning process are free programs like Genome Compiler that allow biologists to design DNA constructs by effortlessly simulating some of the cloning methods described in this article. Software such as Genome Compiler saves time by eliminating errors from the design, and allows users to easily order inserts or primers directly through the design software platform.

Cloning technology is consistently improving, becoming simpler and less expensive along the way. Be sure to stay up to date on these techniques to most efficiently design and synthesize your DNA.