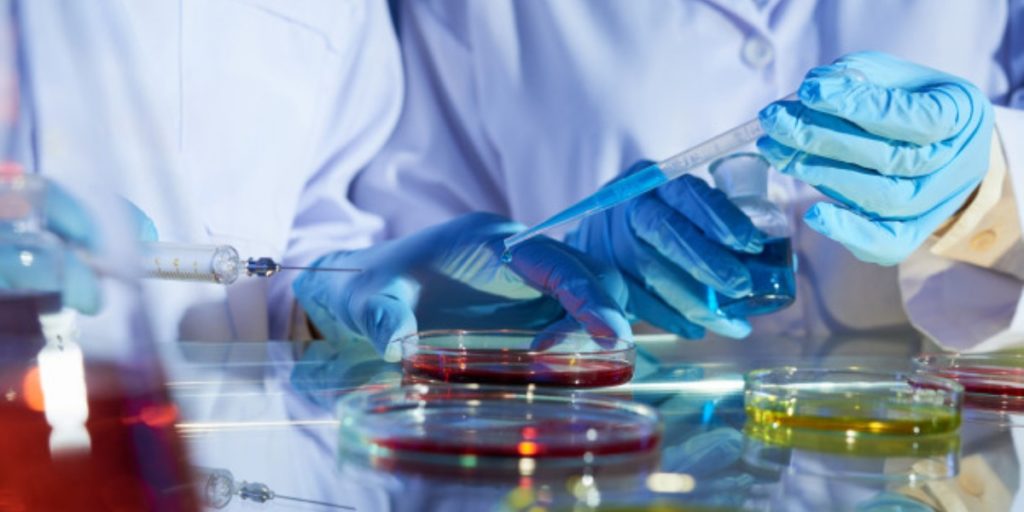 Fetal bovine serum (FBS) is used widely in cell culture, but how did its use come about? We take a look at the first steps into using FBS to promote cell growth and proliferation and how it has helped determine critical factors needed for cell growth in culture. We’ll also speculate on the future of its use in cell culture media.

Ringer’s experiments opened a floodgate for similar attempts, with the resulting salt solutions named for the scientists who created them: Locke’s, Hank’s, Tyrode’s, Earle’s, Gey’s, and Krebs-Ringer bicarbonate solutions. Although these were devised to closely mimic physiological conditions, none were able to keep tissues alive outside the body for longer than a few days.

1907: After many attempts by scientists to cultivate cells in vitro with varying degrees of success, Ross G. Harrison observed the growth of embryonic frog nerve fibers for several weeks using lymph fluid from adult frogs. [2] Of course, frog lymph is not suitable for culturing cells or tissues from warm-blooded animals, so the search continued.

1910: Blood plasma from chickens was used to successfully culture chicken embryonic cells for long periods and later, mammalian cells as well. [3] This discovery, by Alexis Carrel and Montrose T. Burrows, represented a significant leap forwards and resulted in blood plasma being commonly used for many types of cell cultures.

1913: Carrel made another key discovery when he added embryonic extract to the blood plasma he was using to culture fibroblasts from chicken embryo hearts–cell proliferation increased, and cells stayed alive in culture for even longer periods. [4]

A series of investigations followed to determine which components of lymph, plasma, and embryonic extract promote cell growth so that attempts could be made to generate media of definite composition.

Discovery of and Refining FBS

1958: A breakthrough came when Theodore Puck used FBS to culture cells for long periods in vitro. [5] It has been used worldwide to culture cells and tissues ever since.
It took a long time to tease apart exactly what it is about FBS that makes it so vital for cell culture, and there are still unknowns regarding its exact composition.

Some of the things we know FBS has that are essential for cell growth include:

Understanding the components of FBS important for cell growth led to the development of many of the cell culture media used widely today. For example, minimum essential medium (MEM) was developed by Harry Eagle in the 1950s in an attempt to determine the minimum necessary amounts of low molecular-weight components added to a balanced salt solution with serum to make HeLa cells grow. [1] Other scientists would subsequently improve Eagle’s formulation to culture different cell and tissue types.

Of course, FBS is not without its issues. These include ethical concerns regarding how the serum is collected and loose industry regulations as well as scientific concerns about the quality and reproducibility of results due to significant variation between batches, contamination issues, unknown exact composition, and fraudulent marketing [6] And that’s not to mention the fact that because it is so widely used, the price of FBS has increased by more than 300% in recent years! [7]

Fortunately, there has been progress made toward FBS substitutes, including human platelet lysate (hPL) harvested from donors. Of course, with such a wide variety of cell lines used in research today, many of the media alternatives are very cell-type specific. Just like FBS, each alternative has positive and negative aspects. The real challenge moving forward will be to find a chemically defined, serum-free culture medium suitable for all types of cell lines.

If you’re interested in eliminating FBS in your lab because of ethical, scientific, or other concerns, you can read our guide to going serum-free. There is also an interactive online database to help you explore serum-free media options.

If elimination seems too radical, you can simply reduce the amount of serum you use–the concentration of FBS in culture media can be as low as 1% for most commonly used cell lines without adverse effects.

Without the discovery of FBS, the leaps and bounds that have been made in cell and tissue culture over the last 60 years wouldn’t have been possible. However, due to the issues associated with its use, it seems both logical and necessary to investigate FBS alternatives, especially in light of our efforts to reduce the use of animal products in the lab. Have you experienced problems with FBS, or have you successfully tried alternatives in your lab? Comment below!

Share this to your network:
TwitterFacebookLinkedIn
Written by Rebecca Roberts