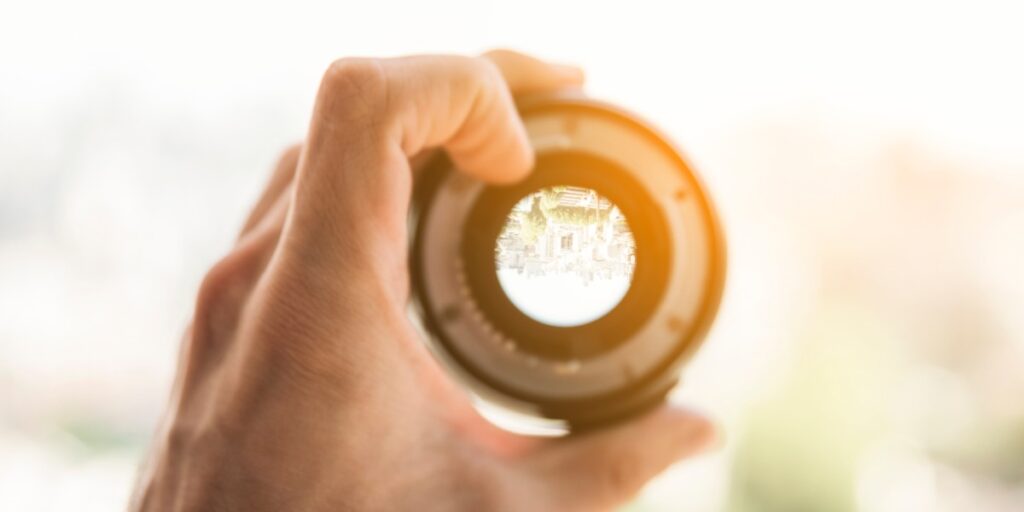 The first part of this series traced the brief history of simple and compound microscopes. As mentioned in the introduction to Part One, laboratory microscopes rely upon objectives corrected for chromatic and geometric aberrations. The history of corrected lenses and objectives is vast, with numerous pioneers, but this article provides a general overview of these imaging anomalies and the developments made over the last few centuries.

Early microscope lenses were low quality and of imperfect shape, producing sub-optimal imaging as a result of geometric and chromatic aberrations.

There are five geometric (or ‘Seidel’) aberrations: (1) astigmatism; (2) coma; (3) distortion; (4) spherical; and (5) field curvature. For the purpose of brevity, this article focuses on the development of lenses corrected for spherical aberration.

In brief, spherical aberration is related to the structure and geometry of the lens and the refraction of light as it passes through it. Light waves passing near the edge of a curved lens are refracted to a greater extent than those at the center. Focal points are therefore spread out along the optical axis, with blurred imaging and reduced resolution (Figure 1).

Chromatic aberrations are related to the lens material that may cause white light to be split into constituent wavelengths. The refractive index of a lens varies according to wavelength, and with a white light source, the red component is refracted the least, followed by green, and then blue. As a result, constituent colors don’t converge at the same focal point, resulting in colored fringes or halos (Figure 2). 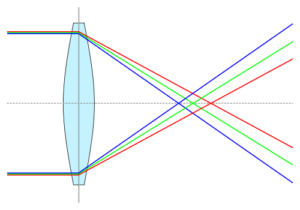 Objectives corrected for the aberrations mentioned above are termed ‘achromatic’, ‘apochromatic’, and ‘fluorite’, with the differences highlighted below (Table 1).

The first achromatic lens was developed around 1729 by the English mathematician Chester Moore Hall (1703-1771). By fusing crown glass and flint glass, Hall used this lens to build an achromatic telescope in 1733.

Despite Hall’s work, the English optician John Dollond (1706-1761) is credited as the inventor of the achromatic lens because he was the first to patent the design. As a professional courtesy to Hall’s earlier developments, Dolland did not enforce the patent. However, following John’s death, his son Peter Dollond (1730-1820) enforced the patent, leading to controversy and bitter court battles with 35 other opticians. Nevertheless, these lenses were large and unsuitable for microscopy.

The Development of Achromatic Objectives

Another 50 years passed until the achromatic lens was applied to the field of microscopy. This was achieved by the father and son team of Jan (1715-1801) and Harmanus van Deyl (1738-1809). In 1770, they created lenses small enough for a microscope objective, and were the first to commercially offer their creation in 1807. Their objectives provided a resolution of 5 mum with a compounded magnification up to 150X.

Further achromat refinements were made by the German glass and mirror maker, Joseph von Fraunhofer (1787-1826). His greatest contributions to optical theory are highlighted in his work on the solar spectrum (the Fraunhofer spectral absorption lines were named in his honor). By improving the quality of optical glass, and leaving an air gap between objectives lenses, he reduced chromatic aberration. This gap configuration (with some refinements) is still used today.

Whilst improved achromats were developed in the 18th and 19th Centuries, spherical aberration continued to hamper optimal imaging, and early attempts to correct this decreased specimen brightness and resolution. Despite working as a wine merchant, Joseph Jackson Lister (1786-1869; father of Joseph Lister, who pioneered antiseptic surgery) had a very keen interest in optics and microscopy (Figure 3). Lister began studying lenses in the mid-1820s, discovering that varying the distance between lenses could reduce aberrations. Lister published a paper on improved lenses in 1830 and collaborated with Andrew Ross (1798-1859), a renowned London microscope maker. Using Lister’s designs, Ross constructed improved achromatic lenses that were chromatically corrected for two wavelengths and spherically corrected for one. Lister and Ross were two of the 17 people who founded the Microscopical Society of London in 1839 (now the Royal Microscopical Society). 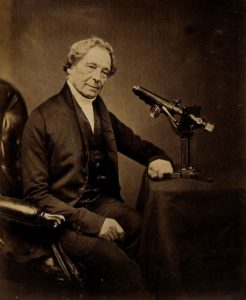 Ernst Abbe- His Theories and Applications

At this point in history, lens correction had been a largely empirical pursuit, but this was about to change with the work of Ernst Abbe (1840-1905). Abbe proposed many theories and formulae that still form a substantial basis for lens design and imaging, including the designation of numerical aperture.

In 1866, Abbe was hired by Carl Zeiss (1816-1888), who had been making and selling microscopes since 1847. Zeiss was aware of the competition and that optical component production had relied on trial-and-error. He aimed to produce instruments “determined beforehand by computation” and appointed Abbe as Research Director of the Zeiss Optical Works. From 1872, all Zeiss microscopes were produced according to Abbe’s theories.

However, with the quality of glass available, objectives exhibited variations in refractive index leading to sub-optimal resolution and imaging. In 1879, Abbe received a new lithium glass sample from the chemist Otto Schott (1851-1935). Abbe brought Schott to the German city of Jena in 1882, where a glass-making laboratory was set up for him. They collaborated with Zeiss to form a business, now known as ‘Schott’ (famous for Duran glassware).

Around 1881, Abbe began experimenting with the mineral fluorite, postulating that its optical properties could reduce chromatic and spherical aberrations. After receiving fluorite from the Oltscheren Alps, Abbe traveled to the region in 1886 and spent time at the hut owned by Zeiss Optical Works. Fluorite may have been used in the first apochromatic objectives, although this was never detailed.

In 1886, the company produced the most precise objective, the apochromat, eliminating chromatic aberration for three wavelengths and largely minimizing spherical aberration. Despite initial lens problems, Zeiss Optical Works paved the way for an objective that was to revolutionize microscopy, forming the basis of modern apochromatic objectives.

Abbe published his work on fluorite in 1890, and this objective provided greater spherical aberration corrections than the achromat. The fluorites were (and still are) more affordable than the apochromat, and although some modern lenses use a synthetic substitute, the mineral is still used in objectives.

In 1889, a year after Zeiss died, Abbe established the Carl Zeiss Foundation in his honor. He also transformed conditions for the employees, including the introduction of an eight-hour day. Abbe retired in 1903, and a torchlight procession of 1500 Zeiss employees was held in his honor. He died in 1905 and is remembered in Jena in the form of two memorials (Figure 4).

Optimal microscope imaging was largely hindered until the latter half of the nineteenth century due to the inherent imperfections of early lenses combined with the trial-and-error approach to lens correction. Without detracting from the work of the early pioneers, we have Ernst Abbe to thank for the basis of imaging theory and modern lens design.

The timeline below summarises the development of corrected lenses and objectives.

Share this to your network:
TwitterFacebookLinkedIn
Written by Martin Wilson