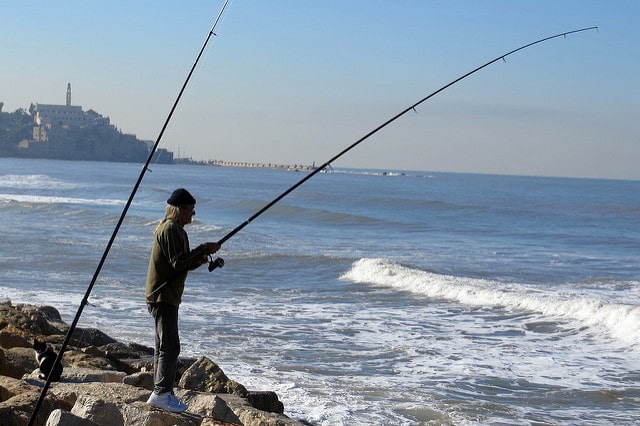 There is something about kinases that resemble ghosts. Their effects reveal their presence, but they can be difficult to catch. With a low abundance of hundreds or even tens of molecules per cell, they are difficult to detect using conventional methods such as Western blotting or mass spectrometry (MS). However, you will need to detect kinases for many biochemistry or evolutionary biology studies: from detecting condition-dependent changes in molecule number to detection and characterization of active sites.

Do you remember how the Ghostbusters used their special trap to suck in and contain ghosts? Well, you can perform a similar trick using multiplex inhibitor bead assays (MIB) to catch your kinases. These assays are especially useful if you want to study changes in your cell type’s kinome – the complete set of protein kinases.

MIB, in a nutshell, is an assay that uses an affinity chromatography column that is cross-linked with protease inhibitors. As with any affinity chromatography assay, you pass your lysate through the column. In a MIB assay, any kinases present will selectively bind to the kinase inhibitors present on the column. Then, you elute the bound kinases, and either do a Western blot or digest them with proteases and perform MS(1).  In this article I’ll describe the major considerations for performing a MIB assay as well as a promising modification to the standard method.

You do need a bait to fish out your kinases. Kinases inhibitors, which have high affinities for kinases, can be crosslinked to the column to serve as the bait. Finding the right inhibitors is often the most challenging step in designing a MIB assay because most inhibitors in published assays are home-made. However, there are a number of commercially available inhibitors, for example, you can start out by picking from a list here.

A robust MIB will use several (up to 7) kinase inhibitors to ensure an exhaustive screen.

Once you’ve chosen your inhibitors, depending on their chemistry, you will be able to chemically cross-link them to sepharose beads and prepare a column. Don’t forget to add protease inhibitors and incubate your lysate with the column to ensure kinase retention.

After incubation overnight at 4°C, the column is eluted several times, first with low salt, then with increasing concentrations of salt to remove any non-specifically bound proteins. Then, you will need to release the kinases from their tightly bound inhibitors. This elution step is usually performed by adding ATP or hot SDS. ATP is a selective competitive inhibitor and a milder treatment than blasting with the detergent, but you risk leaving the most tightly bound kinases behind. SDS,  the most stringent eluant, swipes everything off the beads, so you can expect more background noise when using this. You should also bear in mind that hot SDS destroys the beads, making your column single-use. If you use SDS, you will also need to remove it thoroughly before MS by washing with large volume of buffer.

If you have managed to acquire bait inhibitors, as with any screening, you need to choose between Scylla and Charybdis (aka the two evils) – incomplete coverage and unspecific binding. If you study changes in the kinome, you will also need to include biological replicates, which will require large amounts of reagents.

There is a way to reuse your MIB column. The authors of an article in Analytical Biochemistry (2) omitted a few stages of the classical MIB. They used two commercial kinase inhibitors, PurvB and BisX, and one home-made one, SB6-060-05. PurvB and SB6-060-05 have a carboxyl group and BisX has an amino group, where both groups allow immobilization of the respective inhibitor on the sepharose beads.

They prepared the lysate from control cells and  human cell lines treated with cytotoxic drugs. The authors incubated the sepharose column cross-linked with kinase inhibitors for only ten minutes and released the lysate from the column. They then added trypsin directly to the column, thus eliminating the need for separate elution and digestion steps. The columns were incubated overnight with trypsin. After elution, the resulting peptides were dried and residual solvents removed by a column.

Because the authors performed digestion directly on the column, their method excludes the possibility of using Western blot. However, this isn’t a serious drawback because Western blot is notoriously unreliable, especially in the detection of low abundance proteins such as kinases.

The authors performed LC-MS on their samples and detected approximately 6,000 proteins, with many proteins found in at least two out of the three replicate assays performed. The analysis identified 40% (216) of the annotated human kinases and other signaling proteins as well as metabolic and structural proteins. The authors detected significant changes in the abundance of > 2,000  proteins after comparison of MIB assays on lysates prepared from untreated and treated cells.

The abundance of detected proteins estimated by Western blot varied widely between the experiments. On the bright sight, the qualitative data from Western blot correlated with data from the modified MIB assays.

The authors suggest that their method does not depend on the particular inhibitors used and can be extended to any custom-made inhibitor with a group suitable for cross-linking to the beads.

No matter which route you take, MIB and its modifications remain to be the best way of studying elusive kinases. Happy fishing!