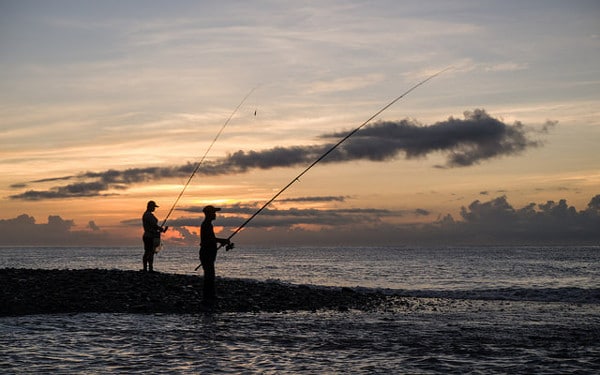 In part 1, ‘iPOND: Fishing for Proteins with DNA as Bait’ we went on a fishing expedition and learned how the iPOND technique can help us investigate the protein landscape of DNA synthesis. In this article, we will pit iPOND against a few other widely used techniques in order to answer the question: ‘Why should I use iPOND instead of [insert-your-(second)favourite-technique-here]?´

However, before we start measuring fishing poles, let’s start with a brief recap of iPOND itself. Going by the instructive name of ‘isolation of proteins on nascent DNA’, iPOND allows us to do just that in four major steps:

Et voilà! You now know which proteins were bound to the part of the DNA that was replicated while pulsing with EdU and at the time of cross-linking. As an added bonus, you can tailor your iPOND experiment to investigate very specific conditions. For example, you can vary the timing and length of the EdU pulse or impose different stresses on the cells.

My Fishing Pole Is Better Than Yours…

It sounds very smart this iPOND, doesn’t it? But how does it actually compare to some other techniques we commonly use? Now, iPOND comes head to head with a few of these other techniques in a fishing contest of three rounds.

If you are a biochemist, your method of choice for studying protein complexes will probably be to immunoprecipitate a complex component (say for instance the DNA polymerase) and identify its interactors. Like iPOND, this can be done using both targeted and untargeted approaches – by western blotting and mass spectrometry, respectively. Immunoprecipitation can also be combined with chromatin fractionation to reveal protein interactions that take place on the DNA.

The great advantage of iPOND over the classical immunoprecipitation is the additional DNA synthesis-specific spatial information that you get using EdU labeling of the DNA.

Chromatin immunoprecipitation (ChIP) is another technique often used to investigate proteins associated with DNA. ChIP is similar to iPOND in that you cross-link proteins and DNA and then perform a pull down. However, the pull down and detection is reversed in ChIP compared to iPOND. In a ChIP experiment, you immunoprecipitate a protein component and then isolate, amplify and detect the DNA bound to this protein. In an iPOND experiment, you pull down the DNA and then detect the proteins bound to this DNA.

One advantage of ChIP over iPOND is that the readout signal (the DNA sequences bound by the protein) is amplified by PCR. You therefore need much less cellular material to perform a ChIP experiment. However, you also need to know the sequences of the DNA you are looking for (e.g. an origin of replication). This is because you need to design primers to perform the amplification and detection steps. This knowledge is not required to gain spatial information about your proteins using iPOND. For iPOND, all you need to do is add EdU.1

Round 3: iPOND vs. Immunofluorescence Microscopy

In spite of the need for a massive amount of starting material, iPOND has a combination of advantages not currently offered by other techniques. iPOND allows you to:

If you feel like going fishing, H. Dungrawala and colleagues at Vanderbilt University School of Medicine published an updated iPOND protocol in 2015.3