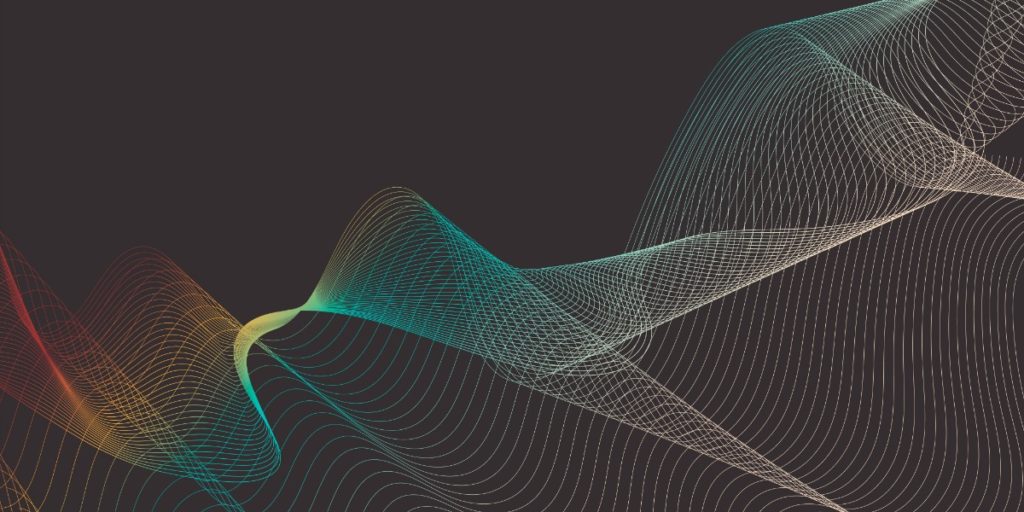 Here is a quick age test: do you remember when TV presenters wore ties that seemed to create funny patterns on the screen? Well, if you have seen this, you already know something about the principles of structured illumination microscopy (SIM). Presenters and producers have been more conscious about this for the last several decades, but up to the 70s, this bizarre phenomenon could sometimes be witnessed.

What was happening in those images was that the apparent size of certain details in the image was very close to the screen resolution, or the pixel size. This near-miss coincidence of two patterns, the one in the image and the one on the screen itself, created a third pattern, which changed as the relative position of the two other patterns changed. This phenomenon is called a Moiré effect and is, in fact, the optical equivalent of the sound beats caused by interference between two sound waves of similar frequencies.

The Moiré effect is not just there to annoy TV crews and viewers – it can also be used to benefit microscopists. SIM is a widefield microscopy technique that uses this same Moiré effect to extract higher resolution information as compared to standard, diffraction-limited, microscopy.

How Does Structured Illumination Microscopy Work?

SIM works by using patterned illumination, usually stripes, to excite the sample. The stripe position and orientation are changed several times, and the emitted fluorescence signal is recorded for each of those positions.

Following processing with a specialized algorithm, this information can be extracted from the multiple images’ raw data. The resulting reconstructed final image has a lateral resolution approximately twice that of diffraction-limited instruments, i.e., close to 100-130 nm.

In 3-D SIM, the illumination is modulated in 3 dimensions, allowing a doubling in axial resolution too, with a resulting resolution ranging between 250 and 350 nm. This kind of resolution can be achieved based on the reconstruction of 10 – 15 images.

Based on the principles above, the field of SIM microscopy has developed considerably during the past decade or so, and several variants have emerged. One such example is SSIM (saturated structured illumination microscopy). This technique uses the nonlinear dependence of the emission rate of fluorophores on the intensity of the excitation laser. It applies a sinusoidal illumination pattern with a peak intensity approaching the saturation intensity of the fluorophore, creating Moiré patterns as a result of the appearance of saturated areas. Bleaching is one of the obvious drawbacks of this technique, which makes it appropriate only for more radiation-resistant fluorophores.

Another variant has come from the combination of SIM with Stochastic Optical Reconstruction Microscopy (STORM), in a correlative SIM/STORM approach. Other combinations and developments have also appeared.

What is your experience with SIM? Have you used the basic technique or any of its more recent variants? Leave us a comment below.

Share this to your network:
TwitterFacebookLinkedIn
Written by Dr Nick Oswald