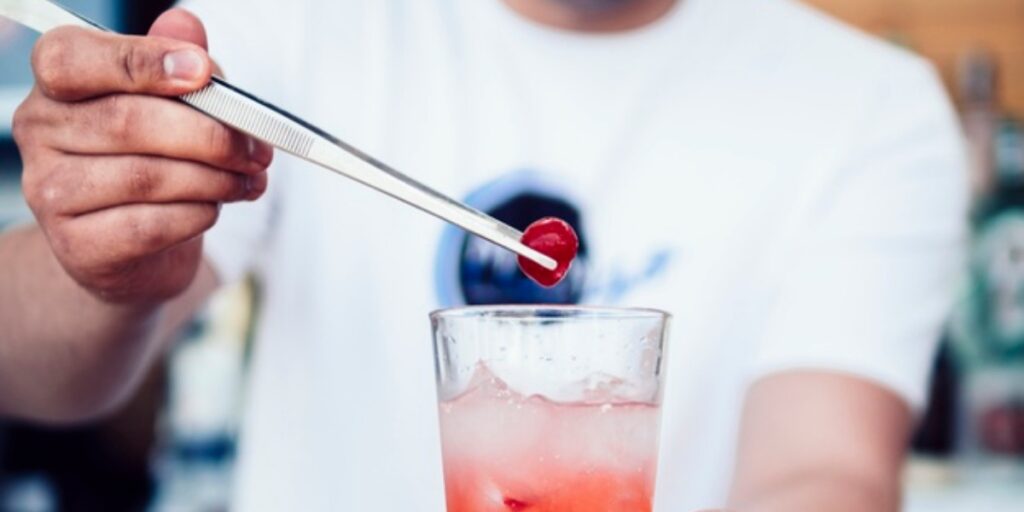 “Chewie, lock in the auxiliary power!”

“Why are we still moving towards it?”

“We are caught in a tractor beam, there’s nothing we can do.”

What our favorite scoundrel Han Solo is experiencing is a sort of giant optical tweezers. His ship is locked in with a beam of light and cannot do anything but move towards its point of origin. This is what composes an optical trap: tightly focusing a laser beam with an objective lens with a high numerical aperture (NA).

Its principle is relatively simple to explain but very powerful: any dielectric particle shined with a highly focused laser beam can be trapped into the high-intensity region of its focal plane. [1,2] These particles, when hit by light, rearrange their electrical charge creating an interaction with the light itself that draws them towards where the intensity of the laser light is the highest, i.e. its point of focus.

There they remain “trapped” until another force greater than the ones keeping them in place frees them or if the laser is turned off (Figure 1). But not everyone has an Obi-Wan Kenobi at their disposal!

Jokes apart, this influence of focalized laser light on small objects is an incredibly important principle and achievement, that awarded its discoverer, Alan Ashkin, the Nobel Prize for Physics in 2018. Optical traps have been shown to operate over a range of particle sizes from tens of microns down to hundreds of Angstrom and even single atoms have been trapped in this way. [1]

Optical manipulation has also become important in the field of biology, with a new generation of techniques collectively spawned and derived from the continuous improvement of Askhin’s single-beam optical traps, also known as Optical Tweezers. [3]

Indeed, after the very first proof-of-principle experiment using silica microbeads, Ashkin managed to manipulate viruses and bacteria, as well as single cells and intracellular organelles. [4-6] Today the laser and instrumentation of optical traps can be implemented into a variety of different microscopy setups and demonstrates how easily this technique can be coupled with various imaging approaches to achieve simultaneous manipulation and visualization of intra-cellular properties and dynamics.

Luckily, as a biologist, I can assure you that this technique can be used without having to penetrate too much in-depth into the physics behind it (if you would like a more detailed insight please refer to Neuman and Block, 2004). [2] However, as Luke didn’t wander the ways of the Force alone, so, to start using Optical Tweezers as a technique, a neophyte in this field needs to collaborate with an optical engineer to help them with the microscopy setup, a much harder task. Indeed, once it is set up, using the light trap is relatively easy.

The laser used to trap small objects and cells for experiments using biological samples is generally an infrared (IR) one since longer wavelengths can be used freely without damaging the biological specimens under investigation. This laser can be aligned in the light path of almost any commercial or custom-made inverted optical microscope.

This alignment is the most difficult and technically demanding part of setting up the Optical Tweezers because the quality of the trap and the possibility to trap objects depends on the perfect alignment of the laser light in the objective of the microscope, that results in the laser being focused in the center of the specimen plane of the microscope.

Once correctly aligned, one has to move its focus near the object of interest, and it readily falls into the trap: this object, if in suspension, can be then moved in three dimensions. By moving the object, I mean that the entire microscope stage where the specimen is can be moved freely while the object remains steadily trapped inside the focal point of the laser.

Whereas all particles that respond to certain criteria (shape, size, charge) can be trapped by optical tweezers, the most used particles in biology and biophysics experiments are microbeads. These commercially available beads can be made with silica or polystyrene, and have dimensions ranging from 0.5 to 10 microns. They are used as a probe to measure the biophysical properties of cells, as well as the forces exerted by single cells or single-cell compartments.

Bead surfaces can also be coated with highly reactive chemical residues (amine or carboxylic group) that can be coupled with peptides or molecules of interest to chemically stimulate cells and cell compartments.

Beads are not the only things that can be manipulated: lipid vesicles with dimensions comparable to those of the microbeads can be trapped and moved freely within the specimen chamber. These vesicles can be filled with a plethora of molecules and allow for the stimulation of a very specific sub-cellular region with high spatial and temporal precision.

Furthermore, biological samples like viruses, cells, and subcellular organelles can be directly trapped to investigate their biophysical properties in a variety of different environments, as well as their change under different conditions.

Do, or Do Not. There Is No Try

The experimental outline of a biophysical experiment using  Optical Tweezersstrongly depends on the preparation of the sample and on the type of study that is intended to be done. The samples can be prepared in the same way as for any other live imaging experiment, using either glass-bottom Petri dishes or glass coverslips that are put in imaging chambers. The microbeads are then usually pipetted directly over the cells of interest, trapped one at a time with the Optical Tweezers, and moved in close proximity to the cells under investigation.

The physical characteristics of the trap can be calibrated: the optical trap, as previously said, is dependent on a force that maintains the object trapped within the focal point of the laser. This force can be quantified and used as a reference to measure the biophysical features of the cells. The trapped bead is then used to poke the cell of interest and the indentation of the cellular membrane, with respect to the force applied calculated via the trap calibration, gives a measure of the stiffness and elasticity of the cellular membrane. [7]

Besides poking the cells one can just wait for the cells to poke the trap back. A variation on the same experiment can be used to quantify the force exerted by cellular projections, like neuronal filopodia and lamellipodia, on the beads using complex formulas and calculations. [8] Where is R2D2 when it’s needed?

As an interesting example, the aforementioned lipid vesicles can be trapped and moved close to cellular compartments, then broken to release their content (any molecule or peptide) to stimulate the cells of interest with high precision.

This technique is however more complex than the normal Optical Tweezers because it requires the alignment of another laser besides the IR one in the same microscope light path: this is an ultraviolet (UV) laser used to deliver brief, high-intensity pulses and break the trapped vesicle to release its contents. [9]

This variant is really useful, especially in neuroscience, since neuronal cells are highly compartmentalized and, particularly in their first stages of development and growth, prone to receive guidance signals from nearby cells as well as from their target located several centimeters and even meters afar in some cases. It certainly cannot destroy planets, but from my personal point-of-view, it is quite satisfactory to break these little vesicles and see neurons crawl towards or away from where the particle was.

The Light Side of the Force

Apart from the introduction given above of what optical tweezers can be used for, they also find applications in measuring blood flow, studying forces between single molecules, interactions between DNA and protein, functioning and forces of molecular motors like myosin or dyneins just to name a few. And who isn’t amazed by the smallest Tetris game ever played? [10]

To conclude, the one thing I hope to have passed on with this brief spotlight is that optical tweezer is a very powerful technique that offers a new and creative way to answer many biological questions [11,12] and its versatility when being applied to numerous microscopy setups is once again proof that physics and biology are more intertwined than one may think.

Do you have more interesting application ideas, want to know more details about this technique, or just have a fun Star Wars fact to share? Write in the comments below!

And may the force be with you!

Share this to your network:
TwitterFacebookLinkedIn
Written by Federico Iseppon