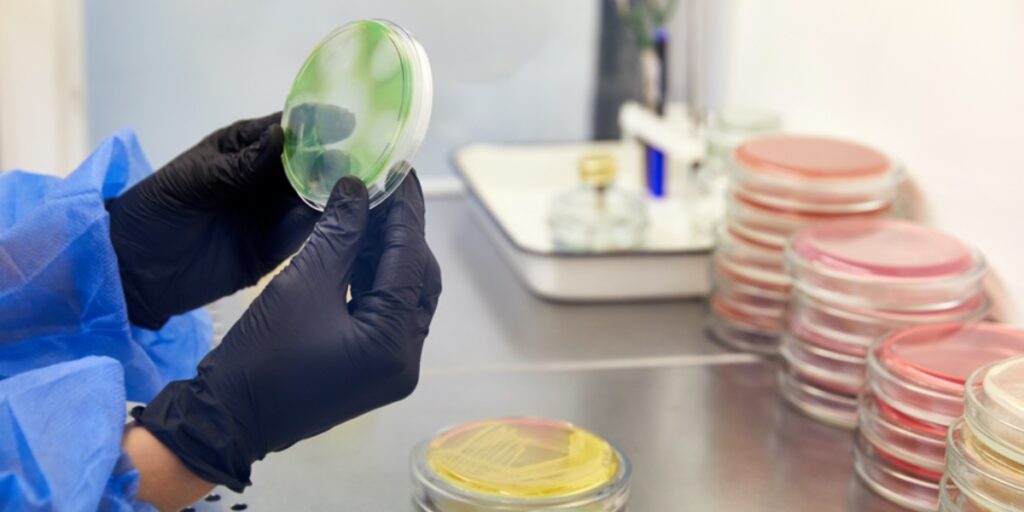 Need a crash course in methods for identifying microbes? Well, look no further: here, you’ll find an overview of the methods available for the identification of bacteria, yeast, or filamentous fungi to the species level.

Identifying Microbes at the Species level: The Why

Species-level identification allows you to discriminate between two species from the same genus, which is often essential in the treatment of infectious diseases. For example, the bacterial genus Yersinia contains approximately 15 species, some of which form part of the normal human microflora, but others of which are serious pathogens and require medical treatment (e.g. Yersinia pestis is the causative agent of bubonic plague).

The following questions can take you a long way in identifying microbes using the microscope:

Stains enable easier visualization under a microscope. Cytology microscopes have specific requirements to ensure clear differentiation between stained cells. Here’s an overview of the most popular microbiological stains.

Gram staining is often the go-to test in bacterial identification. This purple stain, based on the crystal violet dye, is named after the Danish bacteriologist Hans Christian Gram, who developed it.

This involves applying a stain to a bacterial sample to check for the presence of spores. Because not all bacteria produce spores, this information can be useful in identification. Several spore stains are available, but malachite green is probably the most popular.

This is an important tool for the staining of Mycobacterium tuberculosis (TB), which can’t be Gram-stained. The red stain carbol fuchsin is used first, followed by a counterstain such as methylene blue. M. tuberculosis stain red while other bacteria stain blue.

Stains for Fungi and Yeast

Several fungal stains exist, although they are generally non-specific. They help visualize fungal elements for identification rather than discriminate between fungal species. Examples of fungal stains include:

These tests overlap with the concept of selective growth media. A wide range of selective media exists for the isolation and identification of bacterial and fungal species.

Addressing the following questions can help you when identifying microbes:

Dichotomous keys contain a series of steps, with each step presenting descriptions of two distinguishing features (e.g. Gram-positive or Gram-negative), with a direction to the next step in the key, until the identity is known.

The idea is that you use dichotomous identification keys alongside the methods outlined above to help you identify your organism of interest.

Although still widely used, traditional methods for identifying microbes suffer from two major drawbacks. First, they are applicable only to organisms that can be cultured in vitro. Second, some strains exhibit unique biochemical characteristics that don’t fit the pattern of any known genus and species.

Fortunately, many modern methods for identifying microbes aren’t dependent on live cultures, and they can often reveal minute differences between organisms that escape detection by traditional means.

Do you use any other methods for identifying microbes? Just drop us a line in the comments section and let us know!