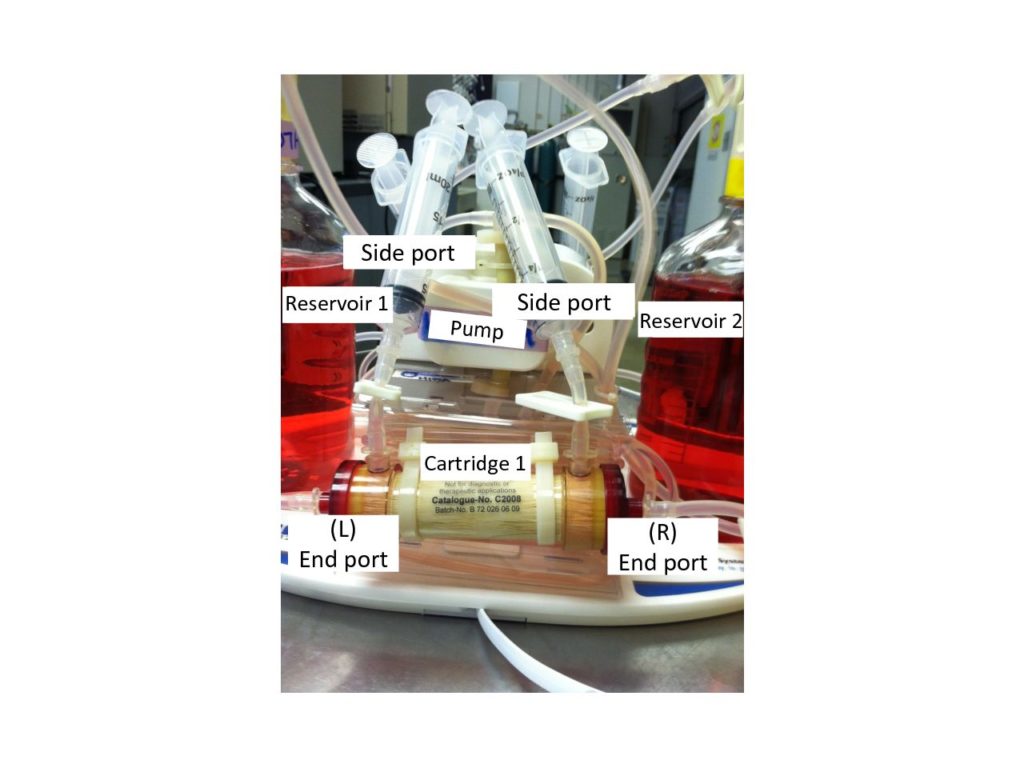 Mammalian cell culture techniques are not simple, and culturing the cells requires a lot of maintenance as well as patience. In addition, doubling times compared to bacterial cells can take days instead of hours, which is most evident when contamination occurs. However, implementing small-scale hollow fiber bioreactors for culturing mammalian cells can save a lot of time and money, and is especially useful for harvesting large quantities of secreted protein.

What is a small-scale hollow fiber bioreactor?

Biological cultures are most commonly performed in flasks, roller bottles or spinners. Instead, a hollow-fiber bioreactor is a closed loop cell culture system that allows for the continuous exchange of nutrients and waste that can support high cell numbers. The cells are attached to hollow fibers, which are like porous membranes and run parallel through the cartridge. The hollow fibers have a few choices for different molecular weight cutoff that you can specify for concentrating secreted proteins of interest.

The hollow fiber bioreactors are designed for adherent cells, but have been known to contain cells grown in suspension. Lucky for you many common cell lines are anchorage-dependent, such as Chinese hamster ovary (CHO) or kidney (HEK293) cell lines. It is easier to maintain your culture if the cells stay attached to the fibers described below. Let us look at how a bioreactor is set-up…

I have used more than 7 small- scale bioreactors, which does not include attempts where pumps have failed or contamination crept in, for harvesting several variants of a mammalian protein. These small-scale bioreactors have been a great saver of time and money for harvesting large quantities of protein, and in the long run it can stink much less than the scientists who express bacterial proteins within 24 hours.

Share this to your network:
TwitterFacebookLinkedIn
Written by Chelsey Kline