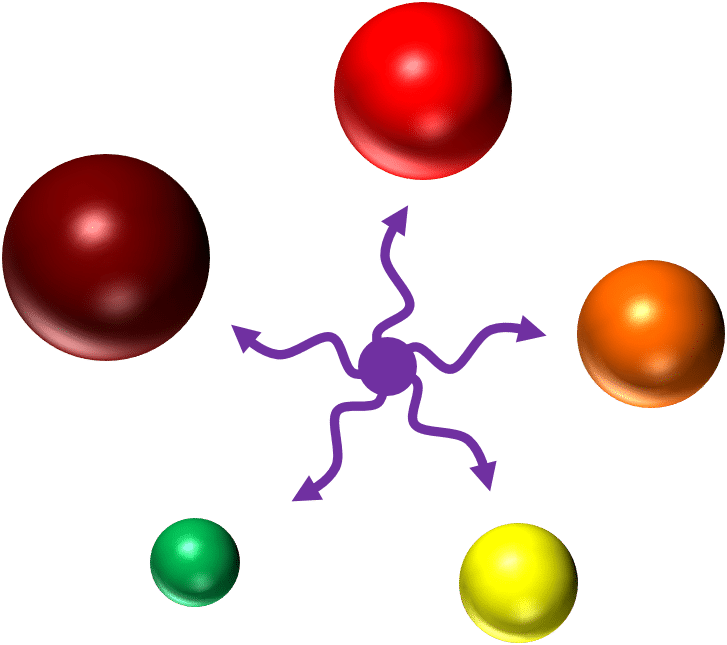 What Are Quantum Dots?

Quantum dots were discovered in the early 1980s. However, it was not until the late 1990s that their use in biological applications was suggested.1

Quantum dots are semiconducting nanocrystals made of artificial atom clusters. Their size generally ranges from 2 to 20 nm. Size is crucial for their physical properties because it sets the boundaries for electron motion within them.

The essential structure of a quantum dot consists of a core and a shell. The core usually contains cadmium mixed with selenium or tellurium, whilst the shell is made of zinc sulfide. The properties of the core-shell interface greatly impact the quality of the optical signal.2 There may be further coatings on the outside of the shell depending on the particular application.

How Do They Work?

Let’s briefly recap on traditional fluorophores. Upon being hit by a light source, such as a laser, electrons jump from their resting state to a maximal energy level. Since this is not sustainable, electrons readily fall to a more stable energy level, the fluorophore undergoes a conformational change, and energy is released as heat. When the electrons reach their resting state, the remaining energy is released as fluorescence (i.e., light emission at a higher wavelength than the excitation source).

Quantum dots on the other hand create excitons within their core and shell analogous to the excited state of a fluorophore.3 Their size is proportional to the energy of their excitons—the larger the quantum dot, the longer the wavelength of the emitted fluorescence (see image 1).4

What Can the Quantum Dots Be Used For?

There are multiple uses for quantum dots. Outside of the lab you may find them in photovoltaics or electronic displays, in the lab they can be used for fluorescence-activated cell sorting (FACS) or fluorescence microscopy.

A flow cytometer is a piece of equipment which analyzes and sorts single cells based on predefined criteria e.g. size, granulation or expression of specific cell surface protein markers. In a process called hydrodynamic focusing, a flow cytometer lines up cells from a suspension in single file using sheath fluid.

Aligned cells pass a light source, usually a laser, and the flow cytometer produces quantitative and qualitative data about the cells’ size, shape and fluorescent labelling. Some instruments sort cells into new test vials for further analysis. For many years, fluorophores have been the dominant tool in cell labeling for FACS. In the last decade, quantum dots have entered the arena.5

The absorbance spectra of quantum dots increases dramatically at shorter excitation wavelengths. They are optimally excited by a violet laser between 405–407 nm. Their narrow and symmetrical emission peaks do not change with different excitation sources. 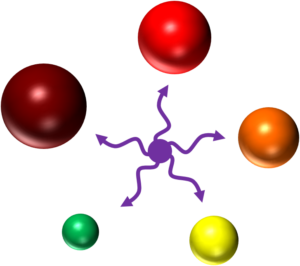 Image 1: All quantum dots can be excited by the violet laser to emit fluorescence at different wavelengths dependent on their size. Credit: Dr. Christiane Wirrig

Similarly to fluorophores, quantum dots can be coupled to biomolecules such as antibodies, streptavidin or oligonucleotides to detect cell markers. As such, they represent an alternative labeling option in situations where traditional fluorophores underperform.

Quantum dots have a lot going for them. Here is a brief overview of their main selling points:

As with many other things in life and science, quantum dots carry some limitations. Before enthusiastically placing a large order, you should consider the following points when designing FACS experiments with quantum dots.6

Quantum Dots in Your Research

Quantum dots have caused quite a splash in the fluorescence imaging toolbox. With careful experimental design and reagent selection, their many positive attributes should outweigh their potential limitations.

Have you used quantum dots yet? Feel free to get in touch with us by writing in the comments section!

Share this to your network:
TwitterFacebookLinkedIn
Written by Dr Christiane Wirrig