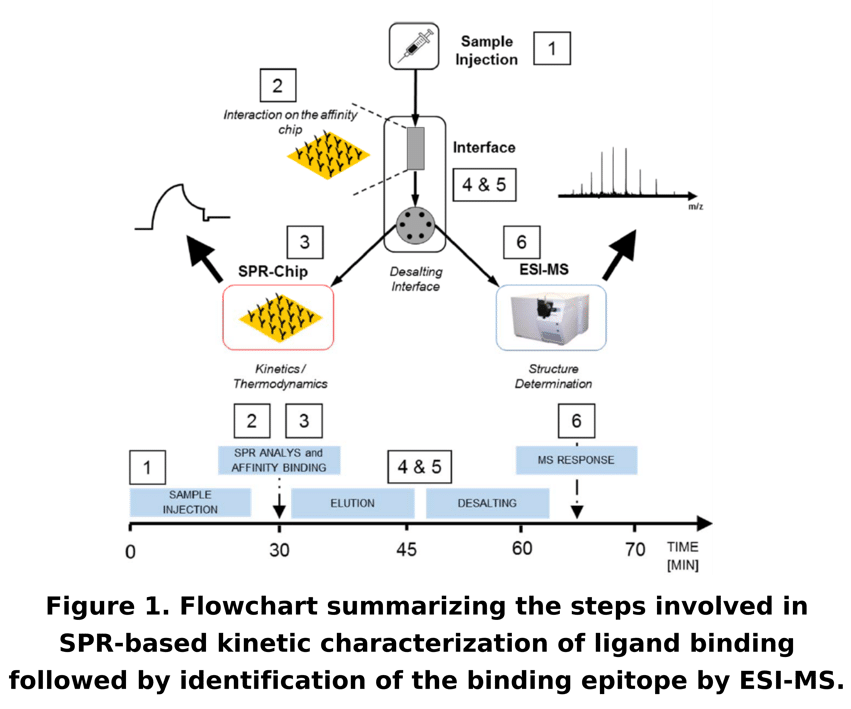 SPR for cellular analysis allows you to study how cells attach to different substrates and each other, while SPR-mass spectrometry enables you to perform full antigen and epitope characterization by identifying the specific protein ligands that bind the SPR chip.

In organisms, cells rarely work alone. They connect, or adhere, to each other and to the extracellular matrix. In blood vessels, endothelial cells work together to secrete basement membrane proteins—collagen and various glycoproteins and proteoglycans—to form a barrier that prevents cells from entering (or exiting) the blood vessel.

But sometimes this barrier is broken down with physiological or pathological consequences, as in the case of metastatic tumors when tumor cells enter the blood stream. Apart from acting as a mechanical barrier, the basement membrane regulates cell signaling affecting cell proliferation, migration, survival, and angiogenesis.

The ability to study and quantify cell-cell and cell-extracellular matrix (ECM) adhesion is, therefore, extremely important in cancer and basic research, and has applications in tissue engineering.

SPR, being a surface-sensitive technique with a penetration depth of 200–300 nm, is well suited for measuring time-resolved changes on the cell surface. However, first generation SPR instruments had a closed architecture, making them prone to clogging and contamination when used with cells or other crude samples. Improvements in flow cell design, and the development of open, modular systems have made cell study on SPR chips possible without fouling and clogging issues.

SPR allows you to reliably measure differences in cell adherence to different substrates and study cellular responses to environmental changes, such as osmotic stress or the presence of hormones or other signaling molecules.

For example, one proof-of-concept study compared the binding of endothelial cells to two models of ECM, collagen 1 and Matrigel, under physiological conditions and under osmotic stress. The results showed that cell adhesion could be manipulated by pH in both models, but cell spreading and adhesion strength were greater on stromal collagen 1 than Matrigel.

SPR is better suited than atomic force microscopy (AFM) for studies that measure cellular responses to changes in their extracellular environment because in SPR the signal corresponds to a population average whereas in AFM measurements are made on individual cells.

Understanding and modeling cell-cell and cell-ECM interactions in vitro has significant implications for tissue engineering and regenerative medicine. These models can lead to a better understanding of the processes of neovascularization and angiogenesis and can be used to screen for molecules that aid tissue repair.

The SPR instrument can be modified to facilitate imaging by incorporating suitable light filters, lenses, beam expanders, and a CCD camera. SPRi or SPRM compares favorably with fluorescence microscopy in terms of image resolution, and is label-free. SPRi can be very useful for visualizing live cells and for quantifying cell spreading, ECM binding, protein secretion and deposition, and the binding of membrane proteins to their cognate ligands.

Identify Ligands With SPR-MS and Go Beyond Binding Kinetics

If a sample has multiple components, then you cannot identify bound ligands with conventional SPR. However, combining mass-spectrometry with SPR (SPR-MS) fills this gap and provides a range of possibilities. SPR-MS allows you to carry out affinity-based isolation of epitopes, kinetically characterize their binding, identify them, and determine their primary structure with high accuracy and precision making it an excellent analytical tool for both research and diagnostics.

SPR is coupled to MS using one of two configurations. One setup involves eluting the captured ligand from the SPR chip for electrospray ionization-MS (ESI-MS) analysis (off-chip configuration). The second approach involves using the ligand bound SPR chip directly for matrix-assisted laser desorption ionization time of flight MS (MALDI-TOF MS) (on-chip configuration). Figure 1 outlines the steps involved in the off-chip approach. First, you inject the sample containing the peptide or protein ligand into the instrument where it is immobilized on an affinity chip followed by an SPR chip. After recording the change in resonance response, you elute the ligand. The eluent passes through a C18 micro-guard column via a six-port valve. After washing the column with the bound ligand to remove buffer salts, you can elute the ligand using a mixed formic acid-acetonitrile solvent system and inject it into the ESI-MS system by valve switching. The coupling interface between the SPR spectrometer and ESI-MS allows you to complete a standard experiment in roughly 70 minutes.

Both have their advantages and disadvantages. The on-chip approach minimizes sample loss and lends itself easily to micro- and macroarrays for high-throughput proteomics analysis. The off-chip approach allows for chip reuse and the incorporation of steps such as partial enzymatic digestion before MS analysis.

The combination of SPR with complementary technologies, such as MS, fluorescence or electrochemistry, is an ongoing trend that has expanded its use in new and exciting ways. For instance, a recent report described the use of a modified SPR instrument coupled to a mass spectrometer for imaging, quantifying, and identifying proteins in tissue sections (SPRi-MALDI TOF imaging mass spectrometry). This new development could complement current histological methods for cancer or infectious disease diagnosis.

SPR is an excellent analytical tool for point-of-care diagnostics, and its use in detecting drugs, hormones, toxins, explosive residues, and bacterial pathogens is well established. Numerous prototypes of portable SPR-based biosensors already exist and several more are in development, and one can well foresee a future where SPR-based testing in laboratories and in the field becomes routine.

Share this to your network:
TwitterFacebookLinkedIn
Written by Reichert Technologies
Image Credit: Karen