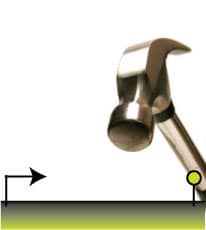 Random mutagenesis is an incredibly powerful tool for altering the properties of enzymes. Imagine, for example, you were studying a G-protein coupled receptor (GPCR) and wanted to create a temperature-sensitive version of the receptor or one that was activated by a different ligand than the wild-type. How could you do this?

Firstly, you would clone the gene encoding the receptor, then randomly introduce mutations into the gene sequence to create a “library” containing thousands of versions of the gene. Each version (or “variant”) of the gene in the library would contain different mutations and so encode receptors with slightly altered amino acid sequences giving them slightly different enzymatic properties than the wild-type.

Sound easy? Well, of course it’s not that easy. Creating a random mutant library that contains enough variants to give you a good chance of obtaining the altered enzyme you desire is a challenge in itself. There are many ways to create random mutant libraries, each with it’s own pros and cons. Here are some of them:

1. Error-prone PCR. This approach uses a “sloppy” version of PCR, in which the polymerase has a fairly high error rate (up to 2%), to amplify the wild-type sequence. The PCR can be made error-prone in various ways including increasing the MgCl2 in the reaction, adding MnCl2 or using unequal concentrations of each nucleotide. Here is a good review of error prone PCR techiques and theory. After amplification, the library of mutant coding sequences must be cloned into a suitable plasmid. The drawback of this approach is that size of the library is limited by the efficiency of the cloning step. Although point mutations are the most common types of mutation in error prone PCR, deletions and frameshift mutations are also possible. There are a number of commercial error-prone PCR kits available, including those from Stratagene and Clontech.

3. Mutator strains. In this approach the wild-type sequence is cloned into a plasmid and transformed into a mutator strain, such as Stratagene’s XL1-Red. XL1-red is an E.coli strain whose deficiency in three of the primary DNA repair pathways (mutS, mutD and mutT) causes it to make errors during replicate of it’s DNA, including the cloned plasmid. As a result each copy of the plasmid replicated in this strain has the potential to be different from the wild-type. One advantage of mutator strains is that a wide variety of mutations can be incorporated including substitutions, deletions and frame-shifts. The drawback with this method is that the strain becomes progressively sick as it accumulates more and more mutations in it’s own genome so several steps of growth, plasmid isolation, transformation and re-growth are normally required to obtain a meaningful library.

4. Temporary mutator strains. Temporary mutator strains can be built by over-expressing a mutator allele such as mutD5 (a dominant negative version of mutD) which limits the cell’s ability to repair DNA lesions. By expressing mutD5 from an inducible promoter it is possible to allow the cells to cycle between mutagenic (mutD5 expression on) and normal (mutD5 expression off) periods of growth. The periods of normal growth allow the cells to recover from the mutagenesis, which allows these strains to grow for longer than conventional mutator strains.

If a plasmid with a temperature-sensitive origin of replication is used, the mutagenic plasmid can easily be removed restore normal DNA repair, allowing the mutants to be grown up for analysis/screening. An example of the construction and use of such a strain can be found here. As far as I am aware there are no commercially available temporary mutator strains.

5. Insertion mutagenesis. Finnzymes have a kit that uses a transposon-based system to randomly insert a 15-base pair sequence throughout a sequence of interest, be it an isolated insert or plasmid. This inserts 5 codons into the sequence, allowing any gene with an insertion to be expressed (i.e. no frame-shifts or stop codons are cause). Since the insertion is random, each copy of the sequence will have different insertions, thus creating a library.

6. Ethyl methanesulfonate (EMS) is a chemical mutagen. EMS aklylates guanidine residues, causing them to be incorrectly copied during DNA replication. Since EMS directly chemically modifies DNA, EMS mutagenesis can be carried out either in vivo (i.e. whole-cell mutagenesis) or in vitro. An example of in vitro mutagenesis with EMS in which a PCR-amplified gene was subjected to reaction with EMS before being ligated into a plasmid and transformed can be found here.

7. Nitrous acid is another chemical mutagen. It acts by de-aminating adenine and cytosine residues (although other mechanisms are discussed here) causing transversion point mutations (A/T to G/C and vice versa). An example of a study using nitrosoguanidine mutagenesis can be found here.

Note: I have only mentioned two chemical mutagens but there are many others. Hirokazu Inoue has written an excellent article describing some of them and their use in mutagenesis, see here (pdf).

Another note: Chemical mutagens are, of course… mutagens and therefore should be handled with great care. Be especially careful with EMS as it is volatile at room temperature. Read the MSDS and do a proper risk assessment before carrying out these experiments.

8. DNA Shuffling is a very powerful method in which members of a library (i.e. copies of same gene each with different types of mutation) are randomly shuffled. This is done by randomly digesting the library with DNAseI then randomly re-joining the fragments using self-priming PCR. Shuffling can be applied to libraries produced by any of the above method and allows the effects of different combinations of mutations to be tested. For more information see here and here (see page 13).