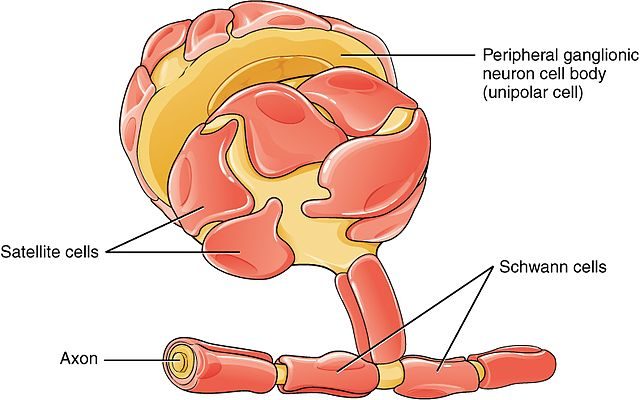 Like any other primary cell type, Schwann cells have their little quirks and specialties when in culture. In order to keep your cells alive and happy, you should familiarize yourself as much as possible with the behaviour and appearance of a healthy Schwann cell culture. The five tips below are meant to give you a little head start by pointing out some essential basics that you need to know.

1. A Confluent Plate Has Swirls

First off, there is a rather simple rule that saves you a headache about trying to decide if your Schwann cells are already confluent or not: check for cell shape changes. Before confluency they are often rather flat and don’t always have the spindle-like bi- or tripolar shape that they should have according to the literature. When they reach confluency they will elongate, align, and form very typical swirls on the plate (Figure 1). This is also a great and simple way to check if your Schwann cells are still fine at higher passages. If they don’t form swirls anymore, don’t use them for your experiments. 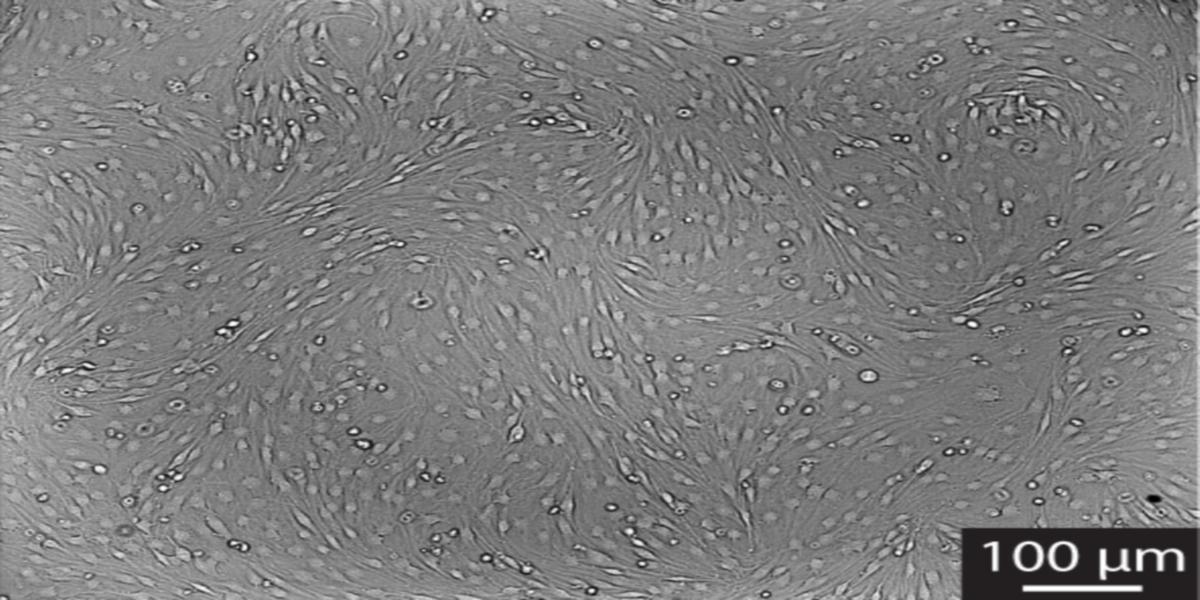 Figure 1. A nearly confluent plate of rat Schwann cells. The typical swirl patterns are formed in some areas, while others are less dense. This would be a good time to passage the cells. The image shows embryonic mouse Schwann cells, harvested at E13.5, after 3 days in culture.

When culturing primary Schwann cells you should never plate them very sparsely. They really don’t like to be lonely and in the worst case will stop proliferating or die. As a rule of thumb, you can split a confluent plate of Schwann cells 1:3. You should never split them more than 1:4. If you want to change the size of the plate when splitting, use the surface area of the plates to calculate approximately how many cells you need to plate. When in doubt, plating higher numbers is the safe choice.

3. Keep Your Schwann Cells Thriving With Forskolin and Neuregulin

To keep your Schwann cells proliferating, both forskolin and neuregulin are essential.

Forskolin is an activator of adenylyl cyclase, thus increasing intracellular cAMP levels. Typically used concentrations of forskolin for Schwann cells are in the range of 2 – 2.5 µM. It needs to be added freshly to the medium right before use, so we like to prepare a stock solution of 10 µM by dissolving the powder in DMSO, then aliquot it and store at -80°C, where it will stay good for more than one year. Once thawed, an aliquot can undergo multiple freeze-thaw cycles before it will slowly lose its biological activity.

It is important that you coat your plates before seeding your Schwann cells, since they generally don’t like to grow on bare plastic or glass. The most commonly used plating is poly-L-lysin, with poly-D-lysin working just as well. Both are good options while you are expanding your Schwann cells as they are cheap and will keep the cells attached. For experimental setups, you can stick with poly-L-lysin or choose other options such as laminin111, collagen, or matrigel. Which one is best depends on the specific research question.

5. Fibroblasts Are Your Enemy

One of the worst things that can happen to your Schwann cell culture, besides a contamination with bacteria or fungi, is rampant growth of fibroblasts. The best method of prevention is to try and minimise the amount of fibroblasts during the initial preparation of your cells. Some of this is practice, some of this is optimisation of the preparation protocol. For cultures that you want to expand and passage you should aim for less than 2% fibroblast contribution to your initial culture.

Now if your culture has a higher percentage of fibroblasts you don’t need to trash it immediately. Consider the following options to decrease their numbers and inhibit their growth:

The first option is treatment with 10 µM cytosine arabinoside (ara-C) for two days. Ara-C is a chemotherapeutic drug that interferes with DNA replication and leads to apoptosis in dividing cells. Since fibroblasts proliferate more rapidly than Schwann cells they will be more affected by this, but long treatment cycles will impair Schwann cell proliferation as well.

The second option is complement-mediated killing. To this end, you use an anti-Thy1.1 antibody that will target fibroblasts but not Schwann cells and complement factors. Most protocols for preparation of primary rat Schwann cells will use this in combination with ara-C treatment to get rid of as many fibroblasts as possible.

My third suggestion is to use a serum-free growth medium, for example with N2 supplement. For short-term acute culture of primary cells, this is the way to go, but for longer cultivation times and expanding of the cells you should first give the above methods a try.

These are my five tips to watch out for when culturing primary Schwann cells. Applying them to your own cultures should help you maintain the cells happy and healthy. While it might seem tricky at first, you will find with some experience that Schwann cells are fairly easy to culture and provide you with a robust system for your experiments.

Read more about the role of neuregulin in Schwann cell development:

Read more about the impact of intracellular cAMP levels on Schwann cells in culture: