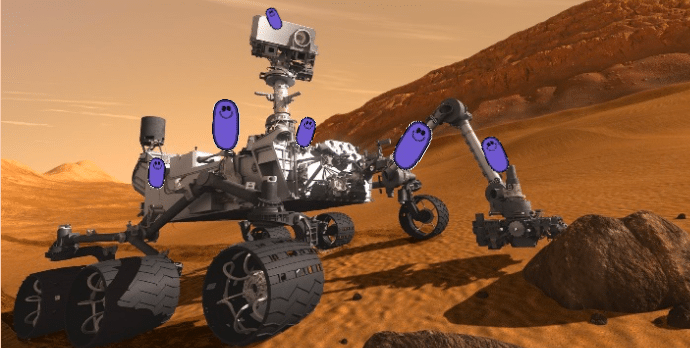 My favorite reason for being a biologist is that I am endlessly amazed by how life adapts to various pressures on planet Earth. This especially holds true for endospores, one of nature’s most resilient means of surviving for thousands of years in non-ideal environmental conditions. In this article, we’ll explore some of the extreme environments that endospores can survive and how they do it. While I won’t be getting into the details of spore structure, formation, and reactivation here, I plan to write about these topics in a separate article- so stay tuned!

First, a bit of vernacular! What are “spores”, exactly? The word ‘spore’ is used in different contexts and very broadly in biology, leading to some confusion even among experienced biologists. Spores are produced by algae, fungi, plants, and bacteria, yet their functions and properties are quite diverse. For the purposes of this article, we’ll be focusing on bacterial endospores, which certain bacteria form when harsh conditions threaten their normal growth cycle. Bacterial endospores are often referred to simply as “spores” for convenience, and I will be doing the same in this article.

Many factors can induce sporulation, including dehydration, high temperatures, and a lack of metabolizable carbon, nitrogen, or phosphorous. Spore forming bacteria take heed of these environmental warnings by sporulating- and bunkering down for the potentially perilous conditions looming in their future.

Conditions Spores Can Survive- and How They Do It

Spores employ extreme survival strategies. One bacterial spore-producing strain has been reported to survive 100,000 years in the spore state (1). And a more controversial study in Science suggests that the same strain can live for 25-40 million years (2)! Below, I list different stressors that bacterial spores have been found to survive, as well as the tactics used to negate these harsh conditions.

In most cells, direct interactions between photons and DNA cause several types of damage to the chemical structure of nucleic acid.

Two DNA photoproducts, CPDs and 64PPs, occur when adjacent pyrimidine bases form a lesion and inhibit polymerases, preventing cell replication. Spore-forming bacteria have evolved a nifty protein to prevent this damage from occurring in the first place. During sporulation, bacteria express large amounts of SASP protein (small acid-soluble spore protein), which binds to DNA to change its configuration from the predominant B-DNA form to A-DNA. This alters the DNA’s geometric structure, preventing CPD’s and 64PP’s formation.

Another common dimer occurs when a double bond in thymine absorbs UV radiation. This opens up a double bond in thymine, freeing it to react with a neighboring thymine to form a dimer. Thymine dimers, often called SPs (spore photoproducts) in endospore literature, continue to form but are repaired when spore metabolism kicks back up during reactivation.

The primary cause of cell death upon increasing temperature is protein denaturation. The endospores produced by many species can withstand temperatures 40°C higher than their vegetative counterparts. In fact, resistance to heat is one of the hallmark properties of spore resilience.

So How Do Spores Survive?

The biggest factor in endospore heat tolerance in liquid conditions is intracellular water content. Spores that contain less water are more heat-resistant than those with more water. The exact mechanism behind this is not very well understood, but it is inferred that spore proteins become more stable with fewer bound water molecules. The spore core by mass is actually a whopping 5-15% dipicolinic acid (DPA), which forms a complex with divalent calcium ions to bind much of the remaining free water. In addition, thermophilic spore formers outperform mesophilic* spore formers in high wet heat conditions, supporting the idea that protein stability is the rate-limiting factor when it comes to temperature tolerance.

*Mesophiles are organisms that grow well in moderate temperatures (24-45ºC).

Another factor that increases heat tolerance is SASP, the same protein that binds DNA to shield pyrimidines from UV dimerization. SASP also protects DNA in dry heat conditions, where DNA damage by depurination is more likely to happen. Here, thermophilic spore species do not have a competitive advantage over mesophilic ones, indicating that DNA damage control is more important to withstand dry heat tolerance than protein stability.

Because there are no active enzymes in dormant spores, chemical resistance is due partly to the impermeable nature of the spore coat- especially to hydrophilic compounds. In addition, the proteinaceous spore coat protects delicate cellular membranes from lytic enzymes that target peptidoglycan. Some species of spores have enzymes within their coats that potentially act to detoxify toxic compounds, such as the action of catalase on peroxides. For chemicals that do breach the spore coat and enter the core, they are less reactive as the low water content of spores slows chemical reactions that would otherwise obliterate a vegetative cell. And SASP acts as a champion defender for spore DNA yet again, sheltering it from oxidizing agents.

“Panspermia” is the hypothesis that life can be dispersed throughout the universe by interplanetary bodies like meteoroids and asteroids. If Earth was struck by a large asteroid, for instance, microorganisms might become trapped in the debris and get launched into space, travelling light years until they reached a more hospitable destination. Panspermia could theoretically also occur by contamination. I mean, the Mars Curiosity Rover certainly wasn’t designed to be sterile! This begs the question: can
bacterial spores survive space? 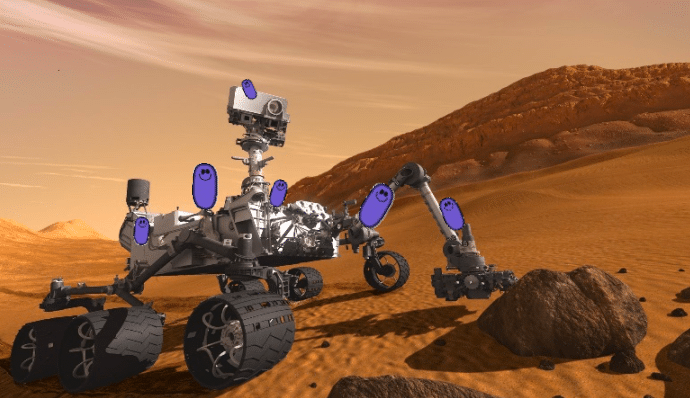 In short- to a degree! When launched into space, spores face extreme dehydration, cosmic radiation, vacuums, and extreme temperatures. In one study, spores were sent to space with or without various chemical protectants (4). After 6 years, 80% of spores protected from solar UV survived, whereas those exposed lost viability by four orders of magnitude. However, even for the non-formulated samples exposed to solar radiation, 104 spores in these samples survived. Samples that included protective substances such as glucose or buffers had increased stability in space.

So there you have it! Spores are incredibly hardy and as such, they are a source of inspiration for astrobiologists, immunologists, probiotics, and more. Do you use spores in the lab? If so, tell us all about it in the comments section. And keep your eye out for the next article about endospore structure and function!

Share this to your network:
TwitterFacebookLinkedIn
Written by Adrienne Huntress
Image Credit: