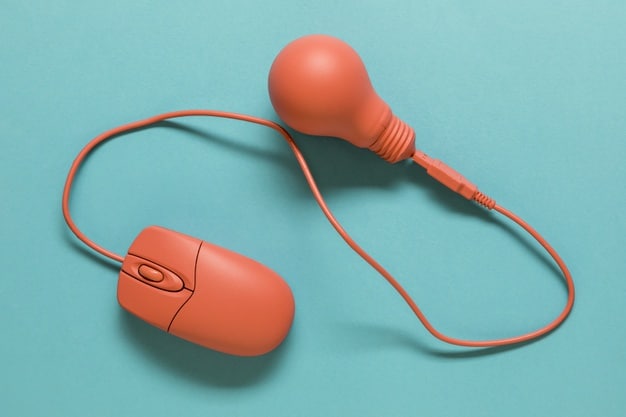 Let’s face it: the nature of behavior itself is inherently variable, whether it’s the heterogeneous socializing behavior of humans at parties, the complex aggressive behavior of rodents when they perceive a threat, or the intricate courtship behavior of insects during their mating dances. Because of this variability, the struggles associated with trying to (successfully) reproduce mouse behavioral studies in a laboratory setting are nothing new and have been a source of torment to biologists for decades. Exclusive not only to behavioral biology, reproducibility in all fields of science is absolutely essential for a validated understanding of the natural, biological world and the processes that govern it.

But never fear! I’m here to offer you some tiny nuggets of wisdom that can help you not only pinpoint your sources of variation, but hopefully reduce, or even eliminate, some of them altogether. Here are some common external and internal factors that can affect behavior in mice, thus potentially increasing variability in your data.

Factors that Affect Behavior in Mice

Let’s start with an obvious source of externally-induced variability: the environment. Lab mice are exposed to a multitude of stimuli in their environment that often go over-looked by the experimenter, because, as humans, we usually perceive these stimuli as innocuous and more-or-less non-existent. As the experimenters, though, we need to be very aware that the lights, sounds and smells that our lab mice experience can and do have very real consequences on behavior data — especially cognitive behavior1 data, of which full, uninterrupted attention by the mouse is a necessity.2

Starting with light, experimenters must realize that mice are nocturnal animals and are therefore used to being the most active at night. What this means for mouse behavioral studies3 is that mice that are being tested under bright lighting are not going to be as active as mice tested under dim lighting conditions. Because of this, your experimental lighting conditions should be heavily considered when planning your behavior experiments.

For example, if you want to assess locomotive behavior in the open field test,4 I would recommend using dim lighting conditions as a means of encouraging increased locomotion in your test mice. Conversely, if you want to recapitulate a mouse model of anxiety that evaluates the use of a newly-developed anxiolytic drug (as is commonly done through the use of the elevated plus maze test5), you should contemplate using bright lighting conditions that will likely induce anxiety-like behavior in your test mice.

Moving along to sounds, mice will undergo what’s called the acoustic startle response6 when exposed to loud noises during behavior testing and will likely freeze and not perform or complete the test accurately, making your behavior data difficult or impossible to interpret. Along the lines of smells, here is a mistake that I commonly see time and time again during behavior testing: not minimizing olfactory cues! Mice have a very keen sense of smell that they can use for learning about their surrounding environment,7,8 and can easily pick up on the scents of their fellow cage mates in nearby proximity. This is why it is crucial to minimize olfactory cues between animal testing so that the mouse currently being tested is not distracted or deterred by the scent of the previously tested animal that traversed the same testing apparatus. To minimize olfactory cues, just simply wipe down all testing apparatus/mazes/equipment with a 70% ethanol solution between test subjects.

In parallel with a high sensitivity for odor discrimination among their cage mates, mice are also extremely sensitive to the odors emitted by us, their testers. For this reason, it is highly advisable to avoid wearing strongly-scented perfume, cologne, deodorants, or soaps during behavior testing. Other factors that can cause variation in behavior data that are experimenter-induced: mouse handling techniques. You must remember to handle the mice the same way every time they are undergoing testing, as even the slightest difference in how the mouse is picked up and placed onto the testing apparatus can impact your data.9

Regardless of sex, another factor that you should take notice of when handling your mice is talking (to them, or just in general) during their testing periods. You want to avoid making as much noise as possible during behavior testing.1 Think of it like this: you wouldn’t want someone making a racket while you’re trying to take an exam, right? The same goes for mice during their behavior tests.

Perhaps one of the most prominent internal factors that can greatly impact behavior data is the female estrous cycle.11 It is well known that mouse female cyclicity can impact performance on a variety of behavior assays.12 For this reason, you should consider testing your males and females separately, and possibly testing male mice first in your pilot studies in an attempt to understand the biological or physiological mechanism without the complication of the estrous cycle to confound your behavior data.

Pheromones are another, often over-looked, factor that can affect your behavior data. It is entirely possible that your male or female mice will behave differently during their testing period if they are being tested simultaneously near a mouse of the opposite sex (e.g., the Bruce effect in females). Different pheromones are linked to different behavioral consequences, such as increased arousal or increased stress responses in mice.13 For these reasons, like with the fluctuating female estrous cycle mentioned above, you may want to consider behaviorally categorizing your male and female mice in a temporal- and spatial-dependent manner; in other words, try to minimize testing females and males together at the same time and in the same location whenever possible.

Lastly, the circadian rhythms that govern the sleep-wake cycle and fluctuating daily cortisol levels in mice are definitely something to pay attention to when planning your behavior experiments.14 As mentioned earlier, mice are naturally nocturnal animals, so the time of day during which you test your mice is critical!15 If you are doing a time course study, be sure to test your mice at the same time every day, as their naturally rising and falling cortisol levels can exacerbate and dampen, respectively, their baseline stress levels, thus impacting the results of your behavior data.16 Consistency is key!

Moving forward, be sure to keep a keen eye out for these factors when planning your future behavior experiments. Remember, you have control over most, if not all, of the external factors discussed here (i.e., don’t wear strong perfume or cologne or talk loudly during behavior testing). As for the internal factors that may affect mouse behavior, while you may not have direct control over these factors (i.e., female cyclicity, pheromones, etc.), a little strategic planning ahead of time can certainly help you mitigate the effects of these biological processes on your behavior testing. Albeit there are many more scientifically documented factors out there that are known to perturb mouse behavior,17 tightening down on some of the common sources of variation here will surely help you shrink the error bars on your beautifully generated behavior data!