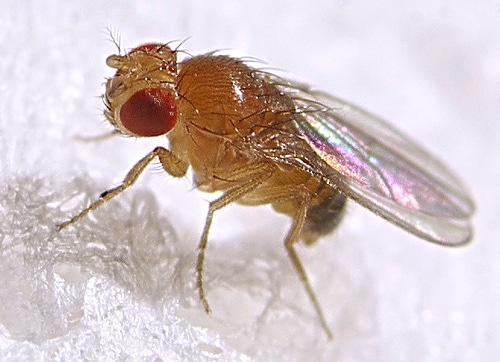 The term “model organism” is often used in research, to describe species that are extensively studied to understand particular biological phenomena. We say “model,” because there is usually the expectation that discoveries made in the organism model will be representative of related taxonomic groups. In particular, model organisms are widely used to explore potential causes and treatments for human disease when human experimentation would be unfeasible or unethical. For instance, a it may be difficult or impossible to visualize cellular processes in mammalian embryos; and the manipulation of human subjects is tightly regulated for obvious reasons. This strategy is made possible by the common descent of all living organisms, and the conservation of metabolic and developmental pathways and genetic material over the course of evolution.

There are many model organisms. One of the first model systems for molecular biology was the bacterium Escherichia coli, a common constituent of the human digestive system. Several of the bacterial viruses (bacteriophage) that infect E. coli also have been very useful for the study of gene structure and gene regulation (e.g. phages Lambda and T4). However, bacteriophages are not organisms because they lack metabolism and depend on functions of the host cells for propagation.

In eukaryotes, several yeasts, particularly Saccharomyces cerevisiae (“baker’s” or “budding” yeast), have been widely used in genetics and cell biology, largely because they are quick and easy to grow. The cell cycle in a simple yeast is very similar to the cell cycle in humans and is regulated by homologous proteins. The fruit fly Drosophila melanogaster is studied, again, because it is easy to grow for an animal, has various visible congenital traits and has a polytene (giant) chromosome in its salivary glands that can be examined under a light microscope. The roundworm Caenorhabditis elegans is studied because it has very defined development patterns involving fixed numbers of cells, and it can be rapidly assayed for abnormalities. The frog Xenopus laevis is studied because it’s oocytes are particularly large and embryos are easily manipulated. The fish Danio rerio is studied because its embryos are transparent and later developmental stages are therefore easily resolved. The slime mold Dictyostelium discoideum is studied because it is the simplest model available for cell-cell communication. The mouse Mus musculus is studied because it is the easiest mammal to grow in the laboratory, and has fewer ethical concerns attached to it. And I haven’t even gotten to the plants!

And, due to their utility in scientific research, their genomes were among the first sequenced.

In the coming days, I will try to produce a series of articles on some of the model organisms central to molecular and cellular biology. Stay tuned…