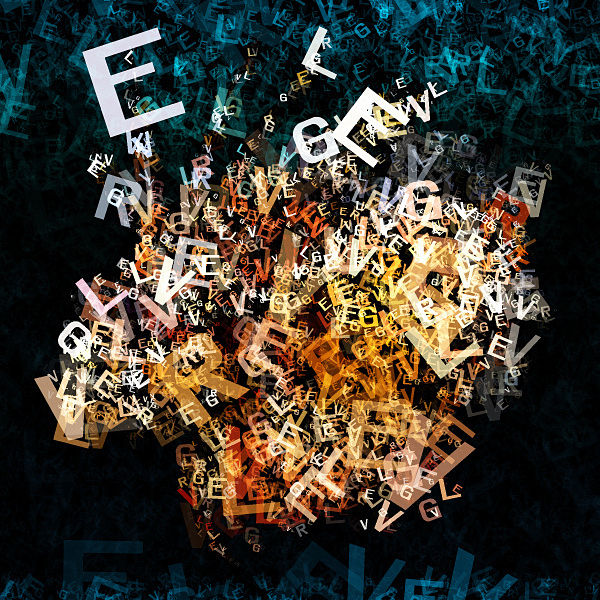 The wide range of applications of PCR has led to an ever-growing list of variants of the technique. While some are optimizations to suit specific requirements and are very similar to basic PCR, others completely turn the technique on its head to formulate novel creative applications in various fields. This article lists some variants of PCR alphabetically in the hope of creating an awareness of the variations that have been created for very specific purposes but may have other applications, as well as to assist in increasing awareness of the broad range of applications for this technique in general.

Allele-specific PCR: Rather than designing primers for an invariant part of the genome in order to amplify a more polymorphic area between them, at least one of the primers used in this variation of PCR is complementary to a polymorphic area, with mutations located at its 3’ end. Since mismatched primers will not initiate replication whereas matched primers will, amplification is indicative of the mutation being present. This is used in SNP genotyping.

Assembly (Polymerase Cycling Assembly or PCA) PCR: Long DNA molecules are created from long oligonucleotides with short overlapping segments. Primers with an overlap are used to create products that can then be used as a template to generate the long DNA molecules.

Asymmetric PCR: One strand of DNA is preferentially amplified. This is done by limiting or leaving out one of the primers. Upon depletion of the limited primer, DNA synthesis of the other strand proceeds arithmetically rather than exponentially (as in conventional PCR). However, limiting a primer also decreases the annealing temperature affecting reaction efficiency (avoided using LATE-PCR).

Co-Amplification at Lower Denaturation Temperature (COLD) -PCR: Variant alleles are amplified from a mixture wild-type and minority mutation-containing DNA. This variation is used in cancer detection. This method allows for the preferential amplification of low levels of mutated DNA, whereas conventional PCR amplifies all sequences indiscriminately.

Colony PCR: Small quantities of bacterial cells from bacterial colonies are added to the PCR mix. An initial extended annealing period or a shortened denaturation step at 100°C is used to release the DNA. This can be used to screen for correct DNA vector constructs. Vector primers can also be used. Target DNA fragments are first inserted into a cloning vector and a single set of primers are designed for the areas of the vector flanking the insertion site, resulting in amplification of the inserted sequence.

Digital PCR (dPCR): This style of PCR allows for more accurate quantification of nucleic acid amounts. Rather than each sample undergoing one reaction and the overall sample being monitored, the sample is partitioned and the reaction occurs in each individual partition. Assuming the molecule population follows a Poisson distribution, each part will contain ether ‘0’ or ‘1’ molecules, i.e. be negative or positive respectively. Following PCR amplification, the nucleic acids are quantified by counting the number of positive samples. Unlike conventional PCR, the number of amplification cycles is key in determining the initial quantity of target molecules. This allows for absolute quantification by eliminating the reliance on exponential data.

Hot Start/cold finish PCR: Hybrid polymerases that are inactive at ambient temperatures are used. These only activate at higher temperatures to prevent non-specific amplification at lower temperatures. In hot start only PCR, the reaction mixture can be heated to 95°C before the addition of the polymerase for the same reason.

InterSequence-Specific (ISSR) – PCR: Primers from a commonly repeated sequence of DNA (called microsatellites) are used to generate a unique fingerprint of amplified product lengths. ISSR-PCR has a wide range of application including characterizing genetic relatedness among populations, detection of clonal variation, and for the detection of genomic instability.

Inverse PCR: This technique is used to amplify the DNA surrounding the target sequence. The target DNA is first digested using restriction enzymes to create a known sequence flanked by two unknown or target sequences. Next, it circularizes by self-ligation. More restriction enzymes are used to cut the circularized DNA but this time just once and at the known sequence. This creates a target molecule flanked by the two halves of the known sequence that can then be amplified. Ligation-mediated (LM) -PCR: small DNA oligonucleotides complementary to the ends of the target sequence are used to create a product with the target sequence flanked by the complementary oligonucleotides. These complementary oligonucleotides are called ‘linkers’ or ‘adaptors’. A 12mer linker attaches to the 3’ end of the target sequence on both strands and a 24mer linker attaches to the 5’ end of the target sequence on both strands. At 95°C, the 12mer linkers detach and the gap created in filled in by Taq polymerase at 72°C. During each subsequent PCR cycle, the 24mer acts as a primer thus creating target DNA molecules with linkers at both ends. The addition of these linkers negates the need for conserved sequences at the end of target DNA molecules. Large quantities of target DNA can be generated from extremely low starting amounts, however ligation can be inefficient and thus more rounds are required to generate a high yield of pure product. LM-PCR is used in sequencing, genome walking, and DNA footprinting.

Linear-After-The-Exponential (LATE) – PCR: This is a modification of asymmetric PCR that uses a limiting primer with a higher melting temperature than the excess primer allowing for large amounts of product to be made after the exponential phase of PCR. This is used for single cell genetic diagnosis and the identification of high threat bio agents, as it is more efficient and highly specific than conventional PCR.

Long-PCR: Using Taq polymerase, amplicons of over 50 kb can be generated.

Methylation-specific PCR (MSP): This variation of PCR is used to detect patterns of DNA methylation at cytosine-guanine (CpG) islands and to characterize their methylation state. Using sodium bisulfite, unmethylated cytosine bases are converted to uracil. This is to create complementary adhesion points for adenosine in the PCR primers. A two amplifications are then carried out with one primer pair annealing to the DNA with cytosines and the other to DNA with uracil.

Multiplex-PCR: Multiple primer pairs to various target sequences are used to enable simultaneous analysis of more than one sequence of interest, however there are resolution limitations (avoided using MLPA). This is useful in testing for genetic mutations and in DNA fingerprinting protocols.

Multiplex ligation-dependent probe amplification (MLPA): Multiple targets can be amplified using one set of primers. The probes used consist of two oligonucleotides that anneal adjacent target sites on the DNA. One probe contains the sequence recognized by the forward primer on the 3’ to 5’ DNA strand and the other probe for the reverse primer on the 5’ to 3’ strand. Once both probes have annealed their respective DNA strands, they are ligated into a complete probe. This means that unbound oligonucleotides are not amplified. This technique is used for analysis of microsatellites and single nucleotide polymorphisms.

Nested PCR: If unwanted primer binding is a problem, two sets of primers can be used where the products of one round of DNA replication are used to create target sequences without any contaminating adjacent DNA not of interest.

Quantitative/Real-Time (q) PCR: This technique is used to measure the amount of target DNA present while simultaneous amplifying it. To do this, non-specific fluorescent dyes or DNA oligonucleotide fluorescent probes are used. Probes contain a fluorescing molecule and a quencher bound at either end. These probes bind DNA specifically to DNA target sequences but the quenching molecule absorbs the light from the fluorescent reporter. Light is emitted upon excitation with a laser. When replication of the target sequence occurs, the polymerase uses its exonuclease activity to remove the probe base by base. This causes the fluorescent reporter to be separated from the quencher and the light emits can be detected once a threshold has been reached. This allows for quantification of the target sequence.

Round A/Round B (R) – PCR: R-PCR is very similar to LM-PCR but the linkers are longer and contain an overlapping region with the target sequence.

Splicing by overlap/overhang extension (SOE) PCR: This modification is used to insert specific mutations at target points in a sequence or to insert (splice) in smaller DNA fragments. To splice two DNA molecules, special primers are used with overhanging sequences complementary to the strand to which it is to be annealed. Higher yields can be achieved using asymmetric PCR.

Thermal Asymmetric InterLaced (TAIL) – PCR: Like inverse PCR, this is a method of isolating unknown sequences flanking a known (sequenced) area of the genome. A nested pair of primers with different annealing temperatures is used within the known sequence and ‘degenerate’ primer is used to amplify in the other direction from the unknown sequence.

Whole genome amplification: ‘Degenerate’ primers that initiate replication from a wide range of locations in the DNA are used. This is highly useful if the sequence of the DNA is unknown and only small quantities are available.

Share this to your network:
TwitterFacebookLinkedIn
Written by Olwen Reina