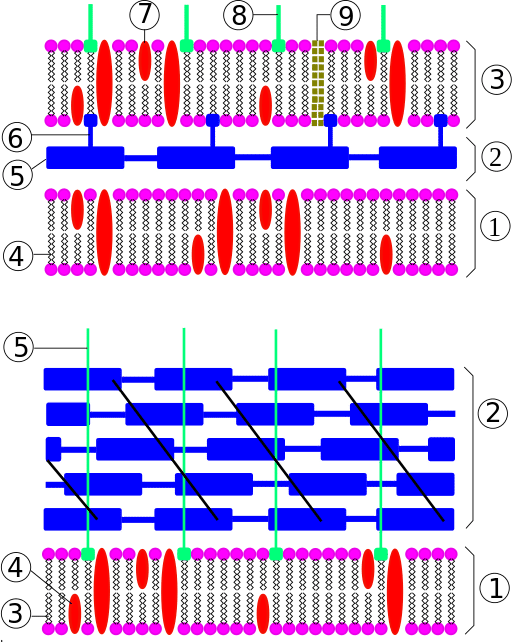 When you think of microbes what comes to mind? Moldy bread, Penicillin and antibiotics? Vaccines? Fermented food, like yogurt and kombucha? And the latest Probiotics health craze? How about antibody production for immune therapy? Maybe not so much, but you should know that the use of microbes is wide and ever growing. Now researchers are finding ways to use microbes to produce therapeutic products.

In this World of Microbes series, I covered some of many facets of microbial use. Including antibiotics and vaccines, and the brave new world of gut flora. But this is by no means the end of microbe usefulness.

Today I will talk to you about antibody production and microbes.

The main type of immunotherapy uses antibodies, those complex proteins that recognize and bind an almost infinite number of antigens.  Because of this, they are extensively used as diagnostic and laboratory tools. There are even specialty companies for in vitro monoclonal antibody production.

Antibody structure is one of the keys to their success. They contain a variable region (Fv) that is tailor made to bind a specific antigen and a constant region (Fc) that binds a receptor (shown in Figure 1). Effector cells  have receptors that recognize the Fc region of the antibody putting them in close proximity to the Fv region bound to its antigen. This sets off a cascade of events inducing a search and destroy of the antigen throughout the body.

Monoclonal antibody therapy makes use of some or all of the antibody parts. The parts used depend on the desired therapeutic effect and the ability to make the part to a level of purity and homogeneity that is acceptable for use as a medicine. You can read a great summary of the different types of antibody fragments in Expression of Recombinant Antibodies. But, whatever parts you choose to use, you need to first make them.

Currently, the most common method of manufacturing antibodies is through eukaryotic Chinese Hamster Ovary (CHO) cells. However, this is an expensive and time consuming manufacturing method, so efforts have been made to express them in microbes. According to Robinson et al. there are currently 151 antibody-based  immunotherapeutics.  But only two of these are produced in prokaryotes.

This is because it’s tricky to produce complex antibodies in prokaryotes.  Another big issue with using prokaryotes for monoclonal antibody production is the safety of microbial products for human use. The Food and Drug Administration (FDA) even publishes a special set of rules termed GRAS – Generally Recognized as Safe – which ensure the human safety of microbial products and production of monoclonal antibodies.

Though not yet greatly successful, let’s take a look at the microbes that DO work to make antibodies and antibody fragments.

Prokaryotes are mainly used to produce fragments of antibodies, the most popular being Fab and scFv fragments (Figure 1).

In gram-negative bacteria, such as our ever popular friend E. coli, there are two compartments for protein expression – the cytoplasm and the periplasmic space which is the region between the two cell membranes. The first E. coli success saw secretion of Fv and Fab fragments into the periplasm where an oxidizing environment allowed the correct formation of disulphide bonds. Fragments are also produced in the cytoplasm by also engineering in helper that enable correct protein folding [1]. Low protein yield is overcome by using reactor fermentation systems (where nutrients are continuously added and waste products removed) rather than the traditional closed system of a shaker flask.

Full length antibodies can also be produced in bacteria [1-3] and this is even being done commercially in E. coli. Published processes rely on the secretion of the antibodies into the periplasm where folding occurs. This is a problem because the volume of the periplasm is small and limits yield and because the periplasm lacks chaperones to aid in protein folding [2]. Efforts to produce the antibodies in the cytoplasm have been unsuccessful until recently [2] when full length IgG antibodies were expressed in E. coli at levels similar to those in a CHO system. However there are still a number of issues that needed to be addressed before this system can be used efficiently.

Gram-positive bacteria also produce antibodies. One advantage of gram-positive bacteria is that they do not produce endotoxin – a highly immunogenic lipopolysaccharide produced by gram-negative bacteria causes septic shock.   LPS must be removed for the antibody product to be considered as a therapeutic and achieve GRAS status. An scFv fragment against the dental caries bacteria Streptococcus mutans produced in the gram positive Lactobacilli showed efficacy in a rat model of dental caries [4].

Lower eukaryotes have also been used to produce antibodies. They have the advantage over prokaryotes of resembling the mammalian protein expression system more closely allowing expression and folding of complex proteins more easily. Additionally, they don’t produce endotoxins like gram-negative bacteria do.

Of the yeasts, Pichia pastoris and Saccharomyces cerevisiae dominate the field in antibody production. S. cerevisiae has the advantage of being very well characterized. For antibody fragment production, correct folding and low yields can be a problem, however. S. cerevisiae also secretes its own endogenous proteins that must be removed from any antibody preparation [5, 6].

Pichia pastoris, on the other hand, does not secrete high levels of its own protein. It also grows to high cell densities and is unique in its ability to grow using methanol as a sole carbon source. This characteristic is useful because the presence and absence of methanol tightly controls a promoter that can be used to efficiently and tightly turn on and off recombinant protein expression. However, methanol above certain levels is toxic and methanol is difficult to use because of its volatility; alternative promoters are under investigation [5, 7]. One further advantage to Pichia is the ability to humanize the carbohydrate addition (glycosylation) system. Yeast and human glycosylation differ significantly but Pichia pastoris can be engineered to promote more human glycosylation patterns and this is receiving considerable attention [6].

In addition to yeasts, filamentous fungi such as Trichoderma and Aspergillus, which are currently widely used to produce proteins in the food and biotechnology industries, have also been used to produce antibody fragments and full length antibodies at high yields. However, correct folding of the antibody (full length and fragments) remains an issue [8].

So, while still somewhat shaky in the full length department, both prokaryotic and eukaryotic microbes are successfully being investigated and used as cheaper sources of antibodies.  This is a boon not only for laboratory diagnostics but also for human health and well-being.

Share this to your network:
TwitterFacebookLinkedIn
Written by Ida Lister
Image Credit: Franciscosp2