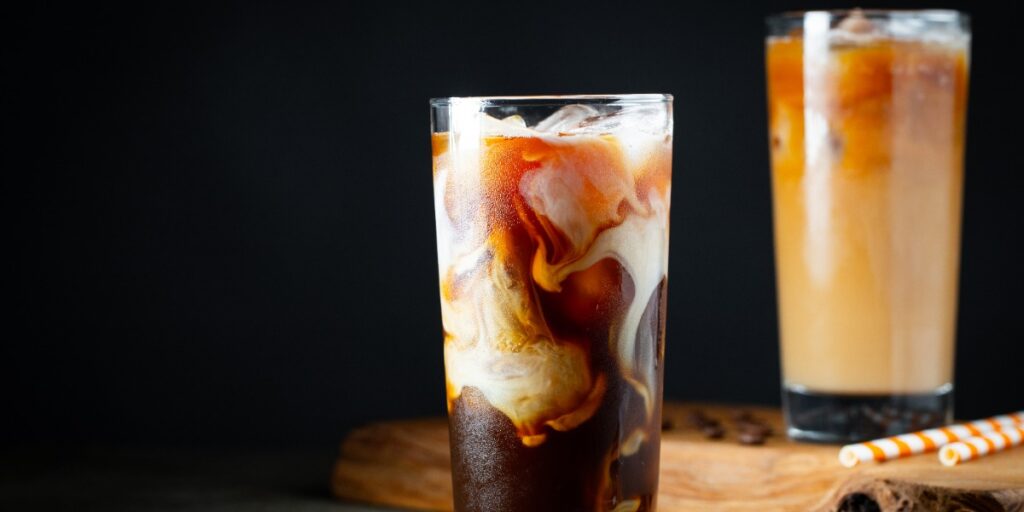 Not to be confused with a frappe (the refreshing cold coffee beverage), FRAP is one of those cool-sounding techniques that you hear people say along with FLIP, FLAP, FRET, and FLIM. If you’ve always wanted to give it a go or maybe you just want to know what it is, read on!

All of these four-letter words involve fluorescent microscopy techniques that take advantage of a process where fluorophores are excited and emit fluorescent light, are damaged during repetitive excitation, or undergo non-radiative decay prior to light emission. Here, we will focus on FRAP or ‘Fluorescence Recovery After Photobleaching’.

It’s older than you think

FRAP was developed in the 1970s to study the movement of proteins in living cells by measuring the rate of fluorescence recovery at a previously bleached site. It was originally used to measure diffusion in cell membranes using organic dyes such as fluorescein. But after the advancement of fluorescent protein technology and confocal microscopy, it became popular for studying protein mobility inside the cell.

The Basics of FRAP

The FRAP technique relies on the fact that all fluorophores emit light of one wavelength after absorbing light of another wavelength and if a very high intensity blue light is delivered to the dye, it will ‘photobleach’ it. This photobleaching means that the high-intensity light stops the dye from being able to fluoresce (find out more about photobleaching here).

In a typical FRAP experiment using the confocal, fluorescent molecules are irreversibly photobleached by focusing the laser on a small area of the cell. If it works well, 100% of the fluorescence is lost leaving a black area surrounded by fluorescently tagged molecules that have not been photobleached. If these molecules are able to move, they will. This will cause the bleached to mix with the non-bleached resulting in the black area becoming brighter as the molecules move around.

The fluorescent molecules which can participate in this exchange are referred to as the mobile fraction (or ‘Mf’), and the ones that cannot exchange between bleached and non-bleached regions are the immobile fraction (‘If’). Changes in intensity in the bleached region represent the movements of the fluorescent molecules, whether passive (e.g., diffusion) or active (e.g., transport). The ‘Regeneration Time’ (half-recovery period) is a measure for the speed of protein movement. So, FRAP can give us some important information about the properties and interactions of molecules within the cellular environment.

The movement, in terms of both speed and spatial information, is captured by acquiring multiple consecutive images. These images are analyzed and processed to generate a kinetic plot of photobleaching by displaying the changes in fluorescence over time in the bleached region of the cell. From this plot, the mobile and immobile fractions can be determined by calculating the ratios of the final to the initial fluorescence intensity.

However, acquiring the images can be tricky. For example, if it’s done at high speed, the spatial information could be lost, but if they’re acquired slowly to increase spatial resolution or gain better signal-to-noise ratio, the information about the dynamic processes may be lost.

This means that in many quantitative FRAP experiments the sharpness of the image is less important and so the spatial resolution is sacrificed in order that the temporal resolution can be maximized. In practice, the FRAP data (fluorescence intensity values) are acquired quickly in order to successfully record the recovery of the bleached region.

However, this results in a significant decrease in the signal-to-noise ratio. One trick to help with this is to increase the aperture of the confocal pinhole.

GFP is usually the go-to fluorescent probe because of its stability, low cytotoxicity and because it does not bleach significantly at low light intensities. It can be readily expressed in several cell types via fusion to a particular protein. Also, in many cases tagging a protein of interest with GFP has no significant influence on the function and localization of the protein.

FITC on the other hand is not a great choice for performing quantitative FRAP with the confocal because of its high susceptibility to background bleaching during image acquisition.

A good alternative is the Alexa dyes (read more about Alexa dyes here), because they have high fluorescence quantum yields and relatively low propensity to bleaching during image acquisition, but still allow efficient bleaching in the ROI (region of interest) with an adequate high dose of laser light.

A modified version of FRAP, called inverse FRAP (‘iFRAP’) was developed to study the movement of molecules in small areas of the nucleus and their exchange with the surrounding nucleoplasm. In iFRAP, the entire cell is bleached, except the accumulated fluorochromes in a small part of the organelle. After bleaching, the loss in fluorescence in the accumulation is recorded over time, which tells us the rate of exchange with the surroundings.

One of the main limitations of iFRAP lies in the long time needed to photobleach the entire cell (this can take several seconds), making iFRAP unsuitable to detect fast translocations.

Because FRAP is so versatile, it has become a common technique for studying dynamics in almost all aspects of cell biology, including cytoskeletal dynamics, vesicle transport, cell adhesion, mitosis, chromatin structure, transcription, mRNA mobility and DNA-interacting molecules, protein recycling and signal transduction to name but a few. So if one of these applies to your area of research, why not give it a try. You can read more on FRAP in the ZEISS reference library.

Share this to your network:
TwitterFacebookLinkedIn
Written by Catriona Paul