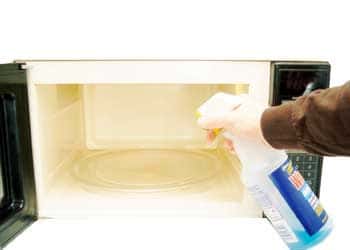 We have had a rush on time and money saving techniques on Bitesize Bio in the last few weeks. Ways to re-cycle electroporation cuvettes, reduce gel buffer costs, do fast restriction digests and re-cycle midiprep columns have all been suggested.

In this article I’ll add the possibility of using a microwave to sterilize or decontaminate growth media. From the outset I’d like to say that I am not too sure about this, but I’ll make the case and you can tell me what you think.

Normally, growth medium is sterilized or decontaminated using an autoclave. Autoclaves are generally expensive, energy-hungry beasts that (in my experience) break down a lot so I would be very happy to use them less if I could.

The case for using microwave ovens for decontamination of cultures or materials was made back in 1977 by Latimer and Matsen. They showed that 1-5 minutes in a conventional microwave was sufficient to decontaminate 5mL cultures or petri dishes of common clinical pathogens including E. coli, S. aureus and K. pneumoniae. B. subtilis spores proved a bit more subborn, requiring more than 10 minutes of microwaves to wipe them out.

Border and Rice-Spearman backed this up with a 1999 study that showed materials contaminated with various bacteria and yeast strains were completely decontaminated by one minute in the microwave (I guess their microwave was better). And in 2006, Silva et al, investigating the decontamination of dentures, showed that 6 minutes in the microwave sterilised S. aureus and C. albicans but only partially disinfected P. aeruginosa and B. subtilis.

A 2001 Biotechniques paper by Weiss and Galande showed that LB plates made from microwave-sterilised LB-agar were apparently sterile (control plates were no detectably contaminated by microorganisms), had a similar shelf-life to autoclaved plates and supported bacterial growth as normal. The plates were prepared from dry powders dissolved in distilled water and aliquoted into 50mL tubes.

This is a very fast way to make plates and has the added advantage that the antibiotics can be added in from the start as they are not destroyed by microwaves. Invitrogen have a product that takes advantage of this. ImMedia is LB medium provided as sachets of dried, weighed power containing all of the required media components (including antibiotics). It is designed so that you can just add the sachet contents to water, microwave and your media is ready. But Weiss and Galande’s method is just as good and much cheaper.

My take-home from this is that microwaves are are reasonably good at decontamination but more stubborn microorganisms (e.g. the spore-forming B subtilis) are not effectively disinfected. So the method does not sound too reliable to me. Also, filling the lab with smelly fumes from contaminated stocks does not seem to be a good idea. For easy liquid culture decontamination I think I will stick with Virkon, and for solid media, autoclaving seems to be the only good option.

The microwave media prep method is certainly interesting. Weiss and Galande’s results seem to be pretty robust and I would consider this method for an emergency media prep – if I need to start an E. coli culture last thing at night and there’s no sterile media available. Although the decontamination results show that microwaves don’t kill everything, E. coli grows so quickly that for routine purposes, a low level of contamination by slower growing organisms can be tolerated.

But I would not use this method for anything other than routine cultures and certainly not for slow growing organisms. Maybe that’s just me being a typical scientist, reluctant to take on new methods as Liam suggested. The microwave method is also limited by the fact that only small volumes (50ml) can be sterilised so it is never going to replace the autoclave for batch media production.

That’s my view – what’s yours?