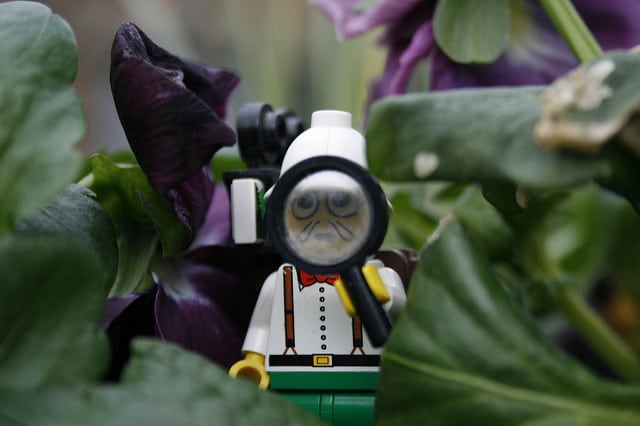 As any good biologist knows, one of the easiest ways to determine if a cell is functionally active is the production and secretion of proteins in response to a stimulus. In many circumstances, the quantity of the secreted protein, and thus the level of cellular activation can be assessed by ELISA. However, if you are limited by the amount of your protein of interest, or you are interested in the specific phenotype of the cell producing your protein, or both, an ELISA isn’t going to cut it. You’re going to need to trap some proteins.

What? No! With brefeldin A (BFA) and monensin. These two reagents are essential when it comes to studying protein transport and are used in a wide variety of biological fields.

How Do Brefeldin A and Monensin Work?

So glad you asked! Both prevent protein secretion from the Golgi complex, but in very different ways.

BFA was originally isolated from Eupenicillium bredfelianum and used as an anti-viral lactone antibiotic. Briefly, BFA functions by indirectly inhibiting intracellular protein transport from the endoplasmic reticulum (ER) to the Golgi complex. More specifically, it targets guanine nucleotide exchange factor GBF1. Normally, GBF1 mediates the formation of transport vesicles by recruiting COPI coat proteins to cargo-bound receptor proteins found in the membrane of the Golgi complex. However, BFA prevents COPI recruitment, which induces retrograde movement of secretory proteins from the cis/medial Golgi complex to the ER, and thus an accumulation of proteins in the ER1.

On the other hand, monensin is a polyether antibiotic isolated from Streptomyces cinnamonesis. Interestingly, one of its primary uses has been in poultry and cattle feed under the name Rumensin® where its function as an ionophore and Na+/H+ antiporter controls some parasites2,3. Indeed, it is through interacting with the Golgi transmembrane Na+/H+ that monensin prevents protein secretion from the medial to trans cisternae of the Golgi complex.

It still seems like the outcome (blocking extracellular protein transport) is the same for both reagents. Can I use them interchangeably?

Most of the time either monensin or BFA will work just fine for detecting your protein of interest…except for when they don’t. For instance, it is well known that monensin does not completely block the secretion of TNF\alpha in human T cells (detection by flow cytometry) (4), in which case you will be more successful using BFA. There are several handy tables courtesy of the likes of BD that can break these intricacies down so you don’t have to scour the literature (unless that’s your jam).

It’s also important to do your homework when you want to look at multiple intracellular proteins at once. For example, when studying CD107\alpha and IFN\alpha at the same time, investigators found that monensin resulted in decreased detection of IFN\alpha in rhesus macaque T cells as compared to when BFA was used5. All in all, it really depends on what you’re looking at. So be thorough, do your homework, and pay attention!

You betcha! Here are a few of my tried and true:

Don’t Throw the Cage on Too Quickly

When setting up an intracellular stain, let your cells incubate/culture with the stimulus for at least an hour before throwing monensin or BFA (or both) into the mix. Think about it: to ensure that we’re detecting an accurate snapshot of protein production, we need to allow for cellular machinery the chance to function properly before shutting it down.

It doesn’t take a protein biochemist to realize that if you’re messing with protein transport, you’re riding a fine line for cellular viability – cells need proteins to function properly! Moreover, as you may remember from that cellular biology lecture, the collapse of the Golgi into the ER triggers activation of the unfolded protein response (UPR)/ ER stress which can result in apoptosis. Since both monensin and BFA are toxic to cells (monensin slightly more so than BFA), it is imperative that you keep an eye on the clock – cells can not incubate with either protein for too long.

As one may imagine, monensin and BFA can really mess up your cells in the long run. Reports have commented on the alteration of surface antigen expression6, so don’t be caught off guard: prepare for these biological consequences with trial runs that include examining various lengths of incubation (i.e. 6 or 9 hours) and adequate controls.

Now go get those proteins!