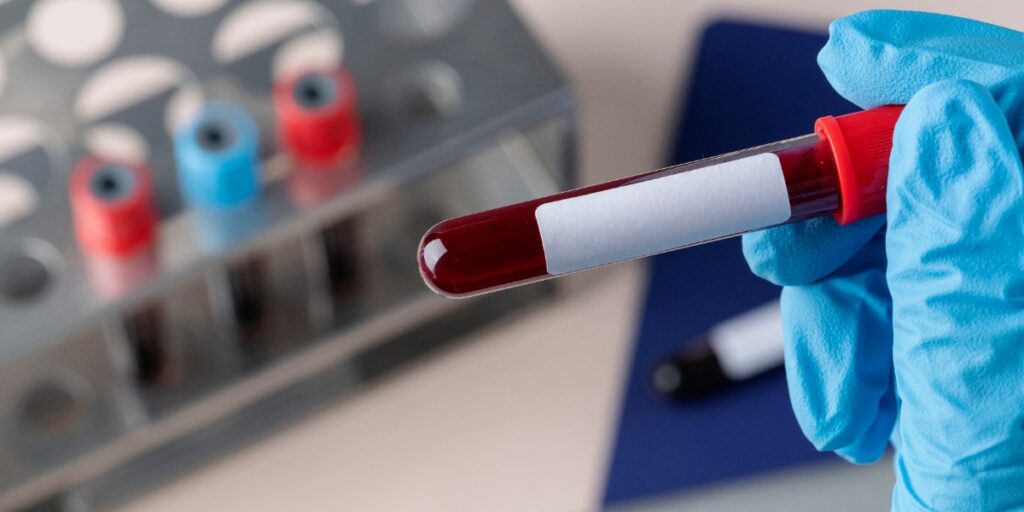 So, you’re designing a project using human blood samples. Maybe you’re studying blood cells using hematology microscopy, or maybe you’re after genetic material or circulating biomarkers. For many basic scientists, the process of getting that blood out of a person and into your project can be intimidating.

Getting Started With Blood Collection Tubes

Whether you’re collecting your samples in-house or through a clinic, hospital, or pathology center, you’ll need to have a good idea of what kind of blood collection tubes suit your purposes. The first thing to check is your protocol—for example, some ELISAs will specify the types of samples you can and can’t use.

But what if your protocol doesn’t specify, or you’re adapting a method from another system, or you just want to make sure you’re storing the best type of sample for future not-yet-defined analyses? Hopefully, I can help you start to find your way around all those differently colored tubes.

A quick note about those cap colors before we begin: I’ve listed them below, and the color-coding system is generally pretty consistent, but I can’t promise the colors are the same in every company producing blood collection tubes, so always check first!

The first thing to figure out is whether you are after serum, or whether you’ll need to stop the blood from clotting.

Don’t get serum confused with plasma—while they’re both the liquid, cell-free part of the blood that can be obtained by centrifugation, the key difference is that serum is the product of blood that has been allowed to clot, while in a plasma sample, the dense cells are simply spun to the bottom.

Serum is, in simple terms, what remains in the blood after it clots: a cell-free liquid that is also depleted of coagulation factors. It can be a good, stable way of measuring the blood’s proteins, lipids, hormones, electrolytes, and so on. Many of these markers can be stored for days in the fridge, or frozen down and measured in batches later.

This is the category to consider if you need cells or plasma (a cell-free liquid that still contains coagulation factors).

EDTA prevents clotting by chelating calcium, an essential component of coagulation. This is your basic hematology tube (by which I mean identifying and counting blood cells, blood typing, etc).

Plasma stored from EDTA-treated blood can also be used to measure most proteins, and genetic material can easily be stored from EDTA buffy coats (the interface between the red cells and the plasma after centrifugation, containing white cells and platelets). Note: these tubes contain either K2EDTA or K3EDTA.

For coagulation and platelet function tests. Like EDTA, citrate acts by removing calcium from the blood. Unlike EDTA, it’s reversible—so calcium can be added back to study coagulation under controlled conditions. Citrated plasma is also used to measure coagulation-relevant factors.

It’s worth noting that a citrate tube should not be the first type of tube filled after venepuncture—the first few mL of blood drawn will be a bit activated. If you only need samples collected in citrate blood collection tubes for your project, then you should collect a discard tube first.

Also, note that different concentrations of citrate are available from different companies.

CTAD stands for citrate, theophylline, adenosine, and dipyridamole. These aren’t very commonly used but are worth knowing about—they prevent ex vivo activation of your platelets, making them useful for some more sensitive platelet function and coagulation studies. Note that CTAD is light-sensitive, so keep these guys in the dark.

Similar in use to serum clot activator tubes, but suitable for tests in plasma rather than serum. Like the serum tubes, heparin tubes can also come with a separating gel. Heparin acts by inhibiting thrombin formation. Note: if your endgame is PCR, you should know that heparin is particularly known to interfere with PCR reactions.

However, whichever anticoagulant you choose, you may need to allow for it in your reaction mix.

Sodium fluoride is an antiglycolytic agent, so these tubes are used for glucose and lactate testing. They also contain an anticoagulant (there are different types available).

These ones are not common, but they are used for blood and tissue typing and DNA analysis.

For more specific purposes, there are more blood collection tubes out there, but, hopefully, this has given you a handle on where to start. Good luck, and welcome to the world of—let’s be honest—feeling just a little bit like a vampire.