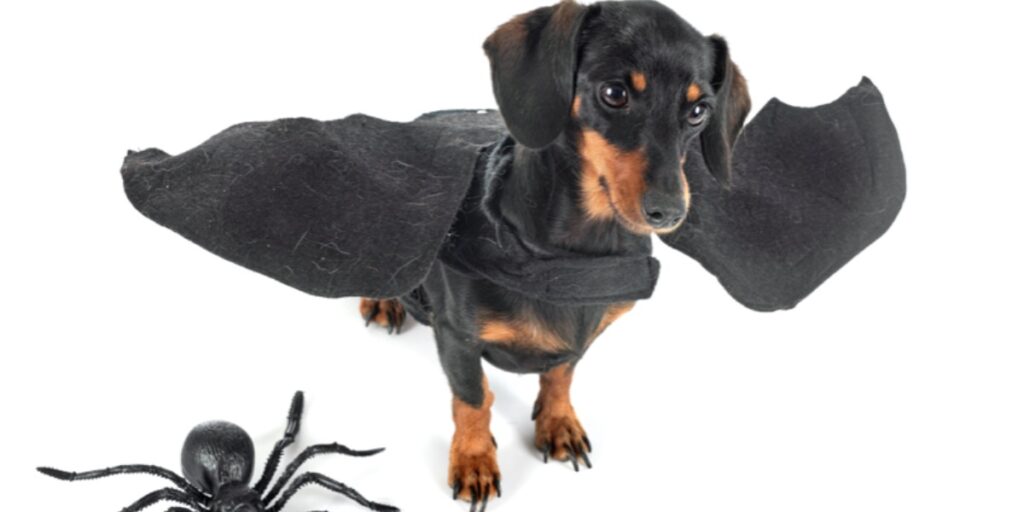 Drosophila melanogaster (aka the fruit fly) is an ideal model organism for geneticists; researchers love ’em because they can be genetically manipulated pretty easily, and effects can be observed quickly. These insects are obviously very different from humans, but many of their genes have orthologs to the genes in vertebrates, making them ideal for genetic research.

When I started out in fruit fly genetics research, I loved learning the Drosophila gene names, which can be pretty creative, shall we say! The names picked by researchers tend to relate to a physiological or physical attribute caused by the mutant gene.

Here are some of my favorite Drosophila gene names and their functions.

14 of the Best Drosophila Gene Names

This gene is a Drosophila segment polarity gene involved in patterning and growth in a number of Drosophila organs. Mutant larvae have an excess of denticles along their anteroposterior axis, which are reminiscent of a hedgehog’s spines. [1]

Flies with swiss cheese mutations develop normally as larvae but experience glial hyperwrapping and brain degeneration in pupal and adult life stages, which ultimately leads to reduced lifespan. The brains of mutant flies are full of holes (known as vacuoles), much like Swiss cheese. [2]

The dachshund gene encodes a nuclear protein that is required for the normal development of the Drosophila eye and leg. Mutations in this gene result in flies that have shortened legs, thus resembling dachshunds, [6], as well as in flies with no eyes.

This gene encodes a Toll-like receptor (TLR), with mutations resulting in defects in salivary gland invagination. [7] This Drosophila gene gets its name from the segmented expression pattern, which is thought to resemble a tarpaulin covering an 18-wheeler truck.

Van Gogh is a tissue polarity gene, and mutations affect the polarity of adult Drosophila cuticular structures. This results in the swirling of hair on the wing, which looks similar to Van Gogh’s style of painting. [8]

The clown gene is important in development, and flies carrying mutations in this gene have an altered neuronal differentiation pattern. The number of pigment cells increases in clown mutants, which means that their eyes are a mosaic of white and red. [9,10]

This set of Drosophila genes encode P450 enzymes that are involved in the synthesis of steroid hormones and include the ghost, spook, shadow, shade, shroud, disembodied, mummy, and phantom genes. [11] Halloween gene mutations cause the exoskeleton to develop abnormally (flies with a mutation in disembodied have no differentiation between the head skeleton and cuticle, for example) and, ultimately, the fly embryos to die.

Lots of Drosophila genes take their names from literature. The tinman gene encodes a transcription factor that is involved in the formation of the heart and dorsal vascular musculature. Flies with mutations in this gene have no heart, just like the poor old Tinman from Oz. [12,13]

The dreadlocks gene encodes an adapter protein that is involved in targeting and photoreceptor axon guidance. The R-cell projections in dreadlocks gene mutants are disorganized, first fanning out and then clumping together. [14]

The indy gene encodes for an intermediate plasma membrane transporter protein in the Krebs Cycle. Some studies have shown that flies with mutations in this gene (i.e. reduced indy expression) have longer than average lifespans. [15,16] However, these findings have been contested, with some reports suggesting that the mutation doesn’t result in increased longevity when genetic background effects are removed. [17]

Flies with a mutant lush gene are unusually attracted to ethanol, propanol, and butanol but have normal chemosensory responses to other odorants. [18] Ethanol is the most abundant alcohol in the fermenting plant matter on which Drosophila feed and lay their eggs, but high levels of exposure to ethanol can cause intoxication and death. It’s thought that lush is required to help flies avoid dangerously high levels of alcohol.

This gene encodes a putative transcription factor that functions in terminalia development in the fruit fly. Mutations in this gene result in fruit flies that lack external genitalia, just like our faithful Ken and Barbie dolls. [19]

For more on gender reveals in fruit flies, see our article on sexing fruit fly larvae.

Flies with a mutation in this gene are extremely susceptible to alcohol, so they are being used by researchers to investigate genetic factors that influence alcoholism in humans. [20] Flies exposed to ethanol tend to exhibit similar behaviors to drunken humans and rodents. cheapdate is a mutant allele of the amnesiac gene, which causes memory impairment. [21]

There are lots more quirky gene names – hamlet, kryptonite, mothers against drosophila – but the process of naming Drosophila genes has come under scrutiny when human genes are named identically for their Drosophila homologs/orthologs. Some of the genes can cause malformations in humans, and, in such cases, the gene names can seem offensive or insensitive. So lunatic fringe is now known as LFNG, and sonic hedgehog as SHH, for example. For more on gene nomenclature in humans, you can check out the HUGO Gene Nomenclature Committee website.

Having said that, the tradition of naming Drosophila genes for a physical/physiological attribute arguably makes those genes more memorable for researchers. We’d love to hear your thoughts in the comments.

Share this to your network:
TwitterFacebookLinkedIn
Written by Shruti Iyer