So far in our “Basics” series, we’ve taken an overview of the major players involved in protein phosphorylation, and some of the tools that one might use to study them. Now, we’ll return to the protein kinases to take a deeper look- though our “deeper” look will barely scratch the surface, as there are currently over 500 known kinases with several thousand targets. We’ll talk about the amino acids phosphorylated by kinases, the families of protein kinases, and how they choose their targets.

20 amino acids are shared amongst all forms of life, used to build the proteins that allow the biochemistry to take place. Out of those 20, several have the electron-rich functional groups containing oxygen, nitrogen, and even sulphur to which an inorganic phosphate group could be added. Even so, only three amino acids are most commonly recognized as phosphorylatable: serine, threonine, and tyrosine. Kinases generally fall into two categories: they will either phosphorylate the smaller serine and/or threonine- usually interchangeably- or they will phosphorylate the bulkier aromatic tyrosine. They are thus appropriately named the protein serine/threonine kinases (PSTKs) and protein tyrosine kinases (PTKs). As easy as it would be to say that these are strict barriers- especially in a “Basics” article- nothing in biosciences is ever so rigid. Some kinases have the ability to phosphorylate both serine/threonine and tyrosine. Those that are well-known to do so are termed dual-specificity kinases, or mixed kinases.

While these 3 phosphorylated amino acids exist in eukaryotic proteins, other amino acids can, less commonly, be phosphorylated. Histidine kinases, for instance, are more prominent in bacteria and barely seen in humans. That said, each passing year allows more and more histidine kinase discoveries to creep into mammalian systems.

All proteins have at least one serine or threonine present in their primary amino acid sequence. Realistically, they have many, many more than one. Does that mean that a PSTK will phosphorylate every single serine and threonine in every single protein? Clearly, they won’t. Just as all enzymes have a discrimination and recognition for their appropriate substrate, so too do kinases have recognition for which sites they should be phosphorylating. In the process of phosphorylating an amino acid, kinases also recognize and bind to adjacent amino acids towards both the N- and C-termini of the phosphorylation site, known as a consensus sequence. The presence or absence of these consensus sequences determine whether a certain protein will be phosphorylated by a given kinase. Recall even from my previous article on tools that phospho-specific antibodies- another biochemical interface like a kinase binding site- will also recognize not only a phosphorylated amino acid, but also an “epitope” of adjacent amino acids.

Consensus sequences depend on certain characteristics of select amino acids- polar, nonpolar, acidic, basic- while allowing for other positions to be flexible. This gives kinases their ability to have more than one substrate. Consider, for example, the following amino acid sequence:

The blue S is the serine to be phosphorylated. Now, compare this to the consensus sequence for casein kinase 2 (CK2), an acidophilic PSTK recognizing sequences generally containing negatively-charged amino acids, like aspartate and glutamate.

According to this consensus sequence, CK2 will phosphorylate a serine/threonine which has an acidic amino acid, either aspartate or glutamate, at the third position towards the C-terminus. The two amino acids in-between are entirely flexible. It is this kind of flexibility, and the combinations of amino acids that could fit into those two in-between positions that allows CK2 and other kinases to have many target proteins.  Now, consider another sequence:

Protein kinase B (PKB, or more commonly known as Akt), a basophilic PSTK, will phosphorylate sites with regions of positively-charged amino acids. Compare its consensus sequence:

While three amino acids in this consensus sequence can be flexible, it is required that the third and fifth amino acids to the N-terminal of the phosphorylation site be arginines.

All in the Family

The amino acid phosphorylated, and the consensus sequence at which a kinase will phosphorylate, are two important characteristics. When you take these two characteristics together and categorize them, you begin to form groups of kinases- or as they are more appropriately called: families.

Cell Signaling Technology has a very nice diagram of the family tree of the kinome on their website. It’s one of my personal favourites and a big help. Let’s take a moment to go over the families listed:

AGC family: Named after some of the best-known, textbook kinases- protein kinase A (PKA), protein kinase G (PKG, and protein kinase C (PKC). Akt/PKB is also present in this family. Many of these PSTKs tend to fall in the insulin signalling pathway.

GYC family: Arguably, the most important member of this family is casein kinase 2 (CK2), which presently has over 200 known substrates, including other protein kinases in cell cycle, DNA repair, oncogenesis, and insulin signalling. Also present is aurora kinase, which regulates mitotic spindle dynamics, and inhibitor kappa B protein kinase (IKK), which mediates inflammation.

TKL family: This family contains an eclectic assortment of PTKs involved in a multitude of biological processes. The interleukin receptor-associated kinases (IRAKs) are important in cytokine and chemokine signalling. Others, like Raf1, are downstream of the Ras family, which are associated to G-proteins and involved in activating MAPK pathways.

CK1 family: Similarly-named, but apparently not related to CK2. A very small family, it essentially only includes the various isozymes of CK1, as well as the tau tubulin kinases (TTBKs) and vaccinia-related kinases (VRKs).

As I’ve pointed out throughout this series, there are various ways in which you can study protein phosphorylation. You can study a specific target, a specific protein kinase, a pathway- really there’s a vast spectrum. What I hope this article helps to illuminate for Bitesize Bio readers is that, in the world of protein phosphorylation, it’s very difficult to stay on one narrow theme and remain fixed on that alone. 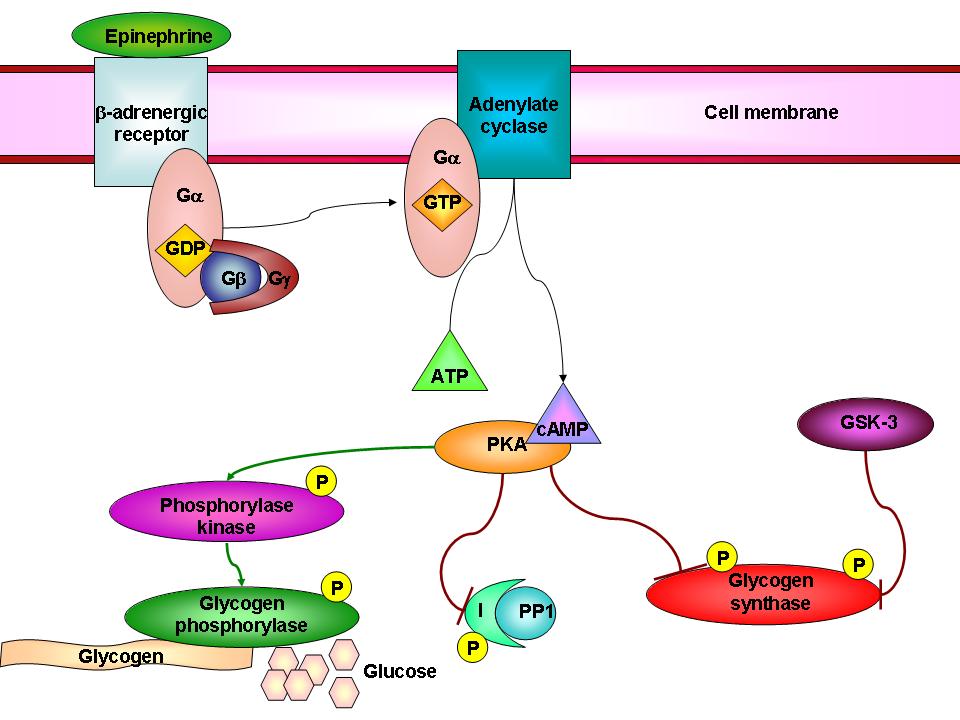 And thus, in this small example of two metabolic enzyme, three kinases and one phosphatase, we see how complex the story can be- but more importantly how integral protein kinases (and phosphatases) are to metabolic regulation.

Next, to cap off the “basics” of protein phosphorylation, we’ll take a look at the enzymes that can so easily tear down the complex structure built by protein kinases: protein phosphatases.