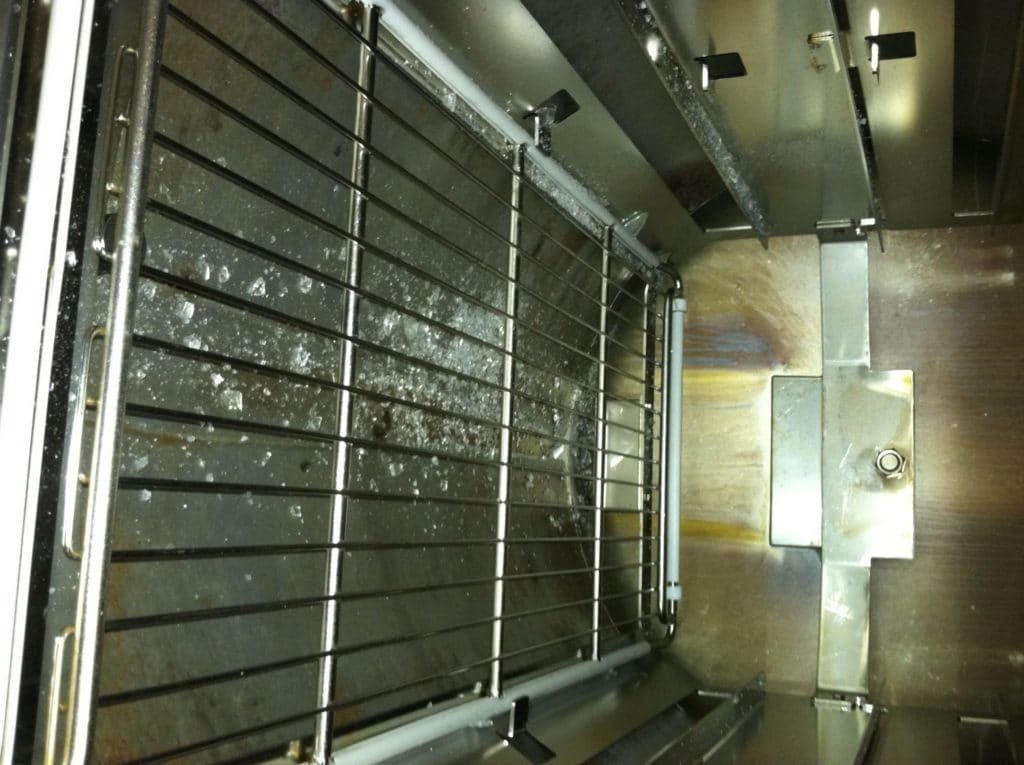 Some days are good and things run like clockwork. Then there are those other days – you know the ones – where you mutter to yourself, “Can’t anything go right today?!?!?” Those are the days you are subject to Murphy’s Law. And I am sorry to tell you “no, nothing will go right” those days instead “what can go wrong, will go wrong.” This is an article about those days. So sit back and enjoy. And learn from my misfortunes.

If you have worked in or around a science lab for enough years, you have either heard the stories, or been a part of them. Below are a few interesting stories I have sadly been a part of.

“The repairman will have never seen another model like yours before”

In a previous laboratory, we switched from using the more common 1L PYREX rounded glass bottles to using 1L PYREX glass bottles that were square. We switched because they were more convenient for our mammalian cell culture. But we used them the same way we did the round-bottomed glassware, including sterilizing them.

The day began like any other day of autoclaving. I took ten or so clean square bottles with no liquid in them, put them on a tray, and placed them in the autoclave. Set it to bake at 121°C for 20 mins. Normal procedure. So imagine my surprise when I came back to retrieve my bottles to find nothing but sand in the autoclave.

Turns out most all of the bottles had completely shattered leaving only tiny shards of glass that looked just like sand. I immediately ran over my procedure in my head…but I was sure I had not screwed the lids on tight. And this was easily confirmed by the fact that some of the bottles still had a neck that you could literally lift the lids off. Plus, I have autoclaved over 100 times easily before this incident. I was pretty positive it wasn’t anything I did.

So like any puzzled scientist with an equipment question…I called the company seeking answers. The company, of course, could only attribute this incident to something I did wrong, and stated that they have never seen this happen before suggesting that the bottles were not properly autoclaved leading to this incident. Mystery not solved. I am just thankful no one was injured.

“If it jams force it, if it breaks, it needed replacing anyway”

Tabletop centrifuges are pretty common in labs. Their ubiquitous nature may lead us to disregard how fast they can spin and the serious G-forces they produce. So let me remind you: If you use the centrifuge, confirm the tubes are balanced,but if the centrifuge still sounds funny, get the instrument serviced ASAP.

I remember this one time when a centrifuge was being used and the lid, which didn’t have a locking mechanism, came off. The sound was awful. And in a matter of seconds the lid got completely shredded inside the centrifuge. Luckily, someone was standing nearby, the centrifuge was immediately turned off, and it hadn’t reached a high enough G force to cause too much damage, other than to the inside of the centrifuge itself – which I guess needed servicing anyway.

Again, no one was injured but I definitely experience some post-traumatic stress now with each centrifugation spin above 2000 X G. Lesson? Get your stuff serviced regularly.

“When a broken appliance is demonstrated for the repairman, it will work”

One time, we did, in fact, have a regulator get stuck. The regulator on a liquid nitrogen tank became frozen open. And, try as we might, we could not get it to close. Luckily, we had several dewars, which hold the liquid nitrogen and prevent it from evaporating, close by. We were able to catch the escaping liquid nitrogen in these dewars as we worked frantically to close the regulator. This was good but we were also well aware that we did not have enough dewars to empty the whole tank into. Causing a minor panic.

We even asked several passing men for help, none of which could close the regulator either. And our dinky heat gun wasn’t helping too much. We were only saved when, finally! one of the professors come in and showed us where the heavier duty heat gun was kept. That heat gun did the trick and thawed the regulator enough to allow us to shut it off. Whew!

These are my stories and only a few examples of how Murphy’s Law can and does live in the lab. Some Murphy stories turned out relatively fine, like mine, others can have more serious outcomes. I’d love to hear either. So please comment below. What misfortunes have Murphy’s Law casted upon you or fellow scientists in your lab?

And watch out – Murphy is everywhere.

Share this to your network:
TwitterFacebookLinkedIn
Written by Chelsey Kline