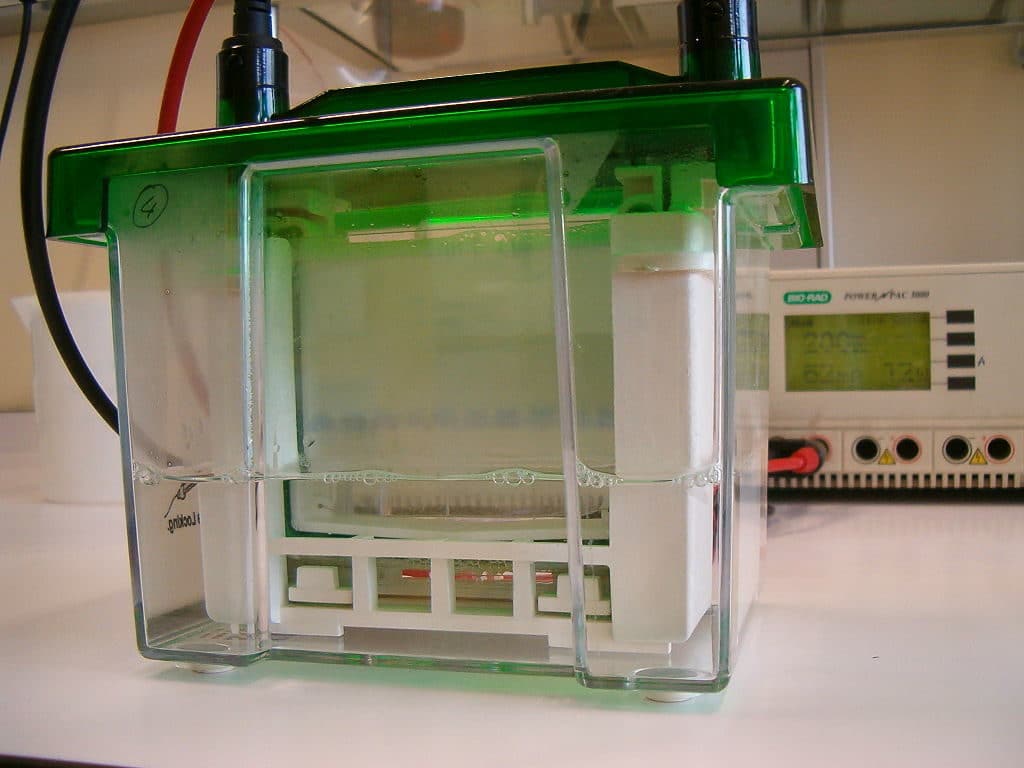 This article is not for the die-hard old-school gel runners. You know who you are, the purists, the “I always make my own gels and buffers from scratch” kind. For you we have lots of articles about PAGE gels, both bis-tris and the standard SDS PAGE kind. Instead this article is for the rest of us. Those that between lectures, seminars, power-point presentations, lab meetings, journal clubs and summer students ran out of time to order the correct gels, let alone always make our own gels and buffers. This article is for you. For you, in this article I discuss a variety of pre-cast gels and their buffer compatibility. So when you inevitably wind up with a mismatch of premade supplies you know what is compatible and what will totally ruin your day.

It has happened to all of us at one time or another, so no judging! Maybe you recently moved from pouring your own gels to pre-cast, or maybe you’ve never had to make gels from scratch. You buy the convenient 10x or 20x running buffer. But then something happens. You have a mismatch of gels and buffer. Blame the summer student, blame the stockroom for being out, blame yourself, but somehow you ended up without the prescribed buffer to go with your gel.

Can you swap the buffers? Can you use the buffers and gels interchangeably?

You might think you can just read the ingredients, learn what is in them, and make the decision from there.But if you have ever had this misfortune, the first thing you learn is the formulations of many of the gels and the buffers are proprietary (expletive!) so you can’t just read their ingredients to decide for yourself.

But, here is what we do know:

You can run Bio-Rad’s Mini-PROTEAN gels with the standard SDS-containing PAGE buffer you can make in the lab. The buffer concentrate sold with the gels is no different than the buffer you would make in your lab, so nothing should change if you make it yourself. This buffer is comprised of: 100 mM Tris, 100 mM Tricine, and 0.1% SDS.

On the other hand, Thermo-Fisher’s gels have some tweaks that them a little different. Thermo-Fisher sells NuPAGE and Bolt bis-tris gels and the associated NuPAGE and Bolt running buffers. Both come in MOPS and MES versions for resolving high and low MW proteins, respectively. Both kinds of gels have the same discontinuous buffering system involving three ions, chloride, MES or MOPS, and bis-tris. While they are both bis-tris gels, they have different chemistries, and their corresponding buffers are optimized to work best with the corresponding gels.

So if you need a paper-worthy western blot, of course, go for compatible everything. But if you’re ok with quick and dirty mixing and matching between the Bolt and NuPAGE systems should be fine. I have used them interchangeably and the blots have been fine, but I also wasn’t trying to distinguish nearby bands or get a publication quality image. There is definitely a potential loss of resolution.

Sigma makes the TruPAGE precast gel system. Their gels are Triethanolamine (TEA)-Tricine and, like a number of others in the precast world, they run at a neutral pH. They are sold with the option of two running buffers, TEA-Tricine SDS and Tris-MOPS SDS Express. Like with Thermo-Fisher, Sigma’s literature states that for optimum resolution you need to use their buffers with their gels. It seems likely that their MOPS buffer would be the similar enough to another supplier’s MOPS buffer to provide good enough results, but I haven’t tested this particular mismatch, so try at your own risk.

Friendly reminder: If you’re using the Sigma gels with the Tris-Mops SDS Express buffer or the Thermo-Fisher NuPAGE gels, for the best resolution you need to supplement the buffer with antioxidant to ensure that proteins are denatured during the entire gel run just like you would with a lab-poured bis-tris gel.

Of course, other companies sell precast gels as well. Whatever the company, whatever the gel, you will usually get best results/resolution using the gel-buffer pairing recommended by the company. But mixing doesn’t always mean total disaster, maybe just poorer resolution, which depending on your needs may be okay. So if pressured for time, you may want to test it out (with a non vital sample of course). And don’t hesitate to call the company with questions.

What is your experience running mismatched gels and buffers? What worked? What didn’t? 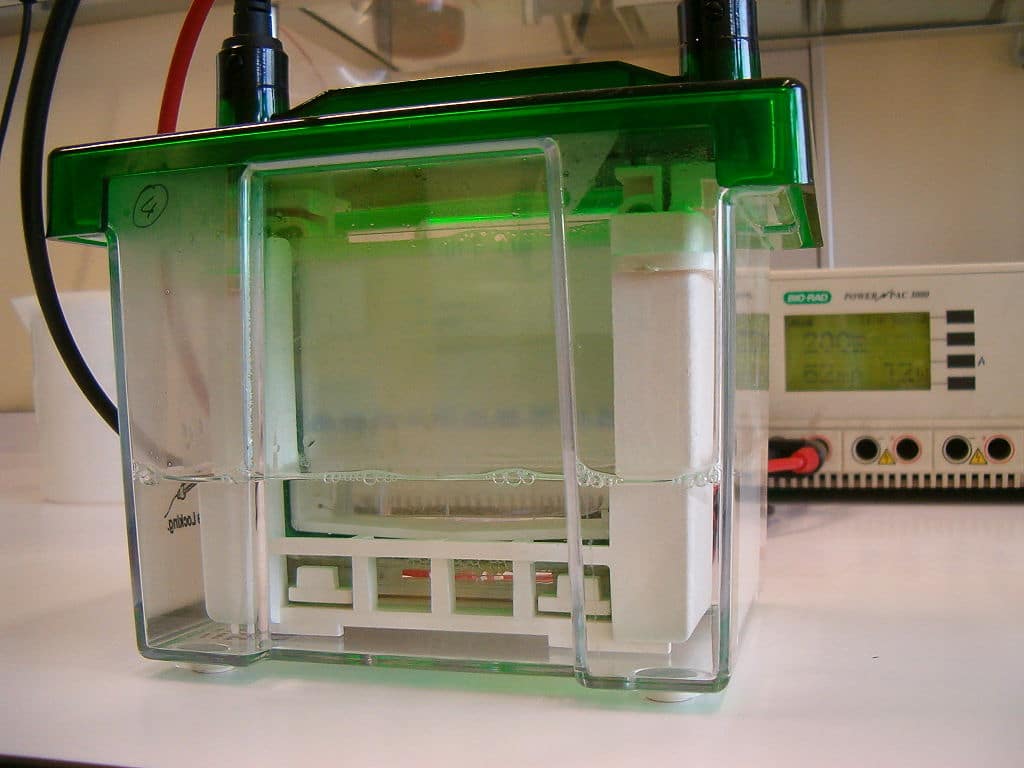