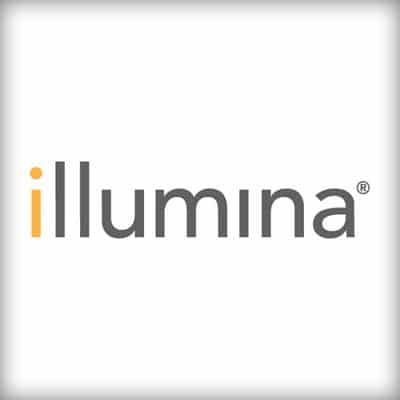 Illumina is improving human health by unlocking the power of the genome. Our focus on innovation has established us as the global leader in DNA sequencing and array-based technologies, serving customers in the research, clinical and applied markets. Our products are used for applications in the life sciences, oncology, reproductive health, agriculture and other emerging segments. To learn more, visit Illumina and follow @illumina.

Do you want to know more about the story behind some of today’s big developments in sequencing technology? Illumina recently started a video series called “Adventures in Genomics” that introduces the people working on methods and applications, making big waves in our understanding of science, biology, and medicine. The company’s most recent video covers single-cell sequencing of breast cancer.

Single-cell sequencing is still a very new technique. Methods are being developed rapidly to capture, sequence, and analyze up to 10,000 cells in a single experiment. There is real excitement about the impact that single-cell methods will have on our understanding of cancer biology, particularly intra-tumor heterogeneity and therapeutic resistance. Current projects like the International Cancer Genome Consortium are primarily sequencing whole tumors. This will only reveal the dominant mutations within a tumor, and provide an aggregated average of the cells. However, many cancers are highly heterogenous. Breast cancer shows extreme variability in the number of clones (tumor cells carrying distinct mutations) within a tumor. This characteristic varies between patients, and these variations are probably medically significant (Shah 2012; Nik-Zainal 2012). Sub-clones emerge after the appearance of the first driving mutation (commonly in genes like TP53 and PIK3CA) and appear to undergo a Darwinian evolution that may lead to the emergence of a dominant clone clearly identifiable by standard laboratory methods. The treatment of the patient with one or more chemo-, radio-, or immuno-therapies applies a strong selective pressure that can favor proliferation of a resistant clone that was undetectable in the initial analysis, leading to relapse of the disease. Understanding the mutations at single-cell resolution will allow us to better identify the cells most likely to cause a relapse. The hope is that this will improve monitoring of patient treatments as well as therapeutic choices doctors need to make.

Single-cell sequencing offers the chance to detect clonal genotypes and to monitor the change in the population of clones over time. However, a large sample of cells is required from a tumor to understand the internal spatial variation in tumor clonality. A single biopsy is likely to miss many clones due to sampling error and cell-free circulating-tumor DNA analysis may also be required to get a complete picture in a patient.

The latest video from Illumina’s Adventures in Genomics comes from The MD Anderson Cancer Center. In the video, Assistant Professor in Genetics and Bioinformatics Nick Navin describes his group’s work, and the potential impact that single-cell sequencing can have on cancer. Nick was one of the first people to demonstrate that single-cell sequencing was possible (Navin 2010). During his graduate training, he showed it was possible to determine single-cell copy number with flow-sorted nuclei using whole genome amplification before next generation sequencing. The publication of this work also showed that the metastatic cancer investigated was a single clone expansion from a multi-clone primary (Navin 2011).

Nick is using single-cell sequencing to ultimately identify new targets, and develop new treatments, new drugs, and new diagnostics. Only by understanding what is happening in single cells can we truly understand how cancer heterogeneity impacts disease, he notes. His lab is interrogating single cells to learn about the multiple tumor clones present in individuals, and seeing how clones interact and change over time. He believes that this change over time is one of the causes of therapeutic resistance. He described a breast cancer patient with common, but varying, TP53 mutations in different sub-clones and a clone that also carried a PIK3CA mutation, a mutation for which there is an inhibitor that potentially could have helped the patient. For more on single-cell sequencing in cancer, you can view the “Behind the Science” video that explores this topic more in depth from the viewpoint of scientists and clinicians.

BiteSize Bio has several articles addressing this innovation: one describes single-cell sequencing, the other discusses methods for single cell isolation and amplification. Additionally, Illumina has put together a video that gives an overview of the technique. Sequencing is fairly rapid today with an Illumina HiSeq making quick work of generating 2 billion reads, but analysis is the hard part. Research groups like those of John Marioni and Sarah Teichman at the EMBL-EBI, and Agiv Regev at the Broad Institute are developing biostatistical and bioinformatics tools to analyze high-throughput single-cell genomics (Brennecke 2013 and Stegle 2015). The methods used continue to develop. The latest flow cytometers can process 800 cells per run versus 96 possible on the first-generation cytometers. Labs like those of Rickard Sandberg at the Karolinska Institute, and Regev at the Broad Institute are publishing protocols to make adoption of single-cell methods easier. The Navin group is also involved in developing lab and computational methods for single cell sequencing, with an emphasis on variant detection in breast cancer patients. Nick is working to show that single-cell sequencing can be used for early detection, guiding, and non-invasive monitoring of targeted therapies to improve patient outcomes. Whether single-cell sequencing can be applied to patients depends on the success of labs like Nick’s, and their ability to overcome some of the challenges that single cell work creates, particularly sample-to-sample contamination, handling large numbers of cells, and managing even larger amounts of data.

Single-cell sequencing already is having a massive impact on our understanding of the biology of complex systems. You can view this video and look at the entire Illumina “Adventures in Genomics” video series, which shows other scientists using genomics to solve pressing issues.