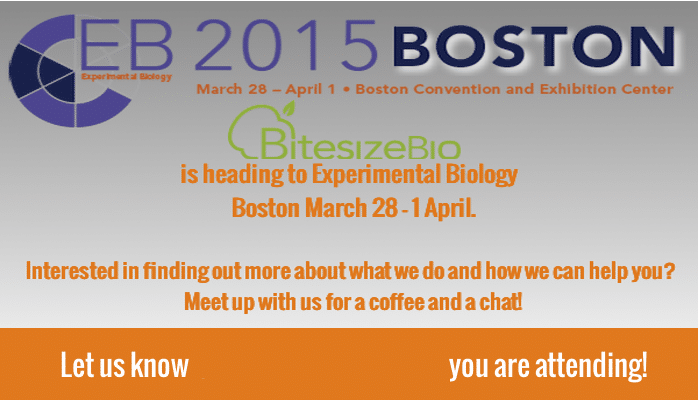 The NIH grant that you are working on only gives you five pages to describe your research strategy. You’re wrestling with a research report for Science that has a maximum word limit of 2500. And the abstract for the conference you’d like to speak at this spring only allows you 300 words to summarize the work you will be presenting. Sound familiar? If you are a scientist, chances are that you have spent plenty of time struggling to reduce the word count of various documents. Here are five helpful hints for communicating your ideas more succinctly, with examples to make the process easier.

Filler words take up space without conveying information. They are lurking throughout scientific writing, and once you learn to recognize them, deleting these useless words is an easy way to free up space. Here are some of the worst offenders:

Let’s practice! Here’s a sentence that you might find in the introduction of a research article:

It has been reported that the incidence of ovarian cancer is really increasing in Korea, and there are numerous risk factors for the disease that have been identified.

The appearance of the filler words in bold immediately clues you in to the need for some loving care. You could easily change the sentence to:

The incidence of ovarian cancer is increasing in Korea, and numerous risk factors for the disease have been identified.

2. Replace the Passive Voice with the Active Voice

DNA from the seedlings was amplified using PCR.

We just saved a couple words and ended up with a fresher, more direct sentence. Reducing the word count by two words may not seem like a big deal, but if you make similar changes throughout a manuscript, you will find that it frees up a lot of space!

Yes, it sounds obvious, but too often we present the same information multiple times throughout a manuscript. Here are some trouble spots to keep an eye on:

While repeating essential information several times for emphasis can be helpful when done judiciously, too much repetition just bores the reader. Banishing redundancy is crucial when you are working under the constraints of a tight word limit.

Now don’t go overboard. Too many acronyms can make a piece of writing difficult to read, but for long phrases that are used often, consider using acronyms. Let’s pretend you are writing a proposal to study the molecular mechanisms underlying maternal-to-child HIV transmission, with an eye towards better prevention methods. You decide to employ two acronyms for terms used throughout your proposal:

PLWHAs for people living with HIV/AIDS

PMTCT for prevention of maternal-to-child transmission

Because you used the first phrase 10 times and the second 12 times, you have suddenly reduced your word count by 66. Score! But remember: use acronyms sparingly, saving them for when they are truly needed, and always define them at first use.

The term nominalization may not sound familiar to you, but with a little practice you will know one when you see it! Nominalization simply means turning a verb into a noun. Instead of saying that something improved, for example, you might refer to an improvement. In addition to sounding a little stuffy, nominalizations can tack on extra words to your writing. Let’s look at an example.

A diagnosis of cancer was made if increases in tumor-specific biomarkers were observed.

Let’s get rid of those nominalizations:

We’ve gone from 13 words to seven, and the sentence is now much easier to read!

Practice these five tips and they will become second nature. Meeting word limits will become a lot easier, and you will have more time to spend on the more enjoyable parts of the writing process. Chances are that you will also find that your writing has become more engaging. Often, when we feel we have not communicated something well, we add extra words, hoping to clarify our ideas. Paradoxically, this makes matters even worse; our ideas are now just hidden behind a bunch of excess verbiage. Paring down writing is one of the best ways to improve it.

If you would like to learn more about the strategies discussed above, as well as other tricks of the trade, check out the resources listed below.