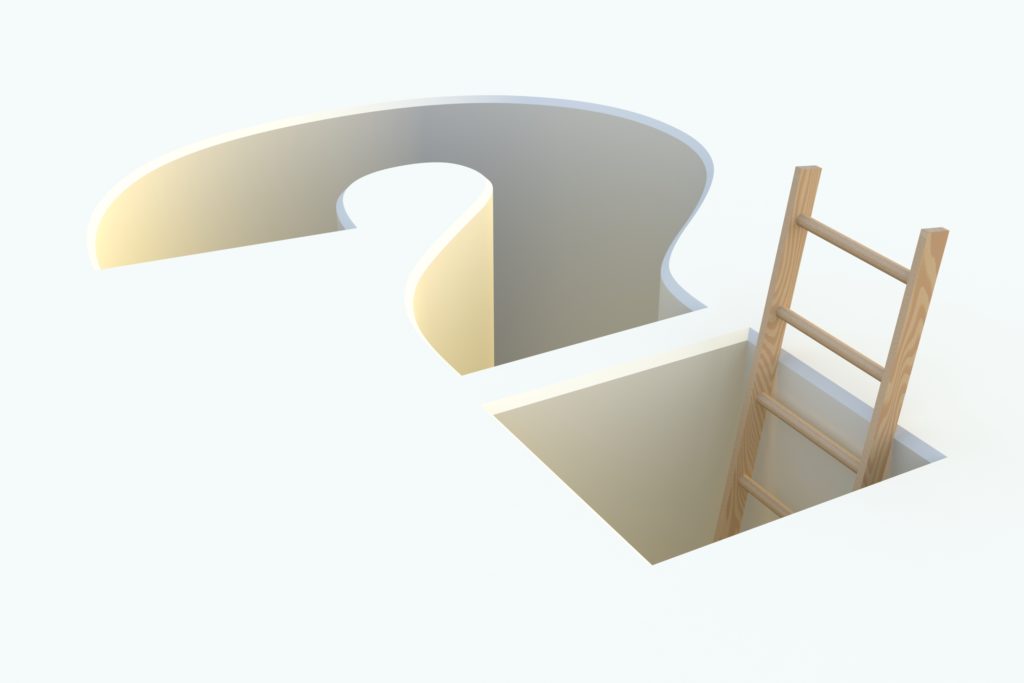 Good quality starting material is king for reverse transcription! Obtaining reliable results in any experiment requires good preparation. We often take reverse transcription for granted, and we don’t always consider that our qPCR might be performing poorly because of problems in that step. Since it’s quite often the reverse transcription reaction itself that causes fuss in qPCR, we at Bitesize Bio have collected some common pitfalls that can arise when performing this technique and offer you some advice for overcoming them.

Pitfall 1: The RNA Has Disintegrated!

When electrophoresing RNA for quality assessment, degraded RNA appears as a smear in agarose gels, rather than sporting the characteristic ribosomal RNA (rRNA) bands (e.g., 28S and 18S subunits in mammalian RNA).

Solution: Bear These 3 Points in Mind

More often than not, you will encounter genomic DNA (gDNA) in you RNA sample, and this can dramatically bias your subsequent experiments.

How do you know if you have gDNA? After RT, perform a quick PCR with primers designed to span an intron-exon boundary. If you get two bands, one larger that the other, genomic DNA is there and in quite a large amount!

Genomic DNA (if your amplions of interest span exon-intron boundaries) can also be spotted as an additional peak in melt curve analysis when performing a qPCR with fluorescent dye chemistry.

Solution: There Are Two Time Points at Which to Approach This Issue

Pitfall 3: You Primed the RNA with Oligo-dT but Got No Product in Your qPCR Experiment

While oligo-dTs are very good for selectively transcribing messenger RNA (mRNA), they do exhibit some 5’ bias given the fact that they bind to poly-A tails at the 3’ ends of mRNA. What does that mean? It means that the reverse transcriptase may not have enough time to reverse-transcribe the entire mRNA into cDNA, resulting in untranscribed 5’ tails. If your gene-specific primers are designed to anneal to the 5’ end, they may not have the sequence to which to stick, and you risk a false-negative result.

Also, check your enzyme specifications to see the maximum length of cDNA fragments that can be produced (most of them go for up to 12kb, but there are some newer ones that can reverse transcribe transcripts of up to 20kb and beyond!).

Another possible reason for no amplification after oligo-dT priming is a low quality (fragmented) template or RNA with significant secondary structure.

However, we all know that very little in life comes without a price, and life science is no exception! Using random hexamers may lead us to another issue:

Pitfall 4: You Get No Product in QPCR after Priming with Random Hexamers

Being non-specific, random hexamers will stick to any RNA species; therefore, the majority of resulting cDNA will be of rRNA origin, since rRNA is the most abundant RNA species. How does this affect your experiment? If the gene of interest is weakly expressed, the amount transcribed into cDNA may not be enough for you to detect it in qPCR.

*Note: Bear in mind that priming with random hexamers can overestimate mRNA copy number by up to 19-fold. To control for this while doing your gene-expression analysis, you should ensure that the calibrator samples are transcribed using the same method of priming. In other words, if you are going to deliberately make an error, do it uniformly across the entire experiment!

In the end, as we all know, every optimization step carries a trade-off—you win some, you lose some. If components that suit your experiment are not available, then make sure you perform a well-thought-out experiment, which is executed with precision and properly analyzed. This will always be better than a super-specific experiment performed in haste, with low precision and incorrect controls.

Share this to your network:
TwitterFacebookLinkedIn
Written by Jelena Jankovic