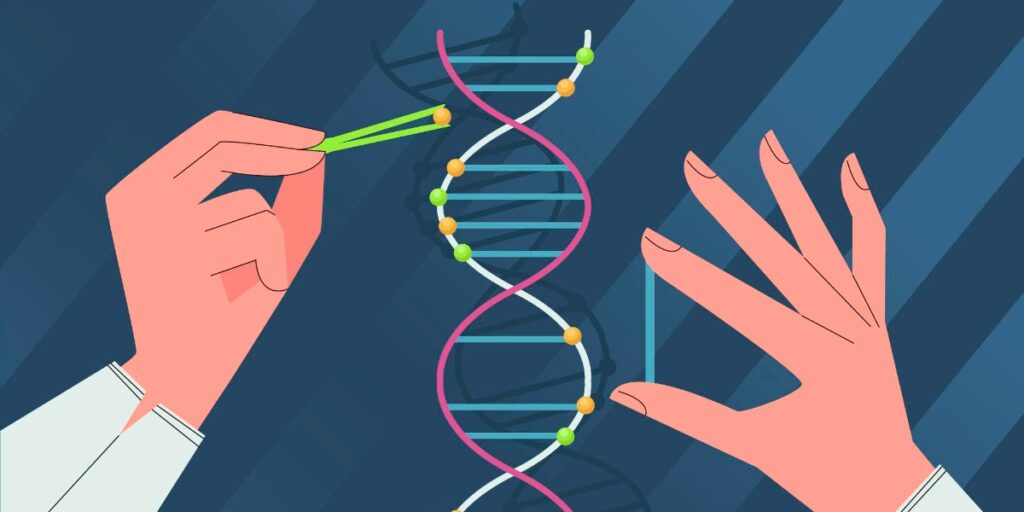 Lab math – it’s a dreaded topic, isn’t it? Calculating molecules in DNA samples, calculating the concentration of a solution, or working out serial dilutions were tasks that always filled me with dread as an undergrad. And to this day I am still not a huge fan! Fear not – there is light at the end of the tunnel!

In this article, we will go through counting molecules in DNA samples – for instance, how many templates/copies of a 50-base pair (bp) fragment do you have in a 500 ng sample?

You will be a whiz at these calculations in no time!

Calculating Molecules in DNA – Why Would I Need To?

This information may come in useful when doing the following types of experiments:

Whatever you need this information for, you can go about it in the same step-by-step fashion.

As long as you know the sequence length (i.e. the length/size of the genome), this calculation will work for the genomic DNA of any species. To get the length of your sequence in bp, count the nucleotides in the DNA sequence – either by hand or using character count in a word processing program. If you need some help with converting your calculations between different units, check out our guide for solving your lab math problems.

Start with the Molecular Weight

Now we know how to calculate the molecular weight of a DNA template. Using Avogadro’s number, which is 6.022 x 1023 molecules/mole, the number of molecules of the template per gram can be calculated using the following formula:

Note: the Avogadro’s number or constant (denoted as NA) is defined as the number of constituent particles (usually atoms or molecules) per mole of a given substance.

How many copies of your plasmid do you have?

How many copies of your primer do you have?

How many copies of your PCR product do you have?

Note:  It’s important to remember that this formula is based on the assumption that you are working with a single DNA species, so when applying to PCR products or plasmids, make sure you only have 1 band or that you have a clean plasmid miniprep.

See, that wasn’t so bad after all. Once you know the length of your DNA fragment and the concentration in nanograms, you can easily apply the formula to get the number of copies in any type of DNA sample.

Happy calculating molecules in DNA. If you have any comments, queries, or suggestions, get in touch using the comment box below.