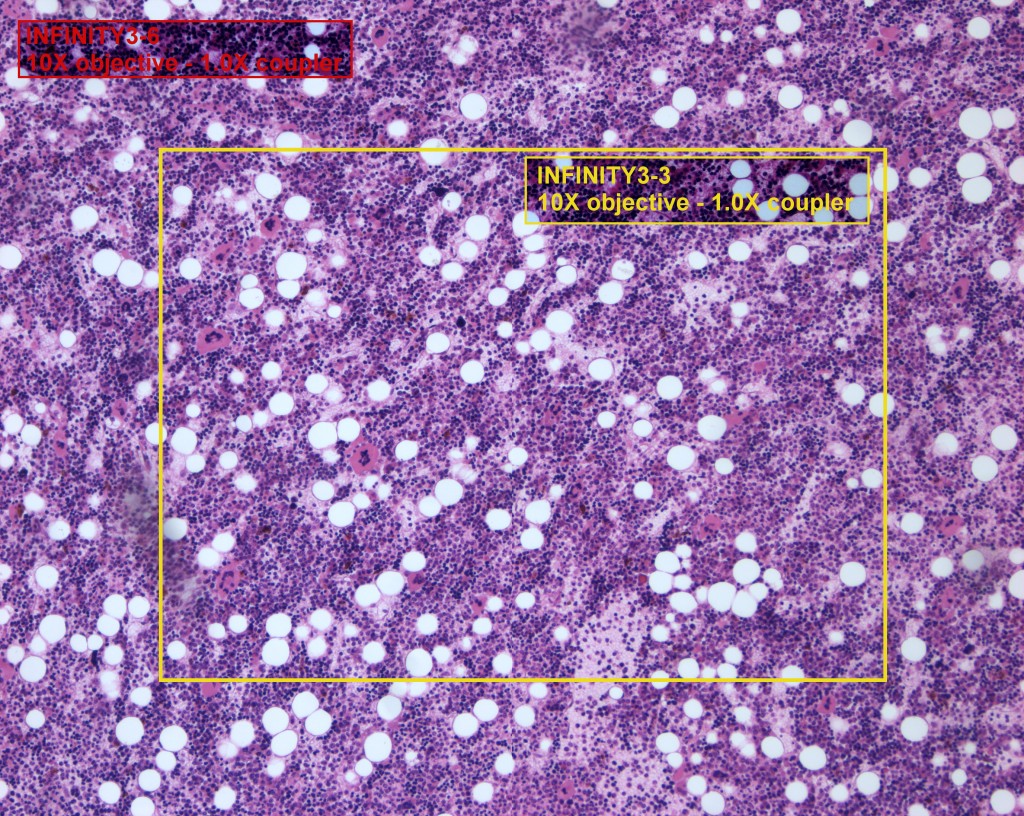 While we have probably all moved past film cameras in favor of digital ones, many of our biology microscopes are nevertheless “stuck in time” using digital cameras based on older CCD sensors that limit the resolution, field-of-view, sensitivity, and speed of image capture.

Now Lumenera Corporation is getting set to unveil a new microscopy camera called the INFINITY3-6UR, which comes in a monochrome version (essential for fluorescence microscopy) and color version (for brightfield microscopy of stained histology slides). With its 1” optical format sensor, high resolution, and fast frame rates, this newest addition to the Lumenera line of digital cameras is a game changer for microscope users!

First, let’s look at the resolution of this new camera. Historically, many of the older CCD cameras were based on a 1.4 Megapixel (MP) Sony CCD chip (called the Sony ICX285), which had just 1392 x 1040 pixels. That 1.4 MP resolution seemed pretty good back when Sony released this chip more than 20 years ago; but modern microscopists might be excused for expecting better resolution, since even the cheap cameras in their phones and tablets are at least 4 MP.

The new INFINITY3-6UR boasts a resolution of 2752 x 2192, for a total of 6 MP. With 6 MP resolution, you can zoom in on a small region-of-interest in your image (such as a single cell in a field with many cells) while retaining an excellent quality for presentations or publications. Or, blow up the full 6 MP image on your poster presentation without worrying about pixilation.

For low-light applications such as fluorescence microscopy, resolution is not the only consideration: if you chop the same size sensor into smaller and smaller pixels, each pixel will receive less light, which reduces your camera’s effective sensitivity.

To maximize the sensitivity of the new INFINITY3-6UR, Lumenera used a new larger 1” format Sony ICX694 sensor. With an approximately 50% larger active surface area than the ICX285, this high resolution camera achieves a more-than-4x increase in resolution with a less-than-2x decrease in effective sensitivity.

For very low-light level imaging, you can use 2 x 2 binning to create 9?m x 9?m “super pixels” which propels this camera to twice the sensitivity of those old 1.4 MP cameras while still providing a 1.5 MP resolution and larger field of view. Each pixel individually has a very high “quantum efficiency” (that’s the probability that a photon of light hitting the pixel will be detected) of 73% for the monochrome version and 68% for the color version.

As you can see in Figure 1, the large format of the new sensor (16 mm diagonal) also gives the INFINITY3-6UR an increased field-of-view compared to the old smaller sensors (typically 11 mm diagonal). Since the field-of-view depends on the magnification of the coupler that attaches the camera to the microscope, depending on your application you might choose finer detail with a 1x coupler or larger field-of-view with a 0.6x coupler.

Finally, let’s look at the speed of the new INFINITY3-6UR. This CCD camera is fast – REALLY fast! There was a time not long ago when we were satisfied if we could record 10 frames per second (fps) on a 1.4 MP CCD camera. The new INFINITY3-6UR raises the bar with plug and play USB 3.0 to capture its full 6 MP resolution at a blazing fast 27 fps. Need to go even faster? If you’re willing to sacrifice a bit of resolution, with 2 x 2 binning you can stream those “super pixels” at 46 fps; or reduce the region of interest a bit further down to VGA resolution (640 x 480 pixels) and you can get 75 fps!

So is it time to replace the old CCD camera on your microscope? Trading up to the Lumenera INFINITY3-6UR will buy you higher resolution, better sensitivity, larger field-of-view, and faster frame rates. 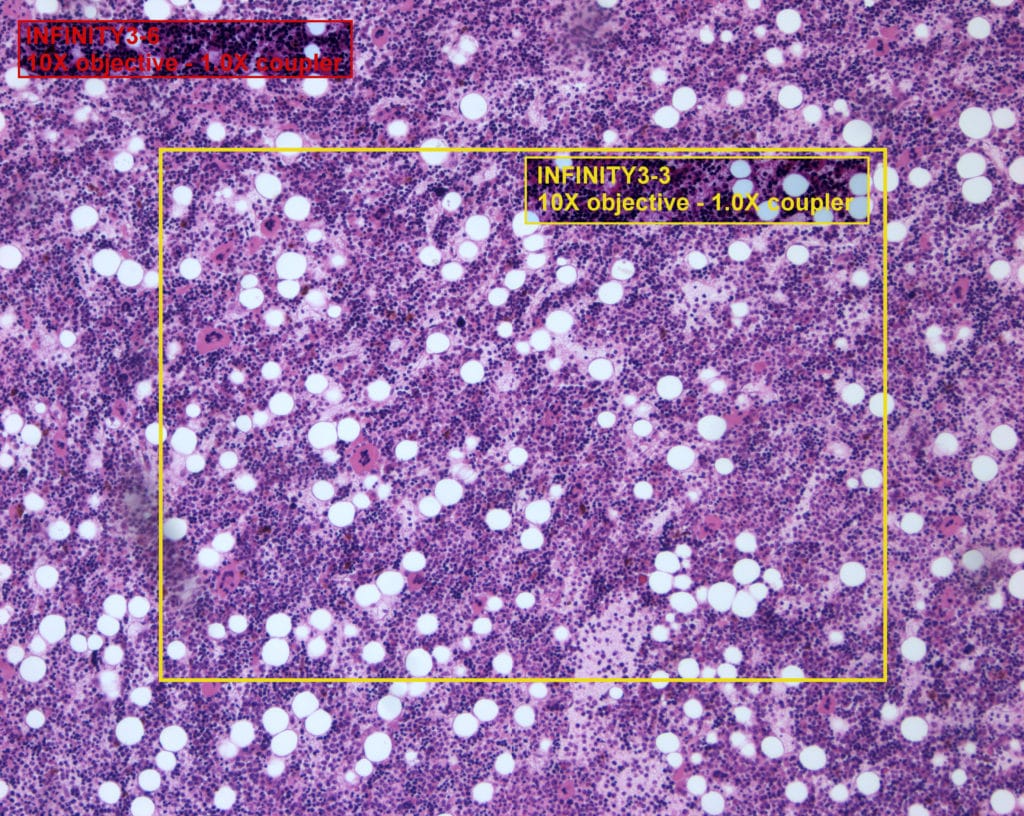