It may seem a bit strange to worry about keeping cells alive while you study their death but doing so can allow you to detect important cellular events in real time.

Live cell imaging studies have become increasingly important for understanding how cancer cells escape apoptosis, or cellular suicide. Apoptosis or controlled cell death is the mechanism by which a cell activates its own death and breaks down into small packets of membrane, ready for the immune system to clean up. Sick or unwanted cells are thereby removed to allow healthy growth and development or maintain status quo in the face of extrinsic and intrinsic stressors.

Cell apoptosis usually occurs in response to stressful stimuli — such as the detection of a viral infection or unfixable DNA damage. It may therefore be surprising that cancer cells — harbingers of constant genomic and metabolic stress — often manage to evade cell apoptosis. But carcinogenesis is a complex mechanism that introduces a series of genetic changes in the cell’s nuclear and mitochondrial genome, modifying the cell’s signaling pathways that trigger apoptosis. 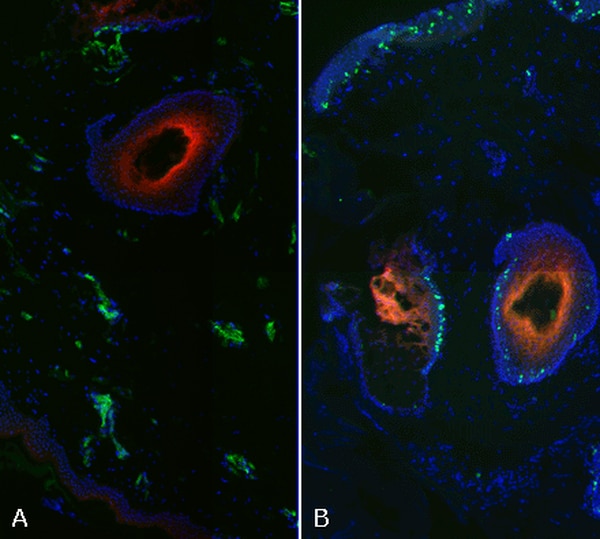 When non-cancerous cells are starved of oxygen, the environment becomes hypoxic and this can trigger apoptosis. However, as tumors often have poorly defined vasculatures, cancer cells often develop mechanisms to survive these harsh environments and the resultant apoptotic signaling. 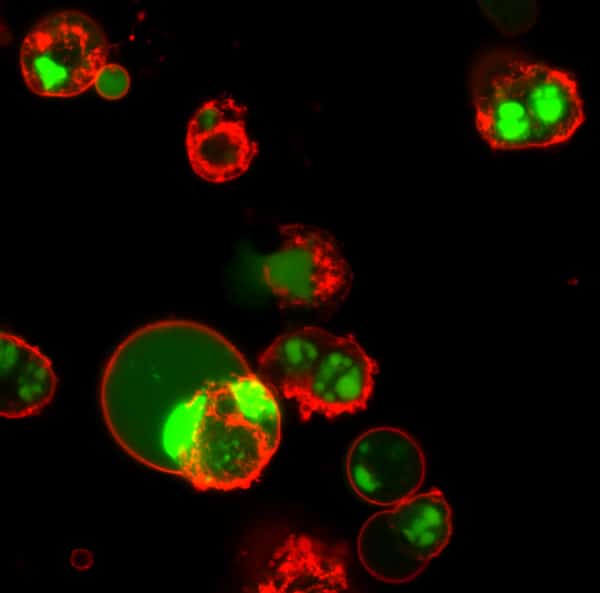 Apoptosis is an energy-requiring, multistep, enzymatic process allowing detection through the expression of its key players at various stages. Shortly after apoptosis is triggered, a number of processes takes place: the membrane phospholipid phosphatidylserine moves from the inner to the outer cell membrane, the mitochondrial membrane potential is compromised, cytochrome c and ATP are released, and specific members of a family of proteases, caspases, are activated. At intermediate stages of apoptosis, different caspases are activated, poly-ADP-ribose polymerase (PARP) is cleaved, nucleases are activated, and the cell begins to shrink. As the cellular process of self-destruction draws to an end, the genomic DNA breaks down, the nuclear membrane dissolves, apoptotic bodies emerge and cellular blebbing sets in. Remnants of apoptotic cells are finally swept up by phagocytosing macrophages.

Annexin V strongly binds phosphatidylserine and is a common method for detecting cells in the early stages of apoptosis. An array of assays that detect mitochondrial damage and the collapse of the mitochondrial membrane potential are also employed in detecting early-stage apoptosis.

Hypoxia, a pathophysiological hallmark of primary tumors that are marked by impaired vascularization brought about by the increased respiratory demand as cancerous cells divide rapidly, is detected by HIF1 immunohistochemistry.

One common feature in all these established apoptosis assays is that they are endpoint assays that involve the use of fixatives or lysing the cell open and quantifying apoptotic components in the lysate. None of these assays are capable of detecting apoptotic events in real time.

Live cell imaging provides additional data on the real-time responses of cancer cells as they induce hypoxia and thrive in a hypoxic milieu and evade physiological apoptosis. Unlike approaches based on quantifying immunofluorescent signals from fixed or lysed cells, live cell imaging allows tracking of individual cells in real time under physiological conditions. Rapid biological responses to environmental changes that are virtually impossible to capture through endpoint assays can be easily observed through continuous live cell imaging, Data obtained through live cell imaging is therefore more relevant and applicable than snapshots at specific time points which can potentially result in misleading interpretations and investigative dead ends.

In addition to keeping cells viable, cells used in live cell imaging applications must also be made identifiable using detectable markers that readily make it through the cell membrane without killing the cell or affecting cellular metabolism significantly or getting degraded in time with extended exposure to light. A range of such markers include vital fluorescent dyes, fluorescent lentiviral biosensors and fluorescent nanoparticles.

The primary advantages to using live cell probes is that they allow real-time analysis, are consistent and easy to use, have low toxicity and are easy scalable for high-throughput studies. On the downside, many live cell probes have low specificity, can leak from cell to cell and emit considerable background auto-fluorescence. Also, the use of live cell probes is time and labor-intensive and despite substantive improvements their lifespan is still limited as they are either degraded with extended exposure to light or quenched in the presence of interfering molecules or upon aggregation. 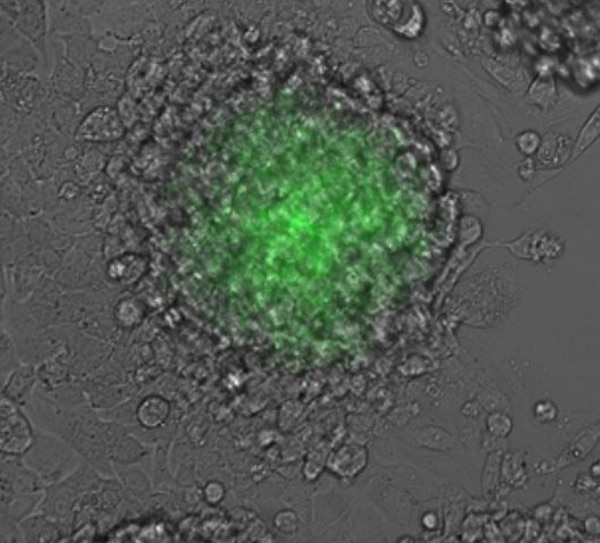 Live cell imaging is conducive for a wide range of experimental approaches and cellular models in the study of cancer cell death. For example, time-lapse imaging of apoptosis in Jurkat cells, a widely used mammalian cell line model in cancer research, has been used to identify apoptotic cells through labeled caspase fluorescence around 3 hours after incubation with CD-95 antibody. And after 16 hours incubation of epidermal carcinoma cells with a hypoxia-detecting dye, the fluorescence intensity of the dye increases to detect hypoxic cancerous cells.

Live cell imaging is revolutionizing how biologists are studying cancer cell death. Advances in dye technologies and the sensitive regulation of cell culture environment are enabling new insights and approaches in understanding the intricate strategies that cancer cells adopt to evade the apoptotic machinery.