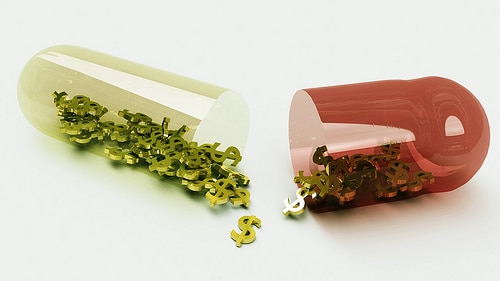 The PLoS Biology article from last time touches on Pharma Corn as well, but only for a short summary. Check out the Journal for Agrobiotechnology Management and Economics (2005) for a more comprehensive article on Biopharming and the Food System.

For Pharma Corn, gene flow *is* a serious concern, and extensive measures are required to contain Pharma Corn. Just think of the consequences of hybridization between corn engineered to manufacture drugs and corn intended for human consumption. What happens if you inadvertantly consume a drug to which conflicts with your body’s chemistry or your correct prescriptions, just by eating an ear of corn.

But okay, the FDA is known for tight regulation of such things, and Pharma Corn doesn’t require much acreage, making containment easier. But look at the situation:

Given the potential risks and liabilities associated with accidental commingling with the food supply, and facing the daunting task of ensuring near-100% containment, the food and the biotech industries have taken a precautionary approach to pharmaceutical crops and support for risk-based regulations. The Prodigene incident case in 2002 illustrates the type of risks facing the food industry. In Nebraska, during the 2002 growing season, APHIS inspectors discovered “pharmaceutical” volunteer corn growing in a soybean field. The corn was from the previous year, when Prodigene had tested a pharmaceutical corn to produce a swine vaccine. As a result, both the harvested soybeans (500 bushels) and the entire soybean load of 500,000 bushels in local elevator were quarantined. In another accident in Iowa, the USDA forced Prodigene to burn 155 acres of conventional corn that may have cross-pollinated with some of the company’s pharmaceutical plants. In both cases, the infraction was viewed to come from Prodigene’s failure to adhere to permit protocols issued by APHIS. Prodigene was fined US$250,000 and required to pay approximately $3 million for the cleanup costs and disposal of contaminated corn and soybeans.

Clearly, “prodigious obstacles” summarizes the situation for Pharma Corn as a agricultural product of the future.