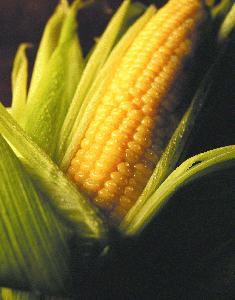 Nature sends word that there’s a big showdown in Europe looming that could affect the long-term prospects for the cultivation of genetically modified crops on the continent. Specifically, environment commissioner Stavros Dimas said “that he plans to reject applications from Syngenta and Pioneer Hi-Bred International for approval to grow two transgenic strains of maize (corn), on the grounds that the crops could adversely affect the environment.”

Oddly enough, the vast majority of corn grown here in the States is genetically-modified, and today’s cultivated corn could not survive in the wild. We’ve domesticated the hell out of corn. And as the Nature article states, “researchers point out that it ignores the recommendation Dimas received from his own scientific advisers,” including a European Food Safety Authority (EFSA) scientific report on both proposed varieties of GMO corn concluded that neither would have “an adverse effect on human and animal health or the environment.” Dimas apparently cites 11 studies published since the EFSA report, which suggest that molecules from these specific GMOs would persist in water or sediments draining from a cultivated field, and may disturb downstream ecosystems.

Huh? GMO molecules (most likely proteins) play a toxic role in the environment?!? How would proteins escape degradation outside of the host organism?

The cited studies have also been called into question, with high-ranking researchers indicating that they were cherry-picked and of questionable quality. I don’t know, as I haven’t read the studies nor do I even know which studies they are, but as I just got done saying, the claims based on those papers sound outlandish.

So what is the big deal? Why the smokescreen and apparent misinformation? Is it economic, that Europe officials want to keep out the American companies and their patents, and protect European agriculture? Is it gullible and irrational fear of the big bad genetically-modified crop?

Genetic modification of domesticated crops is nothing new – we’ve been selecting for desirable genes by artificial selection for thousands of years. We’re just getting a hell of a lot more precise, now that we understand how genes work.