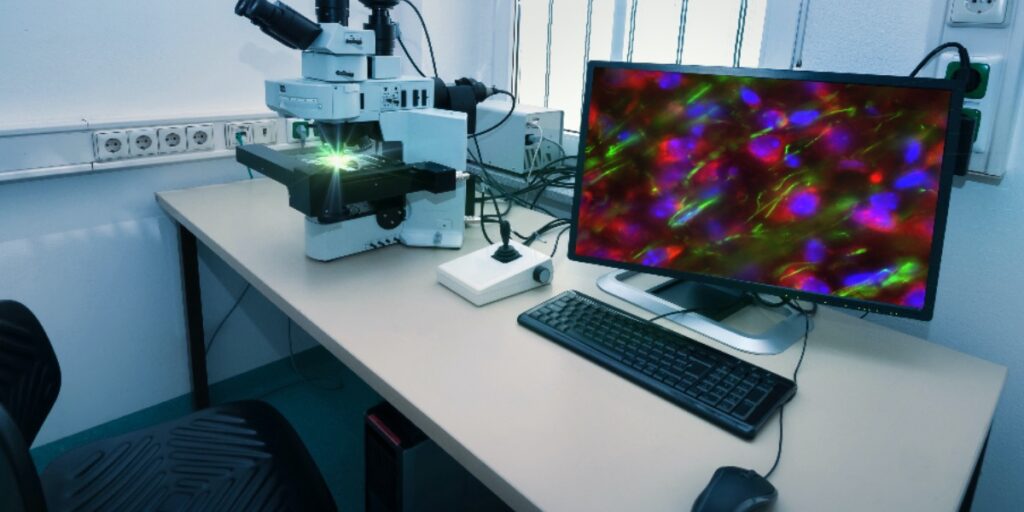 In this article, we’ll talk you through the Point Spread Function.

Suppose that you have a tiny fluorescent object, such as a 10 nm-diameter fluorescent bead or even a single fluorescent molecule, and you try to observe it under a fluorescence microscope.

Provided that the object is bright enough, even though it is well below the resolution limit of your microscope you can still see the object, but it will appear larger than it really is.

Diffraction of light, which determines the microscope’s resolution limit, blurs out any point-like object to a certain minimal size and shape called the Point Spread Function (PSF).

The PSF, then, is the three-dimensional image of a point-like object under the microscope.

The PSF is usually taller than it is wide (like an American football standing on its tip) because optical microscopes have a worse resolution in the depth direction than in the lateral direction.

So What Affects the Point Spread Function?

Also, the Numerical Aperture (NA) of the objective lens that you use affects the size and shape of the PSF.

A high-NA objective gives you a nice small PSF and, therefore, better resolution, as demonstrated in Figure 1 (an interactive version of this figure is available over at ZEISS Online Tutorials).

Surprisingly, the magnification of the objective lens does not affect the PSF—only the NA and wavelength matter.

You can use beads to measure PSFs for the objective lenses on your microscope to determine the resolution of each lens and also to see what condition each lens is in: the PSF of a damaged objective lens is often large and possibly skewed in one direction or another.

Figure 1: Interactive tutorial—The resolving power of an objective determines the size of the Airy diffraction pattern formed, and the radius of the central disk is determined by the combined NAs of the objective and condenser. Left image: image produced by smaller NA. Right image: increased resolution of image by increasing NA. You can access the interactive version of this tutorial over at ZEISS Online Campus.

How Does the Point Spread Function Affect What I See?

Sometimes, a real specimen does indeed have single point-like fluorescent objects nicely separated from each other.

These nuclear foci are small enough that you are actually observing the microscope’s PSF when you image them.

In many cases, however, your specimen is a complicated arrangement of closely spaced fluorophores, and the PSF is not apparent in your images.

Nevertheless, the PSF is hard at work, blurring out every fluorescent structure in your specimen as if tracing out the fine details with a fat paintbrush.

What Can I Do to Improve My Image?

Now, if we take the trouble to measure the PSF for a particular objective lens on our microscope, could we use what we know about the shape and size of the PSF to somehow undo its blurring influence in our specimen?

The answer is, “Yes!”. Mathematically, the blurring of the PSF with the actual arrangement of fluorophores in the specimen is called a convolution of the specimen with the PSF:

It’s no accident that the symbol for convolution ( \ast ) looks like a multiplication since the two operators are related.

We don’t know what the actual specimen looks like, but we record its image in the microscope, and we can also record the PSF.

Practically speaking, we can never fully know what the specimen looks like, but by using iterative deconvolution algorithms we can remove some of the PSF’s blurring influence, particularly in the depth direction where the blur is worst.

Figure 2 shows the results of deconvolution.

Hopefully, this article has provided you with a good grasp of what the Point Spread Function is, how it affects your image, and what you can do to minimize these effects.

If you’re interested in delving deeper, head over to ZEISS Online Campus where you can find a chapter on The Point Spread Function, which goes into more detail about the maths underlying the PSF. 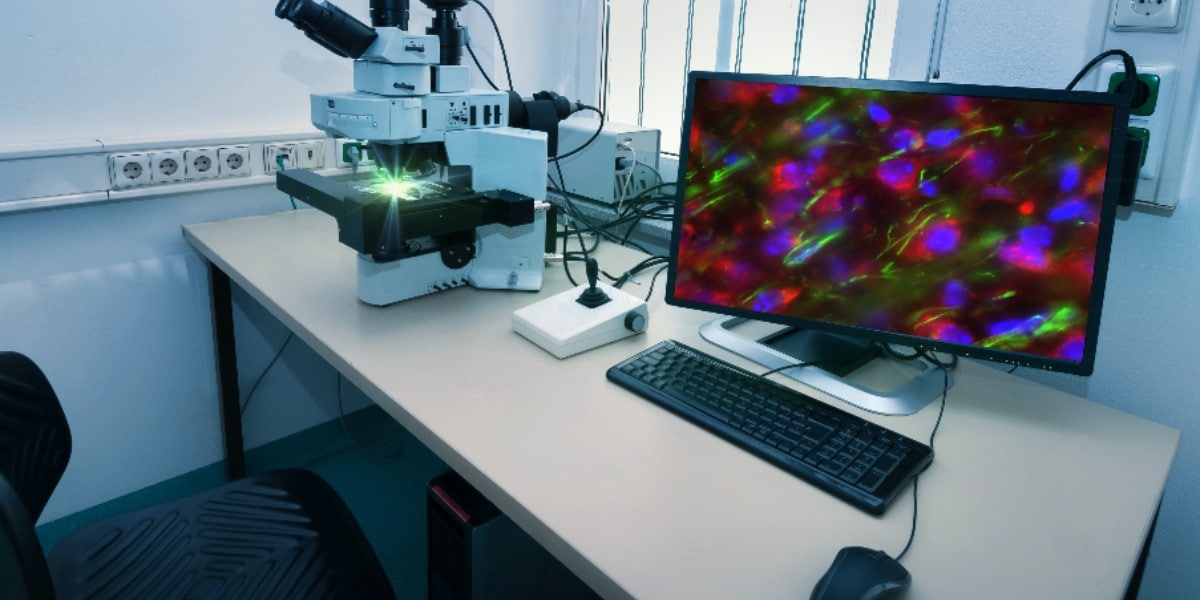