I initially trained as a cell biologist /geneticist studying mitosis in the fruit fly Drosophila. I then moved up the evolutionary ladder somewhat to do post-doctoral work with Bill Earnshaw in Edinburgh, using Xenopus as a model system to search for proteins that interacted with the then little understood protein INCENP.
During this time, I became interested in bioinformatics and in 2002 moved to the Western General Hospital, Edinburgh, UK working for Kathy Evans and David Porteous, developing bioinformatics applications to help interpret genetic studies into the cause of bipolar disorder. In 2006, I moved to my current position in CSBE. From 2006-2008 I worked as a senior software developer working on the Edinburgh Pathway Editor (EPE). This is a graphical editing tool for depicting biological pathways using multiple graphical notations. From 2009, I project manage the team of developers working on Systems Biology Software Infrastructure™ (SBSI™). SBSI™ aims to provide a customizable, extensible systems biology platform for expert modellers and biologists to use.
My software development skills include Java, Perl, XML technologies l and relational database development. My programming interests include testing, Eclipse and usability issues.

Discover more about Richard on their professional profiles

How Text-Mining Tools Can Improve Your Literature Searches

Before starting any new research project, it’s essential that you have as complete an understanding as possible of the current research literature. Knowing what other people have done will prevent you from duplicating existing work, and will perhaps indicate under-explored niches. If you work in the same subject area over a number of years, you… 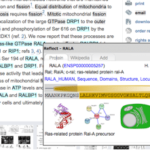 Reflect: A Tool to Aid Your Understanding of Online Articles

Learn how to use Reflect to process the text of any web page and mark up biological words and terms.

When it comes to writing up a research paper, there are many ways to go about it. If it’s just you doing most of the writing, with your supervisor, it is quite straightforward – you can just maintain a single copy of the document and exchange it by email. Software like Microsoft Word can track… 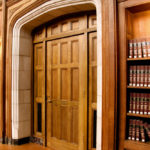 Any research biologist spends a large amount of their working time at the computer, whether it’s writing articles, analysing data or just checking emails. In fact, any new research proposal will likely start by trawling Pubmed and online databases to get the latest information on a particular topic. But have you ever stopped to think…