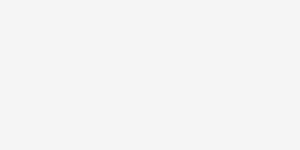 Biosearch Technologies has introduced a cool new technique for detecting and quantifying RNAs in fixed cells. This technique is called Stellaris FISH, and is a clever riff on standard fluorescence in situ hybridization. Read on to find out if this new technology is right for you…and be sure to check out the great video at the end!

Stellaris FISH is a new technology for detecting, localizing, and quantifying messenger RNAs (mRNAs) and long non-coding RNAs (lncRNAs) in fixed cells or tissue. Like standard FISH (fluorescence in situ hybridization), Stellaris FISH uses labeled probes to detect RNA. What makes Stellaris unique is that it employs a mixture of probes that hybridize along the length of the target RNA. In a typical FISH experiment you stain cells with one fluorescently labeled probe (usually around 200 nt) designed to target a specific region of your mRNA. With Stellaris, you hit the cells with over 30 different probes (about 20 nt each), all targeting different regions of your RNA, and all labeled with the same fluorophore. Because you’re using a mixture of probes, each RNA molecule has a much higher likelihood of binding at least one probe; and the more probes it binds, the higher the signal will be. At the same time, false negatives are unlikely to bind more than one probe, so their signals will be a lot lower and easier to distinguish from authentic hits. These two features mean that Stellaris FISH can be both very sensitive, as well as very specific.

Another great aspect of Stellaris FISH is that the protocol is very simple, and easy to do with basic lab equipment. The basic protocol for the method is as follows:

1) Prepare and fix the slides from fresh, frozen, or embedded samples – the cells can be fixed simply in 70% ethanol
2) Stain with the Stellaris FISH probe mixture – the slides need to be incubated with the probe mixture at 37°C for a few hours to hybridize
3) Wash your slides – this gets rid of unbound probes, minimizing background/non-specific fluorescence
4) Image slides on a basic fluorescence microscope

In some cases, you may need to use image analysis software (like ImageJ) for additional image manipulation such as background subtraction. From the images you take, you can count the number of transcripts per cell, and see where the RNAs are located within the cell. You can even detect RNAs being actively transcribed within the nucleus!

Another cool feature of the Stellaris technology is that their probe mixtures can be labeled with all kinds of fluorophores. So not only can you choose your favorite color of fluorescence (generally whatever your scope already has filters for); you can also try your hand at multiplex imaging by labeling two different transcripts with different colors. Also, because of the small size and simple structure of Stellaris probes, you don’t need to treat cells with proteases to permeablize them. Since this decreases the degree of proteoylsis in your sample, it’s actually possible to stain your slides with fluorescent antibodies as well as the FISH probes, so you could even image an RNA and the protein it codes for simultaneously!

What do you think about this new tool for RNA detection? How could you use it in your research?

Check out the video for more info:


And take a look at these publications: