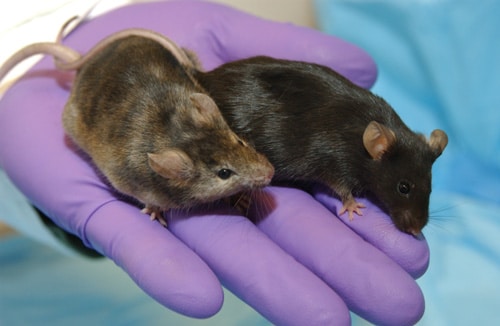 Creationism isn’t the only form of pseudoscience. One form that specifically targets biomedical, and especially pre-clinical, research is that of animal rights activism. Often resorting to terrorism, they are not above arson, home invasion, and vandalism. Groups such as the Animal Liberation Front (ALF) and the Animal Liberation Brigade (ALB) in Southern California and their counterparts in the UK have repeatedly and publicly advocated violence against researchers who use animals.

A couple weeks ago, David Gorski of Science-Based Medicine (which I linked to in last Friday’s “Around the Blogs”) took on the seemingly scientific arguments that some opponents of animal research and animal rights activists like to invoke, arguments increasingly used in addition to the moral arguments that extremists use to justify their actions. Here, I would like to draw attention to David’s article, as a means of sharing my concern.

In particular, he takes on three main forms of the animal rights groups’ “arguments”:

“[These are examples] of demanding 100% perfection or certainty, a bar that no science can ever meet and of concrete thinking typical of extremists,” David writes.

In its most ridiculous form, this argument takes the form of claiming that cell culture and computer models, among other modalities, can give us the same information without animals. The first reason that this argument is ridiculous is that cell culture models tend to be even less predictive of many responses than animal models for many questions and because much physiology depends upon the interaction of different cell types in their native three dimensional matrix. The second reason is that, for a computer model to be adequately predictive, it needs (1) sufficient information to input and (2) sufficient understanding of the intricacies of the physiology and biochemistry. We don’t have either.

Indeed. The status quo invokes the study of (i) all sources of useful information, including cell culture, computer modeling, AND live animal models, in order to avoid the artifacts and imperfections inherent in each method of study; and (ii) the implementation of bioethical regulations to those studies. Thus, I would argue that the emotion-based concerns of animal rights activists have long ago been diffused by ii, leaving them holding a red herring. But as emotion all-too-often does, reason has been short-circuited in their case.

And they’re resorting to violence.