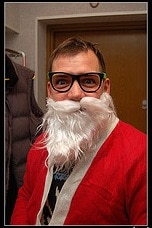 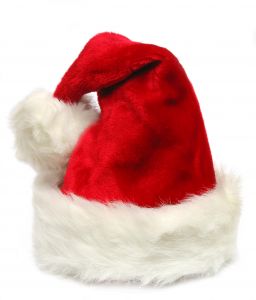 The Bitesize Bio team will be taking a well-earned rest over the holidays and we would like to wish our readers a very merry Christmas. Myself, Dan, Suzanne and Terry have really enjoyed bringing you the best of molecular and cell biology tips, journal articles, news, comment and other stuff over the last four months since the blog started and we are looking forward to bringing you even more information and entertainment-packed articles, as well as some excellent new features, in 2008. We will be resuming our daily article schedule on Jan 2nd.

For our final post of the year, we present a paper written by Larry Silverberg on the science behind Santa Claus. We hope you enjoy it.

Thanks for reading and supporting Bitesize Bio, and see you next year!….

The Premise: To explain the phenomenon of Santa Claus.
Human factors: What human conditions can explain the phenomenon? Why would a community of elves evolve to dedicate itself to such a goal?
Engineering Principles: What instruments and devices would need to be developed. What engineering limitations would need to be overcome?
Science: Which scientific principles would be used? Do we currently have the ability to understand these principles, then why not, and why does Santa understand them?

The following is the story of how and why Santa delivers presents to children based upon the most likely scenario given the human, physical, and engineering constraints that we all live with.

The Expedition to the North Pole
Centuries ago, in a small Norwegian village crime becomes widespread (like biblical
Sodom). Santa and his followers set out on a journey to the North Pole. Life at the North Pole, with its cold weather and its strong winds, is difficult. But the hardship draws Santa and his elves close together. They build elaborate underground dwellings to protect themselves from the harsh conditions, and they learn how to grow their own food in underground greenhouses.The underground dwellings are built using technologies similar to those developed by NASA for moon dwellings. Closed ecological systems are used for agricultural production and for high quality air circulation.

Santa and elves agree to dedicate their lives to goodwill. They write the following constitution: WHEREAS, the great elves of the North Pole are a generous and intelligent people; and WHEREAS, dedication to goodwill is uplifting to the spirit, to each and to all NOW, THEREFORE, we the great elves of the North Pole from this day forward dedicate ourselves to the delivery of presents once a year on the eve of CHRISTMAS day to the good children of the world.

The Evolution of Santa’s Science and Technology
Santa’s society of elves has at least five hundred uninterrupted years to evolve- socially and intellectually. Their understanding of physics and engineering exceeds our own. To deliver presents in a single night, Santa and elves would have researched a means to create more “time” – recognizing that time itself can be stretched like a rubber band, that space itself can be squeezed like an orange, and that light itself can be bent (based on general relativistic principles). It is thought that the first breakthrough came when they learned how to control time, how to control space and how to control light. They would have created “relativity clouds”. In contrast with Santa’s five hundred years of understanding general relativistic principles, our understanding spans less than 100 years – and it’s incomplete. We haven’t unified the electrical and gravitational forces, nor resolved issues associated with wave-particle duality, nor examined singularities and other dramatic curvatures of space-time that could be used to manipulate space-time. Relativity clouds are controllable domains (volumes) within which space-time is controlled. An observer inside a relativity cloud perceives time, space and light differently than an observer outside the relativity cloud. Inside the relativity cloud, Santa has months to deliver presents. Santa sees the world frozen and only hears silence. Upon returning to the North Pole, and leaving the domain of the relativity cloud, only a few minutes go by. The presents are truly delivered in the wink of an eye.

Listening to Children’s Thoughts
An antenna is spread out under the snow. The antenna aperture is a round mesh, a few square miles in size, with mesh spacing on the order of a millimeter to accommodate microwave frequency reception. The antenna receives the electromagnetic waves from children’s’ thoughts. The associated input signals to the computer are divided into different sources associated with children’s brain waves. This is done by a dedicated filtering software platform. The filtering is accomplished using tunable FFTs (fast Fourier transforms), adaptive pattern recognition algorithms, and with artificial intelligent neural networks with automated hidden layer constructions. The listening antenna combines technologies currently used in EKGs, antennas looking into deep space, and cellular telephones.

The Sleigh
The sleigh-port is an underground facility that serves as a command and control center. It houses Santa’s central computer, which has a fully integrated optical-based architecture. The sleigh has a similar on-board computer.Unlike our Shuttle, Santa’s sleigh is a fully autonomous vehicle. At launch, the sleigh downloads needed information, activates the relativity cloud, and initiates the launch sequence. The Sleigh’s dashboard is holographic. It displays cruise control and manual override, the nano-toymaker, the children’s toy lists, and the optimized navigational maps. The sleigh also has two drink holders (for eggnog). Reindeer are equipped with jet packs for propulsion and control. Reindeer are specially bred to balance on rooftops and bio-engineered to see well at night. But we think that Santa really uses reindeer because they’re his favorite arctic animals!

Entering Homes
Relativity cloud is used not only for transportation, but also to “morph” Santa into children’s homes. Sleigh changes some of the relativity cloud’s characteristic parameters to send Santa through the tiniest of openings into the child’s home. Depending on time allowed, Santa has the option to morph the presents from the sleigh to under the tree and not to enter the home himself.

The Presents
The presents are grown on-the-spot under the tree wrapping and all using a nano-toymaker. Nano-toymaker has a toy information database that is kept on the sleigh and a remote control. The database contains toy-making instructions. The remote control initiates the toy-making. Use of a nano-toymaker avoids the need to haul large quantities of toys (reduces payload). It also simplifies and automates the elves’ toy making processes. The nano-toymaker remote control is pointed at toy making material placed under the tree, and a catalyst initiates a rapid crystallization growth process. The process is analogous to inorganic crystal growth of minerals, and snow, and the DNA driven organic growth of biological organs, tissues and other body parts.The toy instruction algorithms could have been first developed by copying the manner in which DNA molecules command the growth of organic material.

Summary
Human Factors: conditions are established that create accelerated growth on the moral and technological levels.
Physics: Santa’s understanding of relativistic principles reaches a point where the manipulation of time-space becomes possible. Relativity clouds are created.
Engineering: Antennas are used to listen to children’s thoughts; An advanced sleigh with jetpacks takes Santa from home to home in 6 “Santa” months (which in our time is in a wink of an eye); Data is processed using an “optical” computer; toys are synthesized in a process analogous to the role of DNA in the growth of biological material.